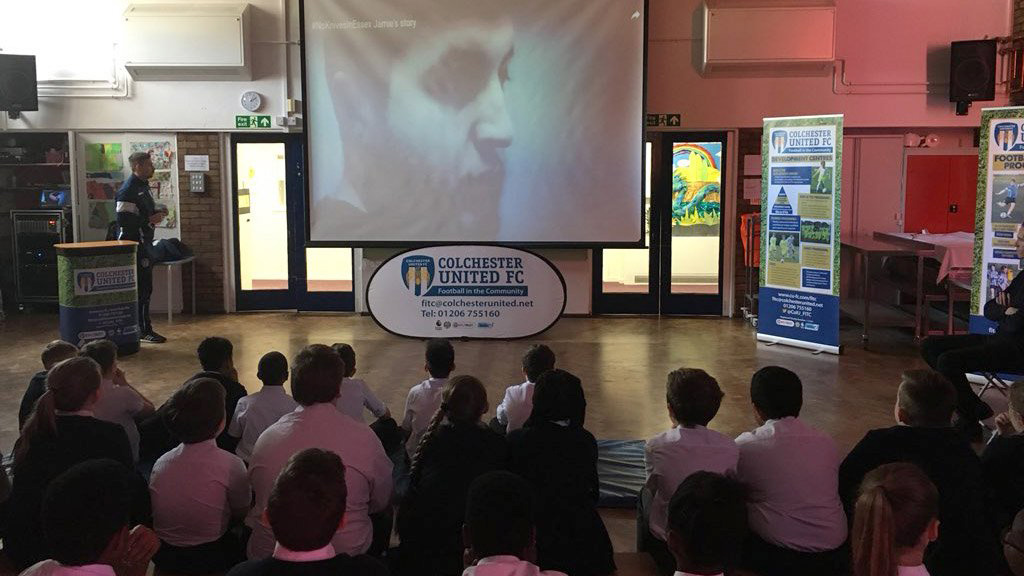 Over 20,000 young people across Essex have now received guidance and advice around the dangers of knife crime, thanks to a leading project run by Colchester United's Football in the Community programme.

The U's 'United Against Knife Crime' project was funded by the Home Office in January 2018 and the second round of delivery to schools and colleges has recently been completed by the scheme’s coaches.

Having also been endorsed by Essex Police, 'United Against Knife Crime' has helped to raise awareness of the dangers of carrying a knife, broadened understanding of the potential links between knife crime and gangs through County Lines and explored the impact that social media and music has had on knife crime.

Henry Singleton said: "Our United Against Knife Crime programme has had some a great reach across the local community since we began delivery in early 2018.

"Although Colchester may not be in a big city location, the influence of serious violence and knife crime through County Lines is something we have seen on our streets in recent weeks throughout Colchester and Essex.

"Our project is ever changing to keep up with the complex issues that surround this subject, which has been making the headlines on the national news of late.

"Alongside various partner agencies, including the constant support from Essex Police, we are looking forward to continuing and expanding our delivery in the future.

"If, through the delivery of our project speaking to young people, we are able to raise awareness, educate and change attitudes toward knife crime and carrying knives it will be a positive step in what needs to be a collective approach alongside various other charities and organisations who are doing fantastic work in diversionary and intervention activities to look after those within our local communities."

Colchester United Football in the Community are delivering their United Against Knife Crime programme in schools and to community groups from September 2020, these sessions can be delivered as classroom workshops or as assemblies and can be tailored to fit the timings required.

For any more information or to book our United Against Knife Crime Project, please contact henry.singleton@colchesterunited.net.