Colchester United host Forest Green Rovers at the Weston Homes Community Stadium on Saturday, in the first ever meeting between the two sides.

Head Coach John McGreal will be hoping for the return of his absentees from the Luton game a week ago, as the U's aim to pick up their first three points of the season.

One player who is set to be named in the squad for the first time is flying forward Courtney Senior, who has made good progress since returning to match action after a year out with a knee injury.

Courtney has been involved in the recent U23s games and will get his first taste of a first team matchday in Saturday's fixture.

We'll have full match commentary of the game on the U's iFollow service, whilst supporters based outside of the UK will be able to watch every kick of the action with our video service!

You can either subscribe for the season, or buy a Match Pass for just £5.

Kyel Reid and Frankie Kent had put the U’s 2-0 up before Liam Noble pulled one back for the visitors in the first 45 minutes.

The second half, however, was one way traffic as Sammie Szmodics, Kane Vincent-Young and Courtney Senior all found the net, completing the rout and giving Colchester United their first win of the season.

Reid gave the U’s the perfect start, scoring inside the first five minutes. The on loan Coventry man was the fastest to react as Szmodics' effort was deflected away from goal, but merely into the path of Reid who finished with ease.

Fifteen minutes later it was 2-0 as Reid turned provider and stood a ball up to the far post where Kent was waiting; the Young Player of the Year looped his header back across goal and into the far corner, leaving Collins helpless once more.

Before the end of the half, Szmodics had another glorious chance to restore the U’s two goal cushion, but after a delightful piece of skill his shot went the wrong side of the post.

Walker was also called into action once more, making himself big and saving Christian Doidge’s effort right on the stroke of half time.

The second half however was one way traffic. Tariq Issa came on for his home league debut shortly after the break and played a vital role in the third goal.

Szmodics had been causing issues for the Rovers defence all day, and with 65 minutes gone he finally got his reward. Issa put in a dangerous cross and Sammie’s initial shot was blocked, fortunately the ball came back his way and he converted at the second time of asking.

Nobody in the crowd would have predicted what was to follow.

With the game entering the final fifteen minutes, Kane Vincent-Young picked the ball up inside his own half and began to travel towards the Forest Green goal.

Szmodics and Wright were then replaced by Tommy O’Sullivan and Courtney Senior, with the later making his professional debut for the club.

The two combined to see of the visitors, with Senior sending O’Sullivan through on goal with an excellent ball. His dinked effort was tipped away by Collins but only into the path of the onrushing Senior, who tapped the ball in and completed the scoring.

It was a strong performance from McGreal’s men, who will look to build on this performance in the league away to Cambridge next Saturday.

Wednesday is the last day for posting out tickets for the U's game against Forest Green Rovers.

The U's take on Rovers for the first time at the weekend, as they look to grab their first three points of the new campaign.

The club's Ticket Office will post out tickets on Wednesday afternoon, but don't forget you can also use our Print At Home service to book your spot for the latest League Two clash.

Meanwhile, tickets for Cambridge United will come off sale on the afternoon of Thursday August 31st, but tickets will be on sale on the day at the Cambs Glass Stadium.

Ticket details for the next away game are HERE. 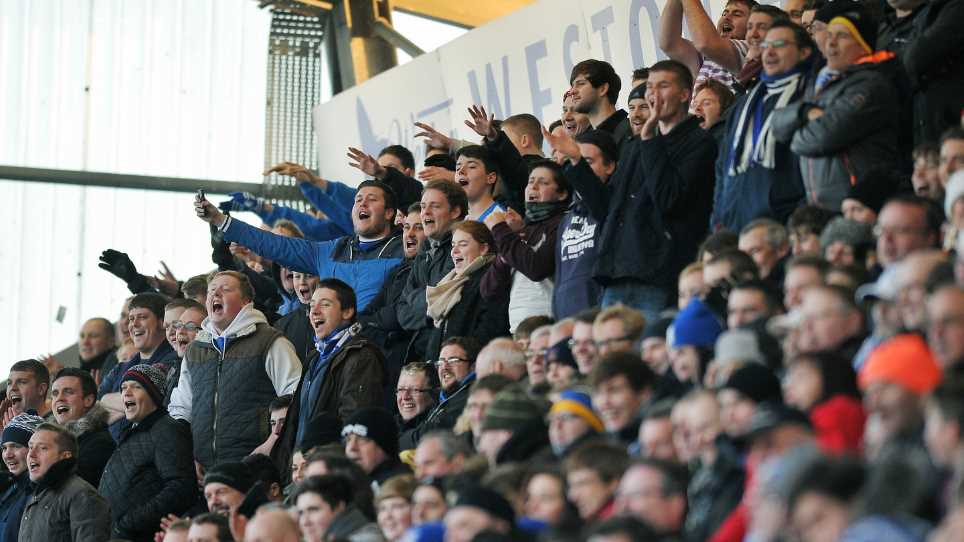 Forest Green Next Up


Colchester United will look to get all three points this weekend when they take on Forest Green Rovers in the first ever meeting between the two sides.