Colchester United get their Checkatrade Trophy action underway on Tuesday night with the visit of Reading U21s in the first group game.

Fresh from a 5-1 win over Forest Green Rovers on Saturday, the U's will look to build on that with another victory ahead of a tough game at Cambridge United at the weekend.

After helping the U23s to a 2-0 win over Hull City on Monday, Charley Edge has been added to the squad that beat Forest Green.

The U's will also face Gillingham and Southend in this year's competition, and the two teams come face to face in Kent on Tuesday.

Tickets for the game can be bought HERE and fans are reminded that there is no shuttle bus service for the match, plus the Park & Ride car park is also not available on this occasion.

Colchester United picked up two points in their first Checkatrade Trophy game of the season, after running out winners in the penalty shoot out at the end of the match.

Penalties were required after some incessant U's pressure in the second half ensured they pulled level late in the game to see affairs end all square.

Eoin McKeown's first goal for the club on his debut made it 2-2 with Sammie Szmodics opening the scoring early on, before two crisp finishes had Reading in front at half time.

Szmodics had repeated his feat of the weekend of putting it one side of the defender and going the other, and this time he got onto the ball to bury it past the keeper.

The U’s then went close on 14 minutes when Wright showed an equally good touch to beat his man and he smashed his shot into the top of the side netting.

The visitors were level just before the twenty minute mark though as Barrett broke through and buried an unstoppable shot past Gilmartin into the bottom corner.

The U’s kept probing for the next goal, though, with Szmodics having a long range shot deflected wide and Cameron James heading inches past the far post from a corner.

The visitors were dangerous on the counter and had another chance ten minutes before half time as Smith got a shot away on the edge of the box, but saw his effort turned away by Vincent-Young.

The U’s then went close five minutes before half time when a free kick was cleared to Diaz Wright on the edge of the box and his dipping volley went just over.

They fell behind two minutes later, after Eastman was robbed of the ball 35 yards from goal and House powered away before slotting his shot into the bottom corner.

The U’s made two changes at the break, introducing Jackson and O’Sullivan for Vincent-Young and Szmodics.

After Murray saw an effort deflected just over, O’Sullivan then had one blocked at the near post as his clever run ended with a flicked shot.

The first ten minutes of the second half was all Col U and Mandron saw a header cleared off the line. The ball remained around the Reading box and a Drey Wright shot on the turn forced a good save out of Legg.

Mandron then nearly turned provider, setting Issa away into the box but his opportunity to shoot was taken away by a fantastic tackle by Holmes to clear the ball.

Next, another corner saw the U’s work the ball to Murray on the edge of the box and his low zipping shot was turned around the post by the keeper.

Legg was proving to be a key man for the visitors and pulled off another excellent stop to deny Drey Wright’s powerful header from a central position.

Chances were at a premium for the visitors in the second half, but Gilmartin had to use all of his height midway through the half to tip away an effort bound for the top corner.

Jackson cut in off the wing with nineteen minutes to go and drilled in a left footed effort that Legg held really well under pressure.

Two minutes later, Mandron was again unfortunate not to add to his seasonal tally, as he had a header cleared off the line for a second time.

The U’s introduced Eoin McKeown for his first team debut with twelve minutes to go, coming on for Tariq Issa.

Jackson’s throws were causing problems for the visitors’ defence and one was cleared as far as James, whose drilled shot was held – just about – by Legg.

The U’s centre half then hit the crossbar as he got up highest at a corner, but it clipped the top of the woodwork and away to safety.

They worked the ball down the right hand side and some fantastic skill in the box saw Eastman square it for McKeown to turn it home under pressure from a defender.

Mandron went close again with another header well collected by Legg, as the U’s went searching for a third.

O’Sullivan then tried a shot from distance that dipped just over the bar and, despite a half full of U’s pressure, there would be a penalty shoot out to decide the winner of a bonus point.

The first eleven penalties were scored but Joel Rollinson was the unlucky man to miss his spot kick as Rene Gilmartin turned it away.

The U's host Gillingham at home in the next group game, knowing a win would put them in the box seat for qualification to the knockout stages.

Colchester United take on Reading U21s in the first of their Checkatrade Trophy matches on Tuesday night.

Supporters are reminded that there will be no shuttle bus service for this fixture and that the Colchester Park & Ride will also be closed on Tuesday night.

Parking permits remain available in the stadium car park and can be purchased online using our Print At Home service.

Tickets for the game can be bought here. 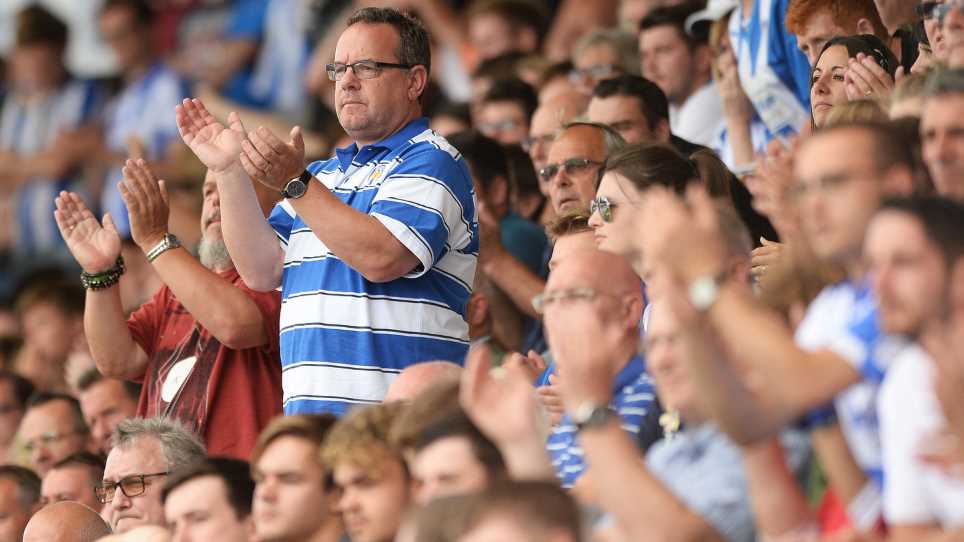