Colchester United goalkeeper Ethan Ross could make his home debut on Saturday afternoon, as the U's look to keep up their push for a play-off spot.

With Dillon Barnes serving a suspension for his red card at Yeovil on Monday, Ethan is in line to retain his place against the promotion chasing Dons.

The U's will keep an eye on Rene Gilmartin's fitness as he returns from injury, whilst they also have Bailey Vose available after he returned from his lengthy loan stint at Dartford.

Kane Vincent-Young missed the game at Yeovil with an abdominal injury and he will be another the U's will make a decision on ahead of the game against Paul Tisdale's side.

The match is expected to see one of the biggest home crowds of the season, with a decent travelling contingent matched by a strong home support for the last home fixture of the regular campaign.

The game will also see fans in the South Stand carrying out a display as part of Blue & White Day, with the U's players having contributed oto the collection to buy balloons and other materials for the season finale.

Tickets remain available at the Advance Rate online until 2.00pm on Saturday, so book your seat and be prepared to cheer the team on throughout the ninety minutes!

Colchester United took their play-off hunt to the final day, after an impressive 2-0 win against promotion contenders MK Dons.

Goals at the start of each half from Sammie Szmodics and Frankie Kent ensured that a confident U's collected all three points and they could have had more than the two goals they finished with.

A late Exeter goal meant that things stayed as they were, with the U's two points off seventh, but there's all to play for in the trip to Lincoln next Saturday.

The U's enjoyed the perfect start to the game as, after the second of two early corners was cleared only as far as Szmodics, he rifled home a low finish into the bottom corner.

It was the start of a frantic beginning to teh game, and Nouble was presented with a great chance by Szmodics, but his placed shot under pressure from Houghton was an easy save for the keeper.

Szmodics was almost in the right place at the right time, but Nouble's cross was just behind him.

Szmodics then turned provider and it was on its way to Nouble, but it went through Houghton's legs and beyond the U's man.

And, in what was a first positive first quarter to the game, Nouble got in on goal but pulled his shot on the angle wide of the far post.

The Dons' first sight of goal came on 28 minutes, when it fell to McGrandles, but he pulled his effort off target.

And they went closer sixty seconds later, when Wheeler was first onto a cross from the right, but it smacked off the face of the bar.

Having sustained plenty of Dons pressure in the subsequent fifteen minutes, the U's nearly made it two just before half time.

Senior nicked the ball, burst forward fifty yards and bore down on the goalkeeper, but Nicholls stood strong to palm away his shot.

Having started the first half with a goal in two minutes, they got a second three minutes after the restart.

It started and finished with great work from Kent. He stepped in to win the ball in the U's box and drove forward to the halfway line.

The centre half followed the ball fortward and was on hand to calmly slot home Szmodics' cross with a first time finish.

It was a fine start to the half and Szmodics was first denied by a great block from Martin and, from the resulting corner, hit a volley similar to his first half goal that was deflected inches wide of the target.

The visitors went close when a shot across the face of goal was deflected just wide, but the U's stood strong to the two set pieces that followed, before Aneke headed the ball well off target.

The U's made their first change of the game on 72 minutes when Mandron replaced Eisa, with Nouble moving out wide.

The home side should have sealed the game when Senior got away, but the keeper again stood strong to deny him.

The visitors thought they had a route back into the game when Agard converted after Aneke's shot hit the post, but their celebrations were cut short by the linesman's flag.

The U's introduced Luke Norris as injury time got underway, and he tested Nicholls with a fierce shot, but the keeper stood firm.

And whilst the Dons threw numerous crosses into the box, the U's dealt with them admirably to ensure another clean sheet and three vital points.

If you're all going to Lincoln, clap your hands...

Coming to Saturday's massive home game with MK Dons? Then grab your tickets at the Advance Rate!

Tickets are available at the Advance Rate online until 2.00pm on a Saturday, giving you the chance to make savings, even with a last minute decision to attend!

The U's are expecting a big crowd for the weekend fixture, with the Dons due to bring around 1,000 of their supporters for the Saturday showdown.

Tickets in the Family Area are selling quickly, with Block E7 close to selling out.

If you're aiming to come to Saturday's game, we'd advise buying in advance to give you the best chance of getting your preferred seat!

How about Match Credits?
Coming to the game on Saturday with a big group? Match Credits could work well for you!

Match Credits are available to purchase via www.colutickets.com in multiples of five games (5, 10, 25, 50 and 100). These credits are then kept on your account until such time that you decide to redeem them against a game you'd like to attend.

So if there are five or ten of you coming at the weekend, buy credits and redeem them against Saturday's fixture - any you have left over will last for a further twelve months! 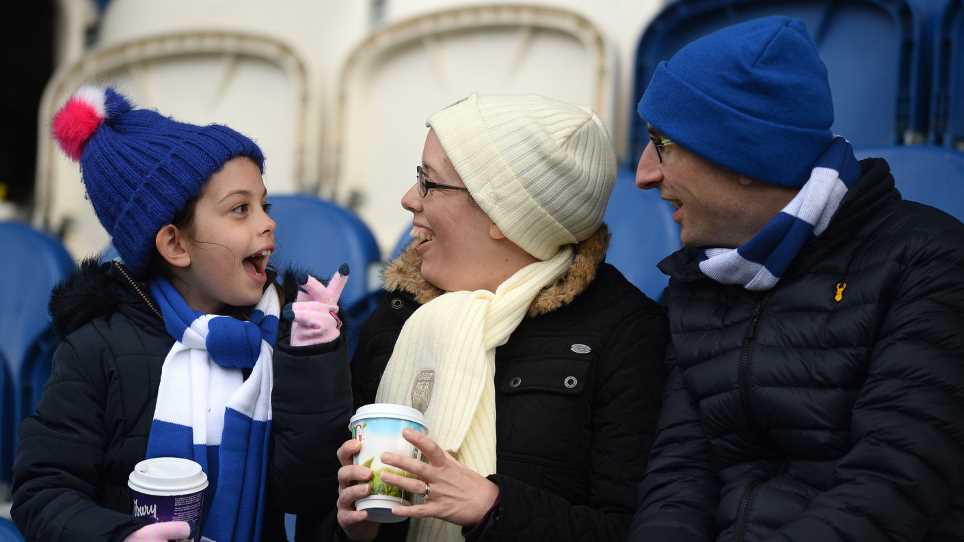 
Colchester United's crunch game against MK Dons is drawing ever closer and tickets are selling quickly ahead of the match. 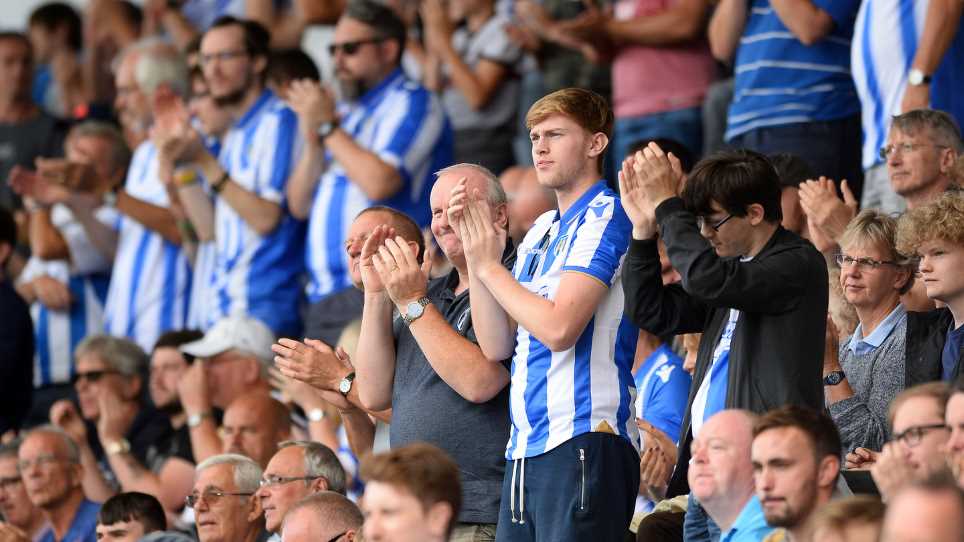 
Colchester United and MK Dons come head to head at the JobServe Community Stadium on Saturday, with both teams eager for the three points to strengthen their promotion hopes.