Sammie Szmodics' superb strike saw the U's move back up to third on Saturday afternoon, although the home side had to settle for a point in the battle of the promotion chasing sides.

The home side had had the better of it in the first half and took the lead midway through the second through Sammie's seventh for the season.

They were quickly pegged back through a scruffy Jayden Stockley equaliser and neither side could find the decisive third goal to secure the win.

City become only the third side to stop the U's winning at home this season as things remain tight at the top of League Two.

The U’s were within inches of a goal after just five minutes when good work by Senior saw Kensdale lash in a shot that was cleared off the line. From the corner, Szmodics volleyed just wide.

City came back into the game after that initial U’s flurry, but it was the home side that were next to go close again.

Senior worked the ball into the path of Szmodics and his angled drive went inches past the far post with Pym beaten.

The U’s number ten was keen to get on the scoresheet and he turned a Senior free kick towards goal that forced a fine reaction stop out of Pym in the Exeter goal.

At the other end, Barnes did really well to deny the onrushing Abrahams, who got in behind the U’s defence, only to be denied by some brave keeping.

With ten minutes to go to half time, the U’s went close again, as Jackson’s shot went just past the far post with the aid of a deflection.

And a deflection came to the U’s aid on the stroke of the interval, as Abraham’s shot on the turn went inches wide with a nick off of a U’s player.

Goalless at the break, the U’s started the half strongly, as first Szmodics and then Nouble went close to breaking the deadlock as they sought the first goal.

But City were a threat, too, and Kent defended well to deny Abrahams’ shot, with Stockley heading just over from the corner.

The U’s quest for a goal went on, and Szmodics dropped it back to Nouble on 65 minutes, but his shot was again saved by Pym.

Szmodics finally got his reward midway through the half. He was set up by Senior and struck a fine volley past Pym and into the net.

City were level within three minutes though and it was a scruffy one as twice the U’s blocked the ball but it broke again to Stockley who stabbed home from close range.

The U’s went again in search of a second goal, but it was scorer Stockley who was next to go close, bending a free kick just past the post with Barnes flying to his left.

The home side made their first change with four minutes to go, as Senior was replaced by Gondoh to give them fresh legs down the right.

Dickenson was then introduced for Mandron and the U's had the better of it in the remaining minutes, but neither side could find that crucial third goal of the game to secure victory.

Colchester United take on Exeter City on Saturday, with both teams aiming to get themselves back into the top three with a win at the

The Family Area is already starting to look busy, with Block E7 close to being full ahead of the visit of the Grecians on Saturday.

Remember, U11s go for FREE to every League Two home game, meaning it's a great value day out for you and your family at the JobServe Community Stadium.

Get your tickets for Saturday's game now and beat the queues!

Parking is also starting to sell quickly for Saturday's match and, if you're hoping to park at the stadium, we'd advise getting your permit on Friday to avoid disappointment.

We look forward to welcoming you on Saturday! 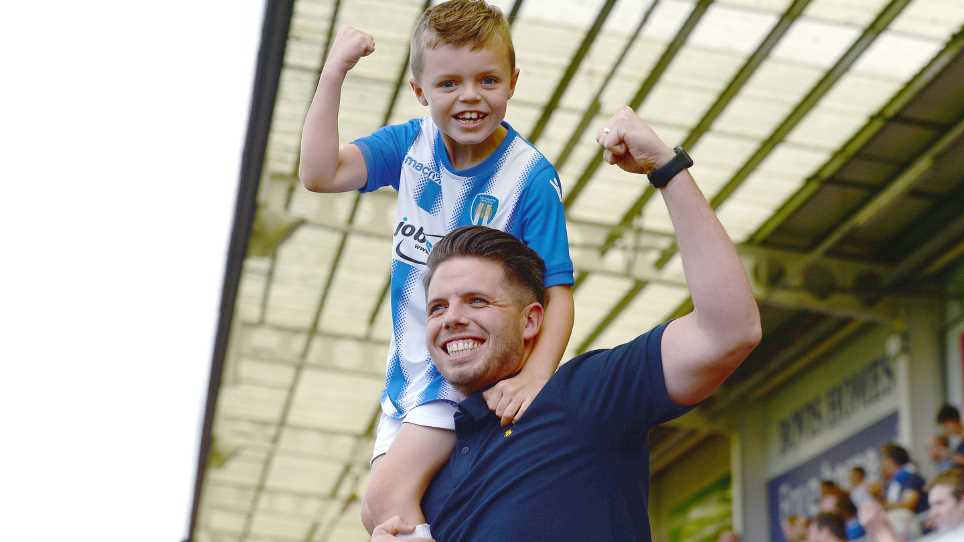 
Colchester United take on Exeter City at the JobServe Community Stadium this Saturday, as the U's aim to regain their place in the automatic promotion spots.