The U's host League Two leaders Lincoln City on Saturday afternoon, as they aim to make a statement of intent about their promotion ambitions.

John McGreal's men have been red hot at home this season, winning five out of seven and scoring at nearly three goals a game in the process.

Saturday will present the toughest test yet, with Danny Cowley's side having only lost twice all season.

John is keen that his side build on their good start to the season, saying: "There’s only a third of the season gone and we’re in a healthy position.

“The main thing is that we have to keep working hard, because you do get your rewards if you do that.

“I think it’s been a terrific start, but it’s only a start and it’s a tough division and there are fine margins, so we need to keep going."

Tickets will remain at the Advance Rate until 2pm online ahead of the game and you can book your seat by visiting our ticketing website.

Colchester United put in a strong display on Saturday afternoon to topple the league leaders and make a statement about their own promotion intentions this season.

Frankie Kent's goal was enough to separate the two sides, and the U's were strong in both halves of the pitch as they matched up the league leaders.

In the second half, they had opportunities to extend that advantage, but ensured they kept yet another clean sheet to consolidate their position in the promotion race.

They sit just a point off the top three and will be full of confidence after this win.

The away side started the stronger, but there were no real chances in the early moments of the game.

Vincent-Young drove into the area on eleven minutes, but he was just squeezed out for a corner as he went to shoot.

But the wait for a genuine sight of goal lasted until just before the half hour mark, when the U's took the lead on 27 minutes.

A corner came off Nouble and was well saved by Vickers, but Kent was first on hand to tuck home the loose ball.

There was a bit of an edge to the game, with Senior and Pett going into the book, with the Lincoln man catching the escaping U's man.

Lincoln hadn't really tested Gilmartin in the first half, but it looked like Akinde might get a shot off with five minutes of the half to go, but Prosser put in an outstanding tackle to deny the visitors.

The U's went into the break ahead and started the second half on the front foot.

After Andrade's effort was blocked, Szmodics had his effort repelled before Nouble's follow-up went behind for a corner.

Szmodics was then set up by Jackson, but lifted his effort well over the bar.

City's aerial threat would be a danger in the second half, but Gilmartin punched well under pressure as the game began to open up.

Senior, who had had an outstanding game, drove just over as a free kick came back to him, before Wilson went into the book for a trip on Vincent-Young.

Jackson was the next to go close as his low driven shot was well saved by Vickers with ten minutes to go, as the U's looked for a second.

Eastman was then introduced as the U's went 3-5-2 to repel the longer balls into the box in the dying stages.

Senior's stint came to an end with two minutes to go and six minutes of additional time were signalled for the U's to see out.

The U's defended stoutly, making sure they protected Gilmartin in the dying moments.

And then, right at the death, Gilmartin pulled off a stunning save to deny the visitors from a free kick.

The final whistle then blew, and the U's celebrated an important win for their promotion hopes.

Tickets are already selling well for the weekend's top of the table clash against Lincoln City.

The U's Family Area is already looking set to fill up, with E7 well on the way to being sold out.

The match against the league leaders will be a good test of both sides' promotion ambitions and, with the visitors expected to bring in excess of 1,000 fans, it promises to be a good atmosphere.

If you're thinking of coming to Saturday's game, don't leave it too late to book your seat!

Parking is also selling quickly in the stadium car park, and you can also book online for Saturday's match.

Don't miss out on the biggest game of the season so far! 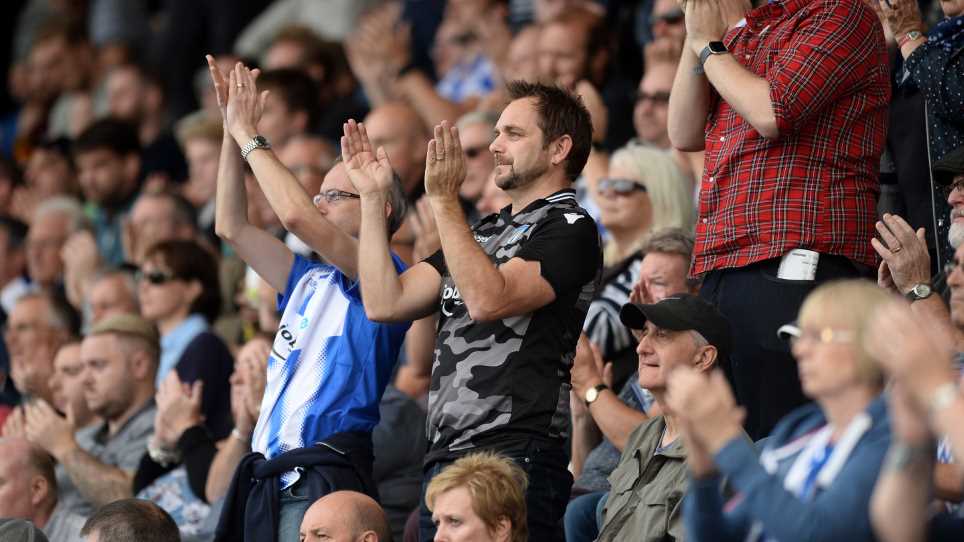 League Leaders Next At Home


Colchester United take on Lincoln City in their latest home game, as they aim to get up into the top three in League Two.