Almost 50,000 football fans came together last weekend to watch and listen to their team play live as the new and revolutionary iFollow streaming service made its English Football League debut.

Officially launched earlier in the summer, iFollow looks set to shape the way EFL supporters abroad gain access to their team on match days by allowing them to watch live and uninterrupted coverage for the very first time in English Football history.

This season, more than 1,500 matches are being made available to watch in HD through the iFollow network, and across the opening weekend 31 matches were streamed exclusively live and watched in 131 different countries.

That includes the U's game at Accrington, as fans from across the globe tuned into the game at the Wham Stadium. 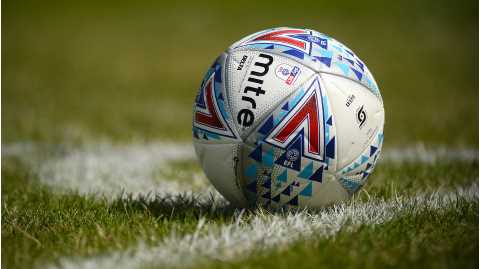 iFollow has been optimised for all devices and fans based in the UK and Ireland don't miss out as they still also have access to live audio commentary, highlights packages and exclusive content as part of the new offering, rebranded to replace the EFL's former PlayerHD platform.

EFL CEO Shaun Harvey said: "It was a fantastic opening weekend for iFollow. With over 270,000 active fans of EFL Clubs living outside the UK, we want to revolutionise the way they follow their team.

"With the first round of fixtures being streamed live in 131 countries outside the UK and almost 50,000 people either watching or listening, we're providing them with something they've never had before and that's what's important for fans and, importantly, our Clubs.

"We will now look to evolve and grow the service over the coming weeks and months to not only provide excellent value for subscribers, but to ensure iFollow is the benchmark for live video and audio streaming in world sport."

Whilst almost 50,000 fans were live streaming matches or listening online, 426,500 fans made their way through the EFL turnstiles across the opening weekend, a 7% increase on last season and the highest cumulative opening day attendance since the 2009/10 season.

On the pitch, the new Goal-Line Technology (GLT) was called into action in the Sky Bet Championship for the first time at Portman Road. The incident occurred in the match between Ipswich Town and Birmingham City, in which the hosts won 1-0.

Harry Redknapp's side were denied a first half goal after the new hawk-eye technology showed that the ball had not crossed the line following a save from Ipswich goalkeeper Bartosz Bialkowski.

The decision to install GLT was made by Championship Clubs earlier in the year in order to assist referees and their assistants in making crucial decisions whereby there is doubt as to whether the ball has crossed the line for a goal or not.