New Colchester United goalkeeper Rene Gilmartin believes he has joined the perfect club for the next stage of his career.

The 30-year-old has held a long standing interest in coaching during his footballing life and his player/coach role with the U's first team will give him the chance to take that next step.

Speaking to the official website on Friday, he said: "This is a fantastic club with fantastic facilities. There are some great people here and it's a truly professional environment to work in, which is so important for success. I feel privileged to have been given this opportunity.

"The move to Colchester fits in perfectly with my aspirations as a coach and as a footballer.

"I had a great upbringing with Mick Halsall at Walsall and he was a great person to speak football with. I'd done my Level 2 at 19 and rolled straight into my UEFA B badge aged 20. I was always helping at the academy in the evenings and it was a good learning opportunity for me."

The switch to the Weston Homes Community Stadium ends a three year association with Premier League Watford, with Rene now working with Sam Walker and Dillon Barnes, whilst pressing his own claims for a first team spot. 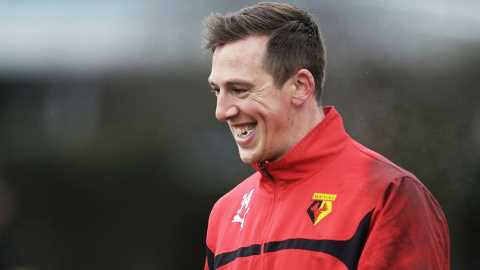 The Irishman was grateful for the opportunity that the Hornets had given him: "At Watford, as third choice keeper, there was a lot of time made available for me to with the U18s and U23s and I am grateful for the chance that Watford gave me to work with those players.

"This is a new role for me and the club, but I will be working out the balance of time between coaching and playing.

"Paul Smith has just joined to look after the Academy keepers and we have had a number of chats already. We have had time to work with the younger keepers to see the standard here and work out their respective strengths and weaknesses.

"As far as Sam and Dillon are concerned, their attitude and application has been second to none. They have adapted to a new coach with new sessions and they are both looking like they really want to progress."

With a trip to Carden Park on the horizon next week, Rene is looking forward to the chance to get to know the whole squad better.

And, upon his return, he is keen to throw himself wholeheartedly into U's life.

"I have been friends with Corin Haines (U's Head of Community) for a while now," Rene explained.

"When I was at Watford, I was really keen to get involved with the community programme there and that's something I'm looking forward to repeating during my time at Colchester."

You'll be able to see the full interview with Rene on iFollow next week.

To sponsor Rene's kit for the new season, contact our Commercial team on 01206 75202 or commercial@colchesterunited.net.