The 2017/18 fixtures for all three divisions of the Sky Bet EFL - including Colchester United's own list of 46 games - will be released at 9am on Wednesday 21st June.

Supporters of all 72 Clubs will be able to find out their team’s schedule for the whole of the upcoming campaign, which kicks off over the weekend of Friday 4 to Sunday 6 August, by visiting www.efl.com or individual club media channels.

The matches selected for live broadcast from the opening weekend’s fixtures will also be announced by the EFL and broadcaster partner Sky Sports. 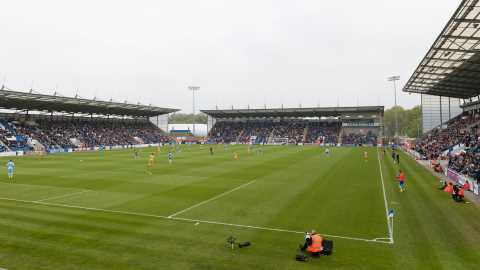 The first round of matches available to overseas viewers via the new iFollow platform will also be confirmed later on Wednesday afternoon.

In addition, the Carabao Cup Round One matches picked for live broadcast on Sky Sports will be announced on Tuesday 20th June.

The U's were paired with Aston Villa on Friday afternoon, to provide an exciting start to the new campaign.