The dates have been confirmed for the Sky Bet EFL Semi-Final Play-Offs with 12 season-defining fixtures set to take place over nine days across the Sky Bet Championship, League One and League Two.

EFL Clubs from League Two get the action underway on Thursday 9th May, with the first legs in all three divisions due to be completed by Sunday 12th May. The schedule also includes three fixtures in one day on Saturday 11th May in the Championship and League One.

The Play-Off Semi-Final second legs will take place between 12th-17th May, where a trip to Wembley Stadium and the opportunity of promotion awaits.

The Finals weekend at Wembley will take place across the May Bank Holiday, with League Two on Saturday 25th May, League One on Sunday 26 May, and the Championship finale on Monday 27th May. 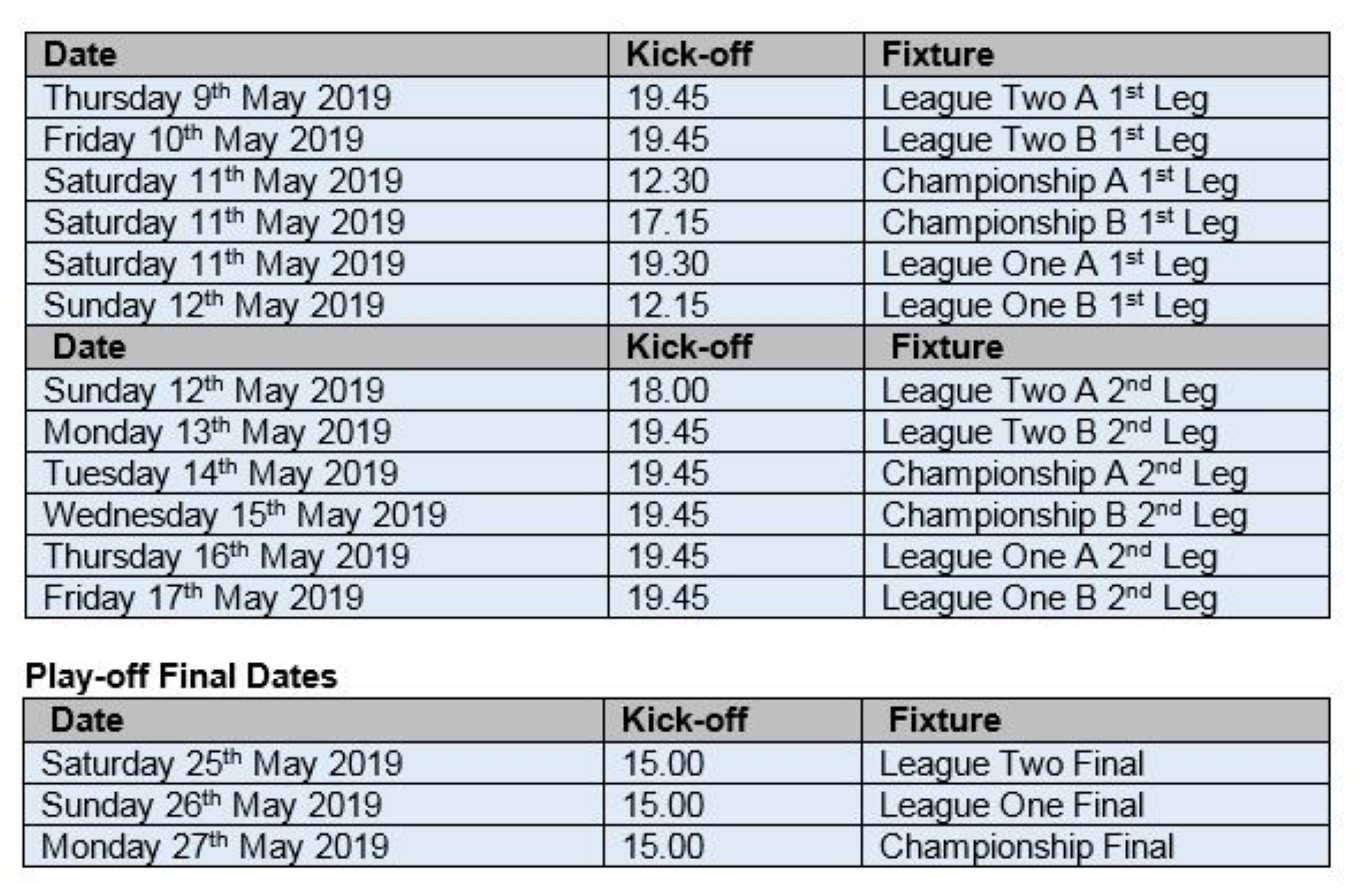