As announced earlier, tickets for the Carabao Cup Quarter-Final are going to be made available online from 6pm Wednesday 20th November.

As per usual, we will be prioritising access to the tickets and the following order of priority will apply:

The plan below shows the areas of the stadium that Manchester United have made available to us and it also shows the cost of an adult ticket.

Manchester United have insisted on tickets being sold in a particular order, which will be those in the East Tier Two Stand first followed by East Tier East One Stand, then in the South-East Stand and finally in the South Stand.

Wheelchair/Ambulant/Carer tickets can only be purchased from Thursday morning at 10am in accordance with the Priority group timings, and only by phoning 01206 755161 or in person at the Ticket Office.

Please note that we have been allocated a limited amount of carer tickets, so these will be sold on a first come/first served basis.

To adher to the home club's sales procedure, we are selling tickets in a strict order. Please note that tickets purchased cannot be exchanged or refunded due to the seating locations purchased. 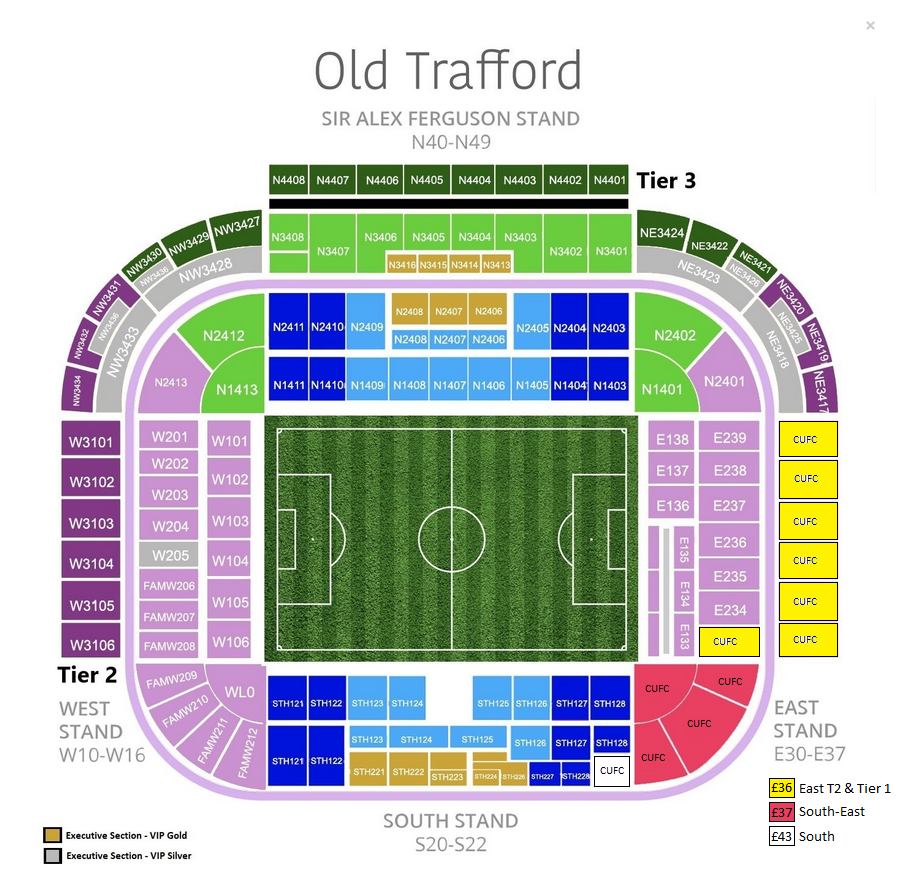 The Price Details including concessions are as follows: