An empty Vale Park is the venue for this weekend's game with Colchester United going in search of their third win in a row, after victories against Grimsby and Scunthorpe United.

The U's will go into the game full of confidence after picking up two wins in the last week, at home aganist Grimsby Town in front of almost 1,000 U's fans, and then grabbed their first away win of the season at Scunthorpe.

And Steve Ball's side could put themselves into the top three if results go their way on Saturday afternoon, currently sitting in sixth position on twenty-seven points.

But this weekend's opponents will provide a tough challenge for the U's, in the form of Port Vale.

John Askey's side have picked up a bit of form recently, after losing five games in a row, up until last weekend's game against Bolton Wanderers. Vale stopped the rot in style against Bolton, smashing six past them in a 6-3 win at the University of Bolton Stadium.

They made it two wins from two on Tuesday night, when they came out on top against Wolves U21s in the knockout stages of the Papa John's Trophy, with Harry McKirdy on target at Vale Park.

And speaking after the game against Wolves, Vale boss John Askey was happy with his team's performance, especially with the players that hadn't been in the squad for a while. 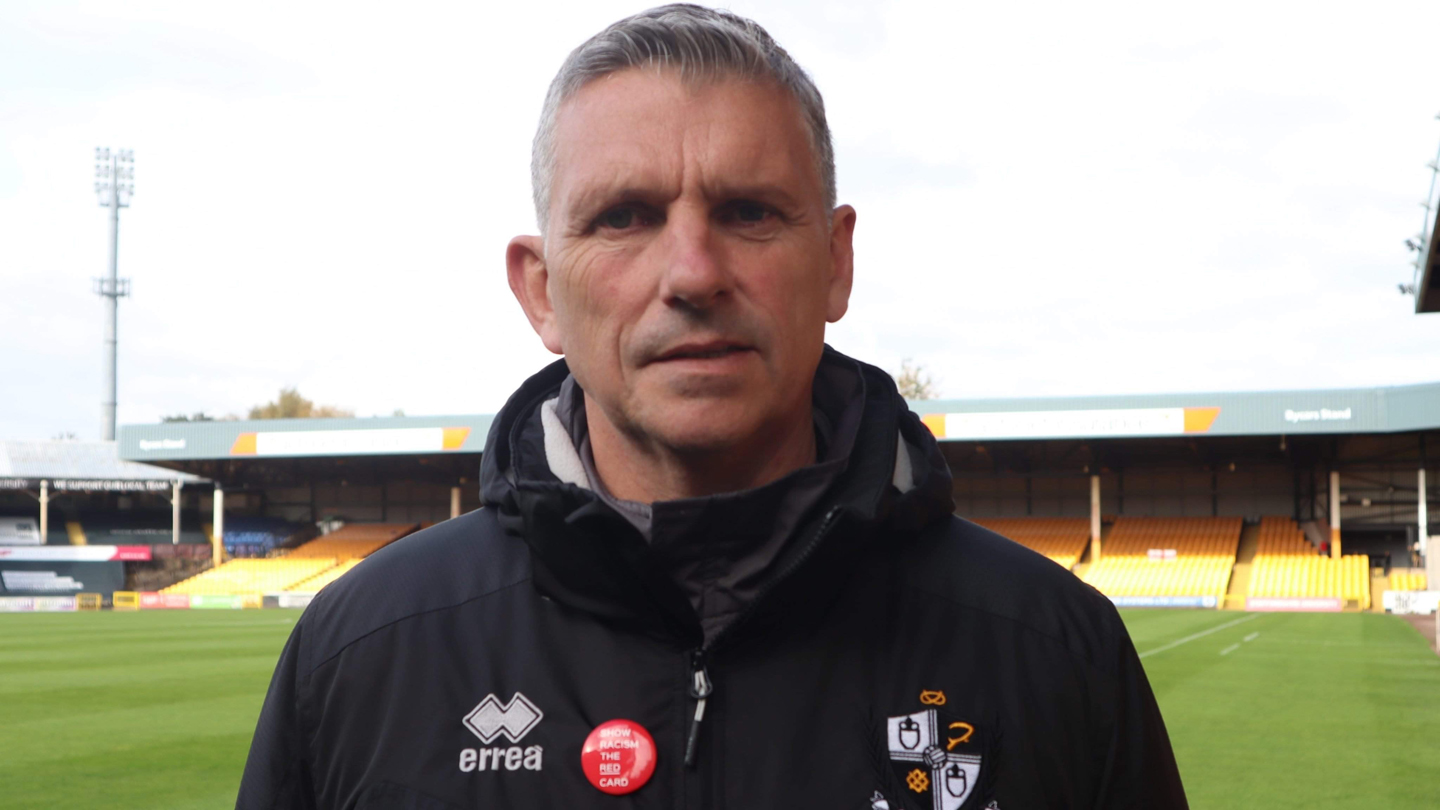 "It was a good game as regards to getting players game time. There were a lot of players out there who have not played for quite a while because of the amount of games we have had." - John Askey

"We haven’t been able to train properly either so to get through is an added bonus. You want to start better than we did, we were poor at the start.

“But, because of the changes we had made, then sometimes it is understandable with not being able to do much training. So, such as Popey, Mark Cullen, Theo and so on. It is difficult when they have not played for quite a bit.”

Port Vale will want to push on their good form of late, and will be a difficult opponent for the U's. They have vast experience at the back, with thirty-five-year-old Scott Brown between the sticks who is set to make his 100th league appearance for Vale this weekend.

Sitting just in front of Brown is Nathan Smith and club captain Leon Legge, who have made over 700 league appearances between them. They are solid in defence, towering over most forwards in Sky Bet League Two, and have kept five clean sheets from their sixteen opening games.

In attack for the hosts for this weekend, there are threats from the left and right hand side of the pitch, through David Worrall and Cristian Montano, backed up by the deeper sitting Tom Conlon.

Montano's goal against Orient caught the eye of many a couple of weeks ago, when he took the ball from the halfway line before curling a long-range effort beyond the 'keeper and into the back of the net.

They will be a threat to the U's back line, but with Tommy Smith and co. keeping a cleen sheet in their last game, they will be bouyed by their first three points on the road this season.

The only way to watch the U's this weekend is with a £10 match pass from iFollow, click HERE to get yours.