Steve Ball's side will be preparing for their game against Stevenage tomorrow night after having the weekend without a match.

Alex Revell's side will arrive at the JobServe Community Stadium after a goalless stalemate with Grimsby Town at the weekend.

Last week they set an unwanted record, as they went five games as an EFL club without scoring a goal, a run that was extended on Saturday when Revell's team drew another blank against the Mariners at the Lamex Stadium.

Stevenage currently sit twenty-first in the league, with seven points from ten games - and they are looking for their first win since the 19th September when they comfortably beat Oldham 3-0 at home.

But despite the lack of goals, Revell is still pleased with his side's performance, particularly after their latest match against Grimsby.

"Everyone who talks about the fact we're not scoring goals and not creating chances should have seen today. We were outstanding in our work, in our desire as a team and in our shape and we did create chances." - Alex Revell (First from right). 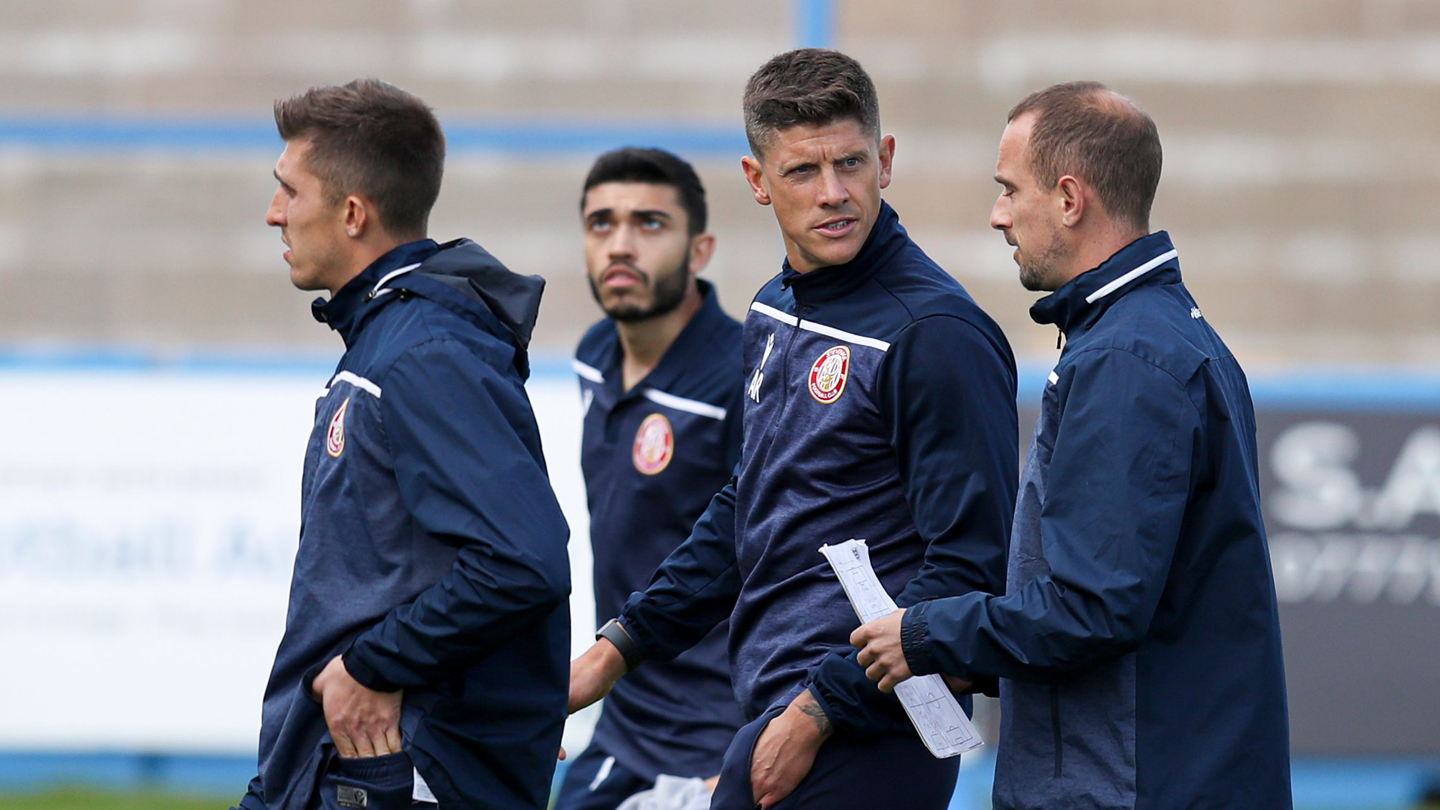 "When it's like that, it is hard to know what you can do to turn it but I'm proud of all of them and I loved watching that. Yes, it's frustrating as you want the goals to go in, but we couldn't do much more than that."

Revell's side have lined up in a 4-5-1 formation for the last couple of games, with a familiar face for U's fans in the centre of defence.

Luke Prosser signed Stevenage upon his departure from the U's and has played in nine of the ten league fixtures for his new team this season. And his arrival has coincided with Stevenage having the joint third tightest defence in the league, having conceded only eight goals in their league campaign.

Colchester United didn't have a game this weekend, after their Friday night fixture against Scunthorpe was postponed by the hosts after a number of positive Covid-19 tests at Glanford Park.

Programmes for Tuesday's match are now on sale, click HERE to get yours.

You can keep up with all the action from the JobServe Community Stadium with a £10 match pass. Click HERE to get yours.

No codes will be sent out for Season Permit Holders, you simply need to log in to your account and you will already have access to watch the match. If you have any issues with iFollow, email ifollow@efl.com for help, or click in the bottom right corner of the iFollow page for a live chat help.