I hope everyone has kept well and avoided this awful virus that is having such a devastating effect on all of our lives.

These updates are focused on the impact the virus is having on Colchester United but I fully appreciate that everything is getting messed up and everybody is suffering in one way or another. I just hope that when this is over, some lessons have been learned and some wrongs are being righted.

That leads me to Project ‘Big Picture’ which was the masterplan of a group of Premier League teams which was leaked by the Telegraph a couple of weeks ago. Rick Parry, the Chair of the EFL, had been involved in the conception of the plan and he explained it to each of the EFL clubs in divisional meetings last Tuesday.

Rick was extremely enthusiastic for the plan to get adopted because he believed it not only delivered an immediate package of support to get EFL clubs through the pandemic, but it also provided EFL clubs with a greater share of the Premier League’s media distribution rights which would make clubs more sustainable in the future.

Following Rick’s presentation, most EFL clubs could see the potential of project ‘Big Picture’ and I too was enthusiastic about the proposal. It wasn’t perfect and would take some time to iron out but putting the rescue package to one side for a moment, if clubs in League One and Two had more income and strict salary controls in place then they would generate a surplus every season rather than a deficit.

That would allow those clubs to invest in their infrastructures and to make football more affordable for those that follow the game. Happy days.

Hopefully, this project is not completely dead and will be at the very least a catalyst for a reset of football’s finances. We have a wonderful pyramid system in English football but nearly all of the money flows in through the top and not enough money is being filtered down.

Don’t get me wrong, I’m not saying the Premier League are this evil organisation that does nothing for the game.

I’m as proud as anyone else is that the best football in the world is played in England and I know that Premier League clubs do quite a lot already to help the wider community but I also understand how much the Premier League clubs benefit from the pyramid system below them and also from the grass roots game below that. If they want to remain successful, then supporting the enormous foundations they sit on is a no brainer for them.

I suppose we can all think up ways in which we would like to reset football but in my experience you must put first thing first. I spoke to Rick Parry on Friday and I have suggested that the first thing we should all agree on is a set of guiding principles from which plans can then be built.

For example, ensuring the Premier League continues to be best league in the world, ensuring the English and Welsh national teams are supported by the EPL and EFL, making sure that football clubs at all levels in the pyramid system are sustainable and making sure football is more affordable for the spectators.

Once all of the principles are agreed by all stakeholders, a much smaller group who are a lot smarter than me could devise a workable plan making sure that all guiding principles were adhered to. Obviously that will take time - which brings us back to the need for a rescue plan because without fans attending stadiums, one will be needed very soon or we are going to start losing clubs.

I welcomed Will Quince to the stadium just over a week ago to show him the extraordinary lengths we had gone to in readiness for opening the stadium to our supporters. Will seemed impressed and I’m sure he would like to help us but I think it’s extremely unlikely that the Government will loosen any restriction for the foreseeable because restrictions only seem to be going in one direction at the moment.

The hypocrisies of the restrictions are so frustrating but it is clear that things are getting worse and we must all do our bit to be a part of the solution and not a part of the problem. With no gate receipts and no rescue package in sight, the club are extremely grateful to those of you who have been streaming the games. Details of your Loyal Supporter tokens will be on your www.colutickets.com dashboard soon.

For our game against Carlisle, we achieved 485 subscriptions so we fell just 15 short of getting into the number from which Colchester benefit financially. Having said that, the players are aware that hundreds of you are following them live and they do feel and appreciate your support.

Colchester United like every other EFL team are fighting on two fronts this season. Our teams are fighting for every point in their respective leagues whilst the clubs are also fighting for their survival.

We must not confuse those two battles. Of course fans will have their opinions on team selections and tactics and I wouldn’t want it any other way. On match days the fight for points is all that matters but at all other time this season it will be the fight for survival that must take precedent.

I made some decisions before the season started that were totally focused on survival and not on gaining points. We’re going to miss Luke’s leadership, Frank’s presence and Ryan’s consistency and we were not well placed to take advantage of the shift in player wage demands when the transfer window was closing. However, we have made some good signings and held on to some very good players. The club is much stronger when it sticks together.

Finally I should deal with the question I’m getting asked most at the moment. When will I be getting a haircut? I’m not on Twitter but I was forwarded a tweet recently that raised doubts about my ‘dodgy barnet’. The tweet had a picture of the tweeter who ironically had only one style of haircut available to him, shaven. My hair’s become like my money. Someone without any wants to tell me what to do with it.

I should explain that I couldn’t get a haircut during lockdown and decided then that I would grow it until a vaccine was available for me to take. I’m not sure why I made that decision, maybe it was because each time I look in the mirror, which isn’t very often, the length of my hair reminds me just how long this pandemic has been going on for.

Let’s just hope they have the vaccine ready soon. Maybe I should get it cut when fans are fully allowed back into the stadium. Perhaps then I’ll let you all use your ‘Loyal Supporter’ tokens to vote on my next ‘dodgy barnet’. Probably not though. 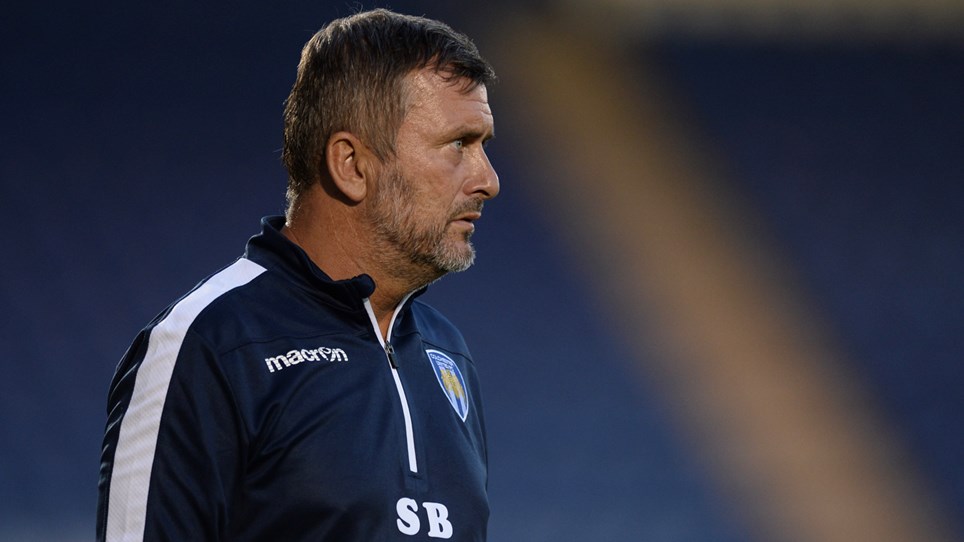