The Bluebirds are enjoying their first season in the football league since the early 1970s, after being crownded champions of the National League last season with the campaign curtailed in March.

The main objective has to be to survive in their first season, and then look to build on their success for the second, and it looked as though they may pull clear a few weeks ago, when Michael Jolley strung four wins together.

But their recent form has pulled them back into the fight with the bottom two - with the U's also involved in the scrap, Monday's game is sure to be an important one come the end of the season.

Following ten arrivals at the Progression Solicitor's Staduim this year, the team will look a different outfit to that which lined up against the U's earlier in the season, although some key players remain the same. 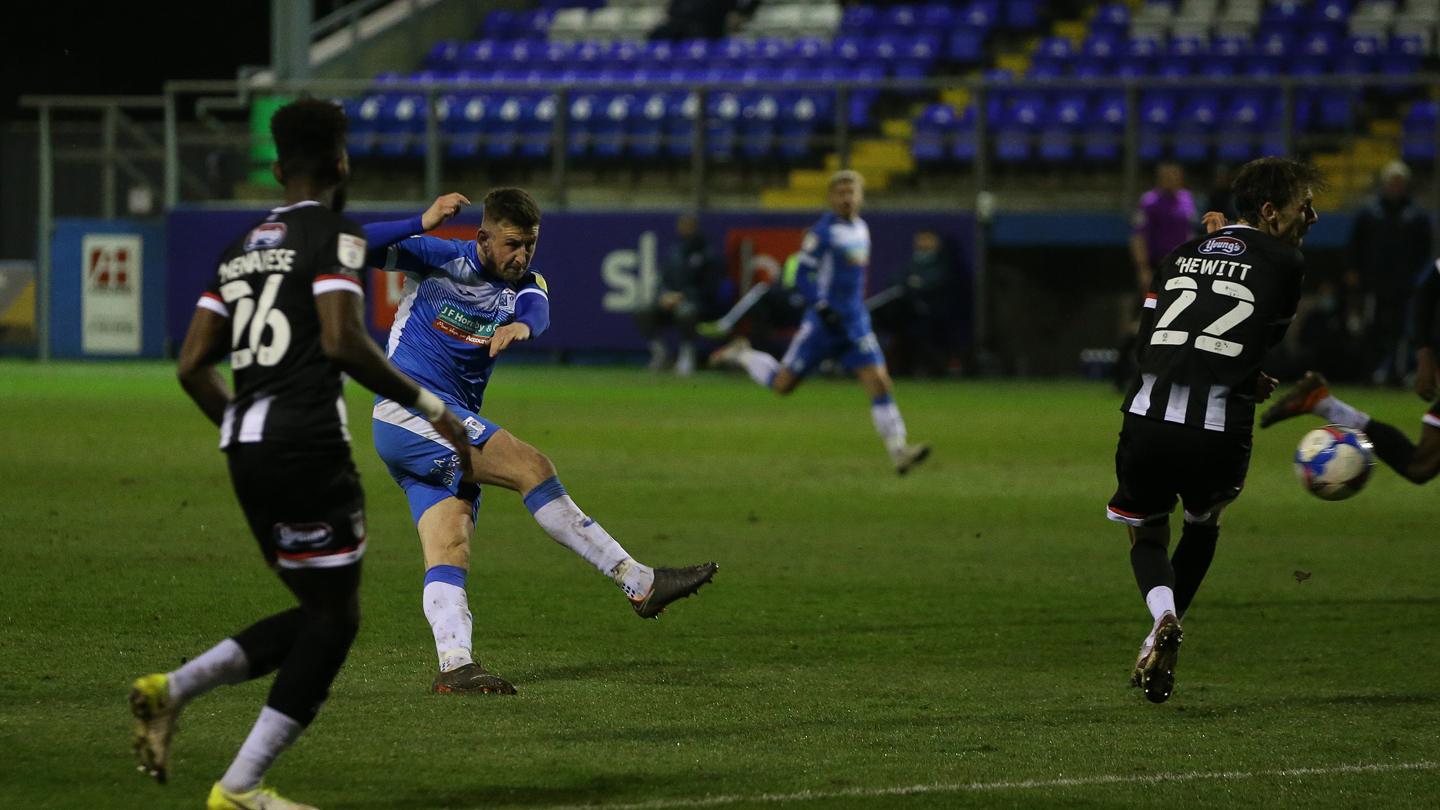 Bluebirds' top scorer from last season Scott Quigley (pictured above) has established himself as the main man for goals in Rob Kelly's side this season, hitting ten in his debut EFL campaign with Barrow. The tall target man had twenty goals last campaign, having his best scoring record midway through this season when he netted four goals in four games.

And though his goals may have dried up a bit more recently, his brace against Crawley a couple of weeks ago shows his potency in front of goal.

One of the January signings, Ollie Banks joined from promotion chasing Tranmere Rovers to try and keep the Bluebirds in the league. Banks' vast league experience helped him to be a main part of Tranmere's squad over the last couple of seasons, although he struggled for places when new Tranmere boss Keith Hill came in and had to look elsewhere for first team chances.

Now playing a back three, twenty-year-old Bobby Thomas is at the heart of the defence after sigining on loan from Burnley. Thomas played in three of Barrow's four wins in a row, helping to keep two clean sheets in the process.

Watch Colchester United in action on Easter Monday with a £10 match pass from iFollow. Click HERE to get yours.

Programmes are available for Colchester United's next match. Click HERE to get yours.