Should results go the way of Cheltenham Town, they could all but seal their promotion to Sky Bet League One with a win on Saturday afternoon.

After disappointment in the play-offs last season, Michael Duff's Robins will be hoping that they can seal a top three spot and gain automatic promotion to Sky Bet League One this season.

Currently sitting in second place, it's all looking good for Duff's side, sitting three points ahead of fourth placed Morecambe with a game in hand.

Not only could they gain promotion this season, they would also be counted as a fair bet for the title, just two points behind table-topping Cambridge United, with a game in hand on Mark Bonner's side as well.

But speaking on the run in for his side, Duff is only focused on the next game. 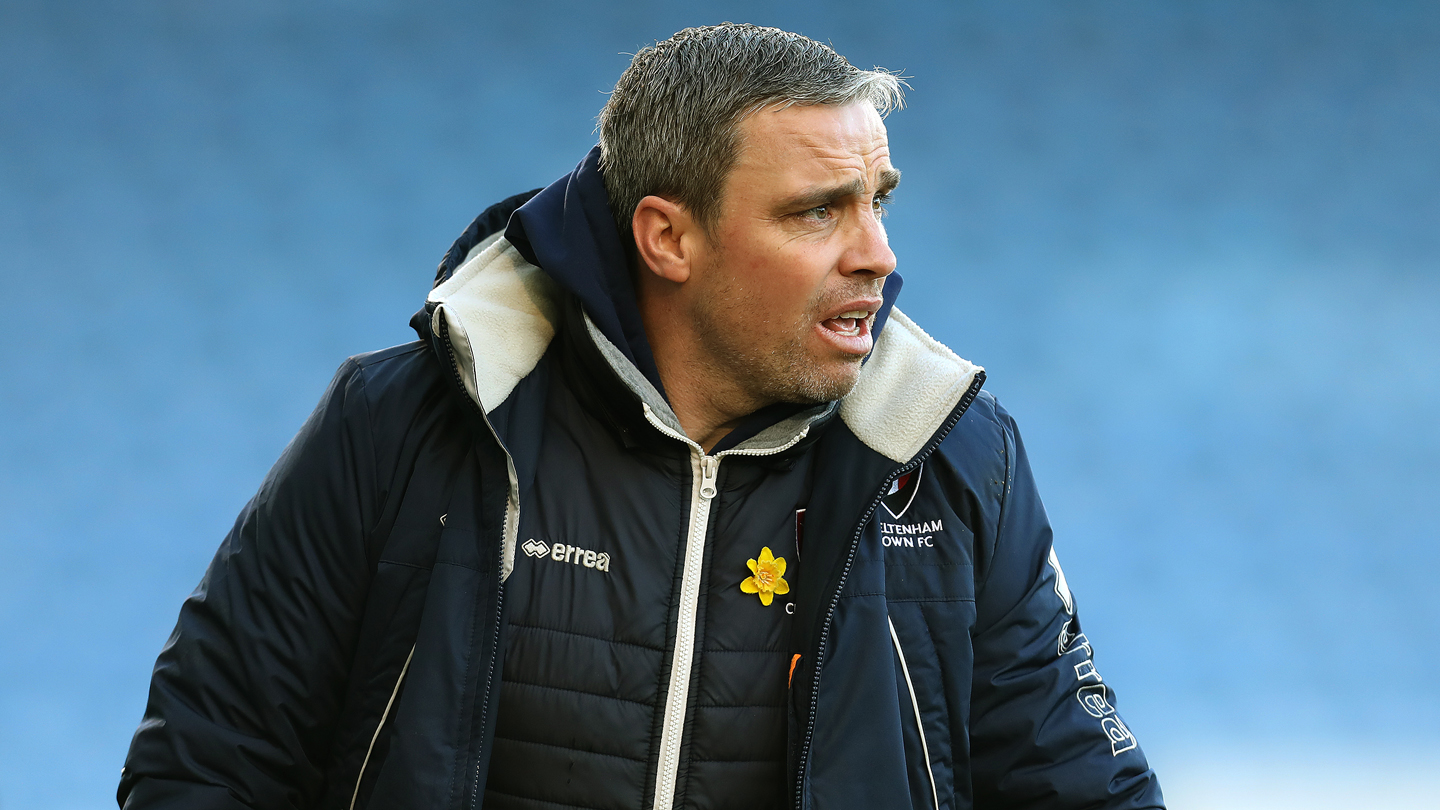 "We have to win the next game." - Michael Duff

"We have to put that determination, that spirit, that togetherness and add a bit more quality against Colchester.

"The outside will say we will beat them, but they have just got back-to-back wins. We have to look after our own and see where it takes us."

Once again, Michael Duff's side are sturdy in defence, as they were last season. Conceding just thirty-six goals in forty-two games, only Salford City have let in more goals this season.

Keeping the most clean sheets in the league, Cheltenham Town and England U20 'keeper Josh Griffiths has helped the Robins to a strong start at the back.

Duff's side have been set up in a 3-5-2 formation this season, with former U's loanee Ben Tozer sitting in the middle of the back three. And Tozer's worth is not only shown with his defensive prowess, with the centre-back recording seven assists and helping his teammates to get on the score sheet.

Through the middle, Conor Thomas is the anchor in the midfield showing his worth with thirty-nine appearances for the Robins this season. Adding four goals to his name, Thomas also scored the winner two weeks ago against Leyton Orient, a win that helped to consolidate their position going into the final few games of the campaign.

Up front for the Robins is top scorer Alfie May, who has twelve goals to his name this season. May made the headlines with the opener in the FA Cup against Manchester City in January, scoring his latest goal for Michael Duff's side at the start of April in a 4-0 win against Tranmere.

When Colchester United hosted the Robins earlier in the season, the two played out a goalless draw in the final game of 2020.

Watch the game on Saturday at 3:00pm with a £10 match pass from iFollow. Click HERE to get yours.