Following the local and national media stories concerning Colchester United's Football in the Community charity arm and one of its former employees, Robbie Cowling has issued the following:

I hope everyone is well and had a nice Easter. My wife and I are so pleased that we can see our grandchildren again, even if it is just outside.

I am writing this in response to a very inaccurate story that has been published in a number of papers and relates to an employment tribunal that our Football in the Community Charity has been involved in.

Mark Harris worked for CUFC FITC, (Colchester United FC Football in the Community), on a casual part-time basis and bought multiple claims against CUFC FITC, Corin Haines the CEO of CUFC FITC and myself, a Trustee for the charity.

When the case was concluded, Mark lost all but one of his claims and all of the claims he made against myself. He succeeded on his claim that the reason he was not offered any more work after April 2019 was because his relationship with Corin Haines broke down following a meeting Mark attended in December 2018.

The court concluded that the meeting was a protected act and Mark was victimised for attending the meeting which led to his departure. Although I disagree with the court finding even one of his claims to be valid, the Charity wants to accept the court’s decision and move on.

I don’t know what sort of settlement the court will award to Mark for his one successful claim but the charity will let the courts decide what they must pay and it is unlikely to contest what they award him.

So in many ways it’s a story about nothing other than a bit of ‘handbags’ that went on after I, as the lead Trustee, heard Mark’s internal appeal hearing. However, I would like to clear up a few matters because the articles have been extremely unfair and not one of the publishers called me for my side of the story.

1. I have never claimed to have been head butted by Mark. He did bump himself into me and he did catch me under my eye with his head, but it was not a head butt and I have never claimed it was. The matter was reported to the police who undertook a thorough investigation questioning me at my office and Mark at the police station. The result was that Mark received a community resolution order and wrote me an apology which I accepted.

2. I never called Mark an F’ing C. After a tirade of abuse from him, I did call him a swear word beginning with W. The employment judge accepted Mark’s submission that I had to have said something highly offensive for Mark to react in the way he did and apparently they didn’t think the word I used was offensive enough so they believed his version. That was despite the whole issue being recorded by Mark and at no point am I heard to use those two words.

3. I swore just the once, which I accept was once too many times, but other than that I think I handled the disgruntled employee situation pretty well.

I understand I am a target and I know how lazy the papers are when they believe they have a story. They care more about selling copies than telling the truth. I would like to put the record straight for the sake of my family and because I would never do anything to bring the club in to disrepute.

My standards of behaviour are much higher than they are being portrayed in the media and I can assure you all that they will never drop that low.

Watch The U's At Salford!


Stream the U's in action on Saturday afternoon as they take on Salford City at the Peninsula Stadium at 3.00pm for their first game of 2021. 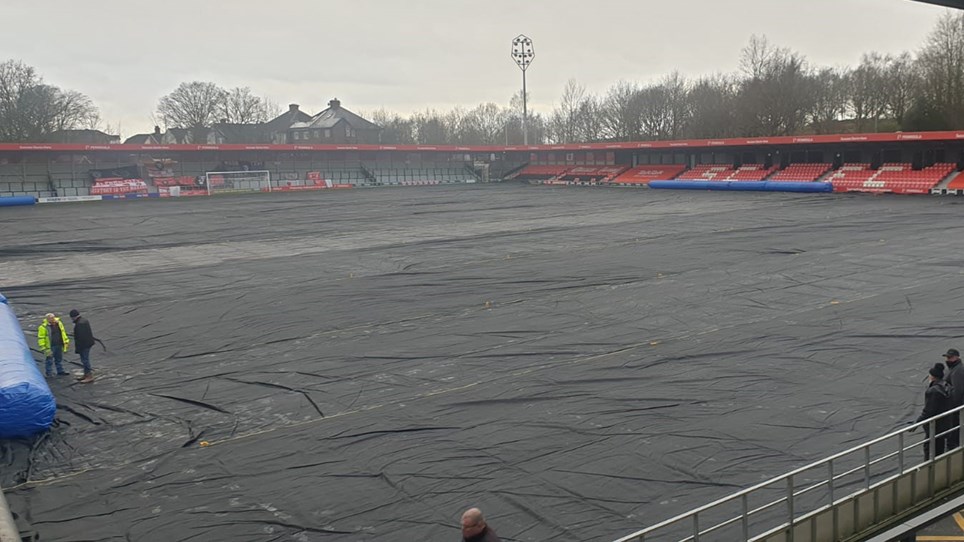 
Colchester United's game at Salford City has been postponed.