Taylor's side will want to continue their good run of form on their journey to north Essex on Tuesday evening, when they look to make it three wins from four games in Sky Bet League Two.

After having their weekend plans disrupted by poor weather on the South Coast, Exeter City will want to get back in the groove against the U's on Tuesday evening.

The Grecians' game against Grimsby Town on Saturday afternoon was postponed just over an hour before kick-off due to a waterlogged pitch at St James Park, meaning the last time Taylor's side played was a week ago, on the road at Newport County.

It was a battling point for Exeter City who were reduced to nine men in the game. Alex Hartridge was shown a red card eight minuted into the fixture, with Ryan Bowman sent off just before half time as well, meaning they spent the entire second half two players short.

But despite the lack of personnel on the pitch, Taylor's side took the lead in the first half, with Ryan Bowman finding the net before seeing red. His effort was eventually cancelled out by Dom Telford two minutes before full-time, but the City boss was rightly pleased with his team. 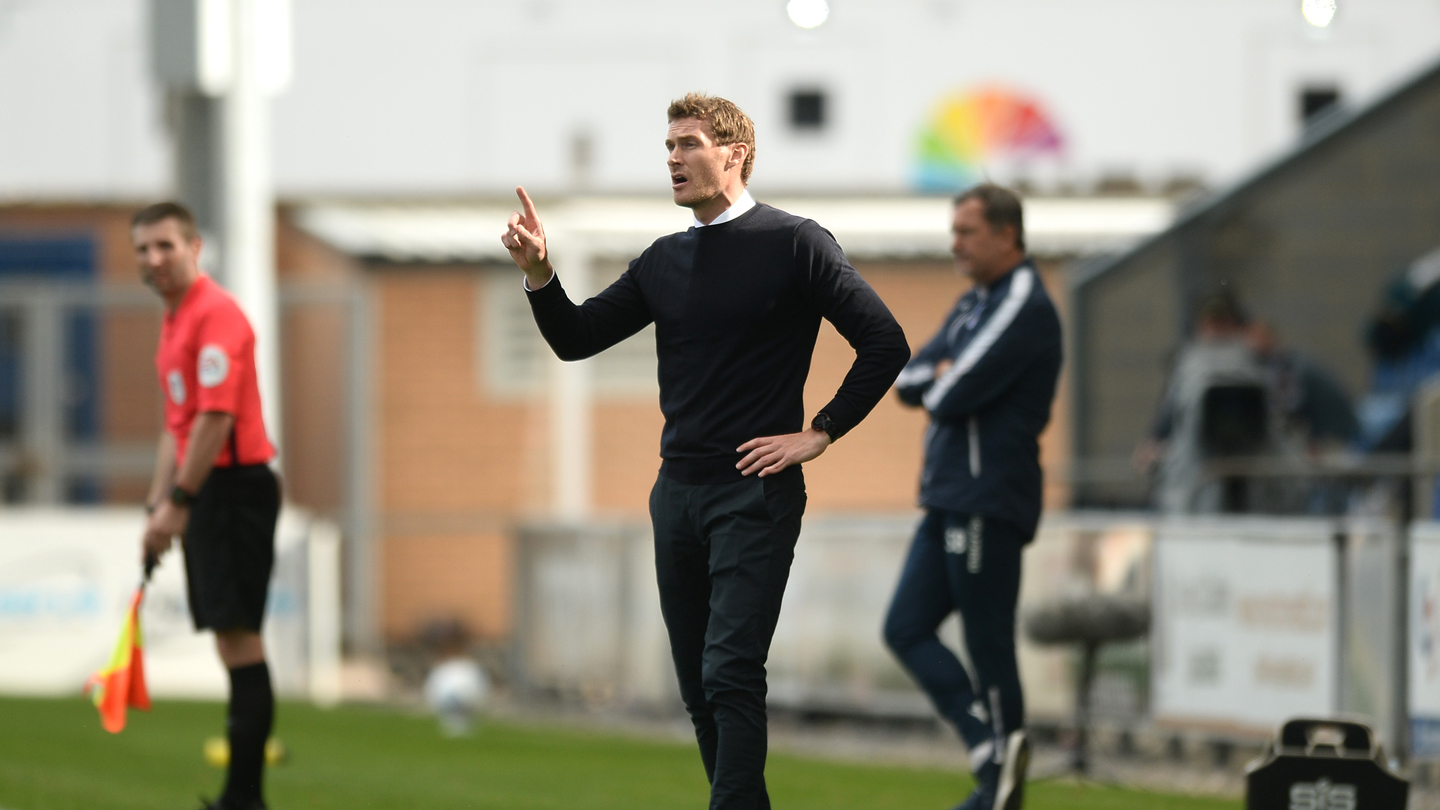 "It was absolutley outstanding what those nine players and substitutes did for the shirt, for the badge and for their position within the football club." - Matt Taylor

"In my two-and-a-half years as manager of this football club I've stood here very proud of the group on numerous occasions, but never to this level. I can't speak highly of the way they conducted themselves.

"We had something to believe in, and just worked our socks off. We limited Newport to half chances, yes, the 'keeper has had to make some saves but we had a real plan and structure to us from half-time onwards.

"On a pitch that just saps the life out of you, we have shown countless reserves of energy. We had ten academy products with us tonight, five starting and five on the bench. Absolutley incredible for a young team finding its way to have to deal with what we had to, and somehow come through of it with a point - I was actually slightly disappointed not to take all three."

The Grecians will be without their talismanic striker Ryan Bowman who was sent off in the last game, which will come as a relief to U's fans, with Boman scoring five goals in his last five appearances against Colchester.

Bowman is likely to be replaced with Ben Seymour, a product of the Exeter City youth academy up front, with the twenty-one-year-old scoring twice in twenty appearances for Matt Taylor's side this season. Joint top scorer Matt Jay has been sitting in just behind the two front men in the 3-5-2 formation that the Grecians favour.

And with Jay and Bowman's twelve goals apiece, Exeter are the highest scoring side in the league this season with forty-nine goals in twenty-seven games.

Captain Jake Taylor acts as the anchor in the middle of the pitch, and has been a key feature of Taylor's side this season with thity-one appearances to his name in all competitions, with six goals helping the team.

Further back, Exeter will be without Alex Hartridge who was also sent off in the game at Newport. His defensive parters this season have included Tom Parkes and Pierce Sweeney who have helped keep the shots to a minimum on the various goalkeepers behind them.

Jokull Andresson rejoined Exeter City on loan for the remainder of the season in January, after spening time at St James Park earlier in the season. He was also on loan at Morecambe when the U's lost 3-0 at the Mazuma Stadium last month.

Watch the U's in action with a £10 match pass from iFollow. Click HERE to get yours.

Programmes are available for the next U's match. Click HERE to get yours.