After a campaign of consolidation last year, Leyton Orient are mounting a charge to return to the third tier of English football for the first time since the 2014/15 season.

At the start of the year, Embleton's Orient side were looking to continue their good form that had seen them boost into the top seven. But they have hit a bit of a bump in the road over the last few weeks.

It's no win in three for the east London side who have slipped to just outside the play-off places, now sitting in tenth position with thirty-seven points. It is by no means impossible for them to return to form and reclaim their top position with seventh placed Newport County only three points ahead of them.

Last time out for Embleton's side, they drew a blank on the road against Crawley Town, although they could count themselves a little lucky to have left the People's Pension Stadium with a point.

Their hosts missed an early penalty, while Embleton's side were reduced to ten men on the half hour mark when Hector Kyprianou was issued a straight red card for a late challenge on Hessenthaler, but the O's boss said he was proud of his team's display at the end of the game. 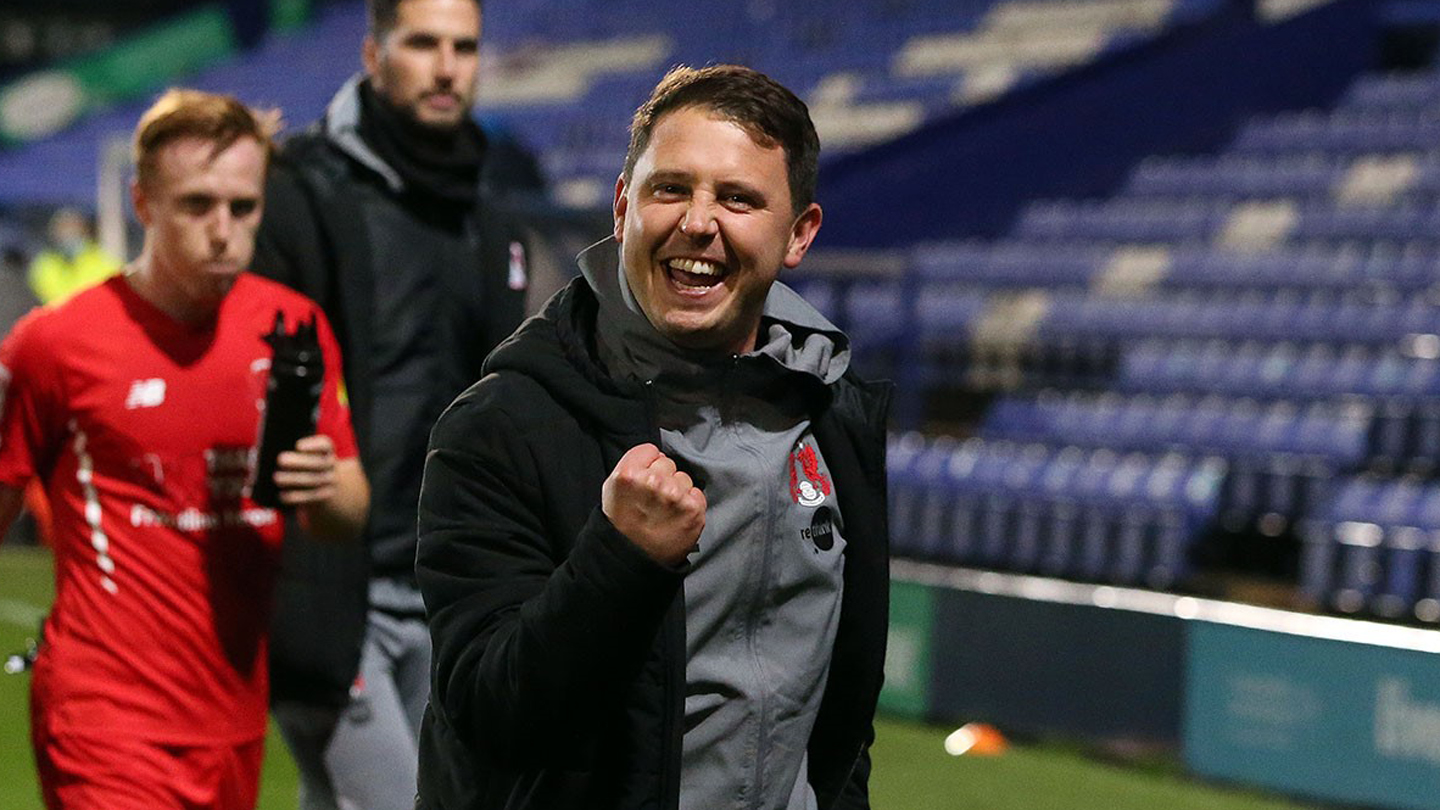 "I'm extremely proud of the boys. It's funny because we spoke about not grinding out enough games or draw enough." - Ross Embleton

"That's not me saying I'm going to send out a team to draw, but I think you need to pick up points on the road when you're not playing well or circumstances are against you. I think the boys did that in an abundance.

"What I really like about the group, is that we have talked about and questioned our ability to dig in, but we have shown organisation qualities, ability to pull people into positions, to get ourselves organised when someone has been pulled out of position.

"That's the level that we have to set, the mindset, focus, we need because I know the quality footballers. We've got the structure to go out and win games, it's about staying in it when we're not quite at our very best."

Orient will see an out of form Colchester United side as the perfect opportunity to return to their best, as they go in search of three points once again, although the east London side do have their injury doubts going into the game.

Top scorer Danny Johnson is returning from an injury, but it is unclear whether he will be fit enough to take to the field on Saturday afternoon. With sixteen goals to his name this season, fourteen of those coming in Sky Bet League Two, his quality at the top end of the pitch will be a miss.

Despite this, Embleton's side have made a number of aquisitions in the January transfer window, including strengthening his front line, with the addition of former West Ham youngster Dan Kemp. He is four appearances into his Leyton Orient career, with his manager putting the praise on the forward.

At the back, Orient have been helped by strong presence of Lawrence Vigouroux, who has kept ten clean sheets in the league this season. Only three other 'keepers have more than him.

Despite the recent form of both sides, the U's may be able to take recent history into the game in their favour.

In each of the last four meetings between the two sides, the U's have come out winners, and haven't been beaten at the Breyer Group Stadium since 2014, with Colchester United's last win at Orient's home on Boxing Day in 2019 when two goals from Theo Robinson and another from Harry Pell sealed the three points for John McGreal's men.

Watch all the action as it unfolds in east London with a £10 match pass from iFollow. Click HERE to get your match pass.