The U's will look to continue their impressive home form this season when they welcome Mansfield Town to the JobServe Community Stadium this weekend, the most in-form side in Sky Bet League Two.

Taking sixteen points from a possible eighteen, Nigel Clough's side are by far the most in-form team in the league at the moment. Their winning streak came to an end on Tuesday evening though, when they had to come from behind to take a point on the road at Walsall, with Ollie Clarke on target for the Stags.

And although the stats don't lie, they can be misleading. Clough has indeed turned his side into serial winners over the last few weeks, although his team have had a period of just two games in four weeks due to various postponements caused by the weather and COVID.

Thier last win came at Southend on the 23rd January, three weeks by the time they walk out to the JobServe Community Stadium on Saturday afternoon.

But in their most recent fixture, they took a point on the road at the Saddlers, with Nigel Clough stating that it was a good point. 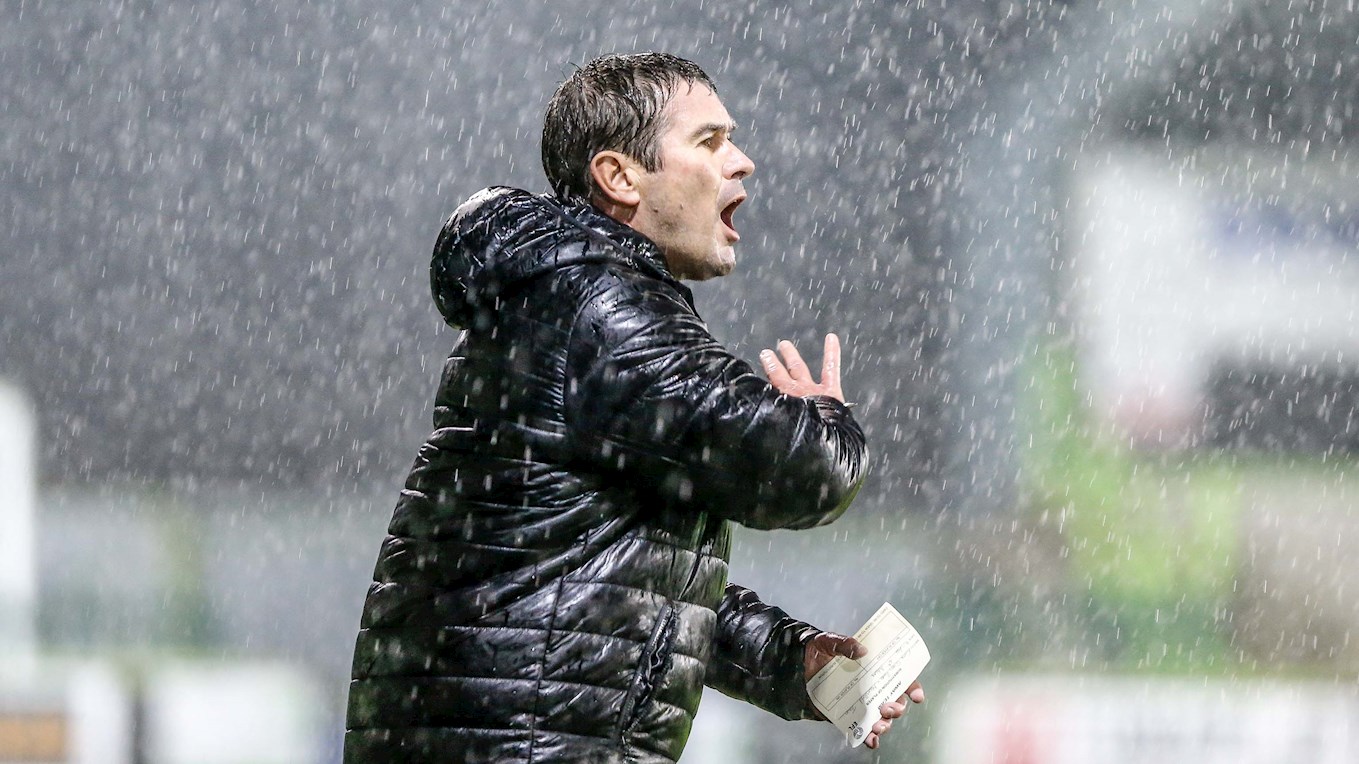 "I think it was a very good point first and foremost in the conditions, it was very difficult for both teams to play and chances were at a premium." - Nigel Clough

"It was more about not making mistakes. We conceded from a sloppy goal from a free kick and I thought the quality of our equaliser was the stand-out bit of play throughout the match.

"Both teams still tried to play, it was just very difficult to create chances on the pitch. I thought over the course of the game it was about fair, we deserved our equaliser.

"It was that sort of game where you were never comfortable, with both teams closing down so well, we didn't want to lose it to a mistake."

Playing in a 4-3-3 formation, Mansfield Town have unlocked the potential of their top goal-scorer Jordan Bowery. In his twenty-five games this season he has scored seven and assisted six, making him the most involved with Stags goals this season.

Their second top scorer George Lapslie arrived at the One Call Stadium in January on a permanent deal after a successful loan spell with the club in the first half of the season. The younger brother of U's midfielder Tom Lapslie is a doubt heading into this weekend's game though, after sustaining a hamstring injury in the 1-1 draw at Walsall.

Lapslie's replacement, Ollie Clarke, hit the ground running after coming on in the week, netting the equaliser twenty minutes after entering the field. Also across the middle of the park, they have former Premier League midfielder Stephen Quinn who arrived on loan in the January transfer window.

Further back for the Stags, a centre back partnership of Ryan Sweeney and Farrend Rawson will provide a tough match up to the U's front line, with their aerial dominance and physical presence.

The U's head into the game looking for a first win since December, but will be boosted by the arrival of four new faces in the January transfer window, looking to boost their attacking and defensive options.

Watch the U's on Saturday afternoon with a £10 match pass from iFollow - CLICK HERE to get yours.

Special edition programmes are also available for this weekend, celebrating the fiftieth anniversary of United's famous victory over Leeds in the FA Cup from 1971. CLICK HERE to get your programme.