Dave Huzzey and Richard Hall's side will be looking to build on their win from last week with another good performance at fourth placed Charlton Athletic.

After picking up their first win of the year on the road at QPR last week, the young U's would go to within two points of their opponents today if they can make it two wins in a row.

Michael Folivi was the man on target last week, in a 1-0 win for the U's at QPR's training ground, as Colchester United ground out a crucial victory to move them above the West London side in the standings.

Earlier this season, the U's came up against the Addicks at the JobServe Community Stadium. It was the second game of the season, and with neither team able to break the deadlock, the points were shared.

This afternoon's game will once again be an opportunity for the youngsters show what they are capable of, as well as valuable game time for those on the fringes of the first team who are not getting so many minutes in the league. 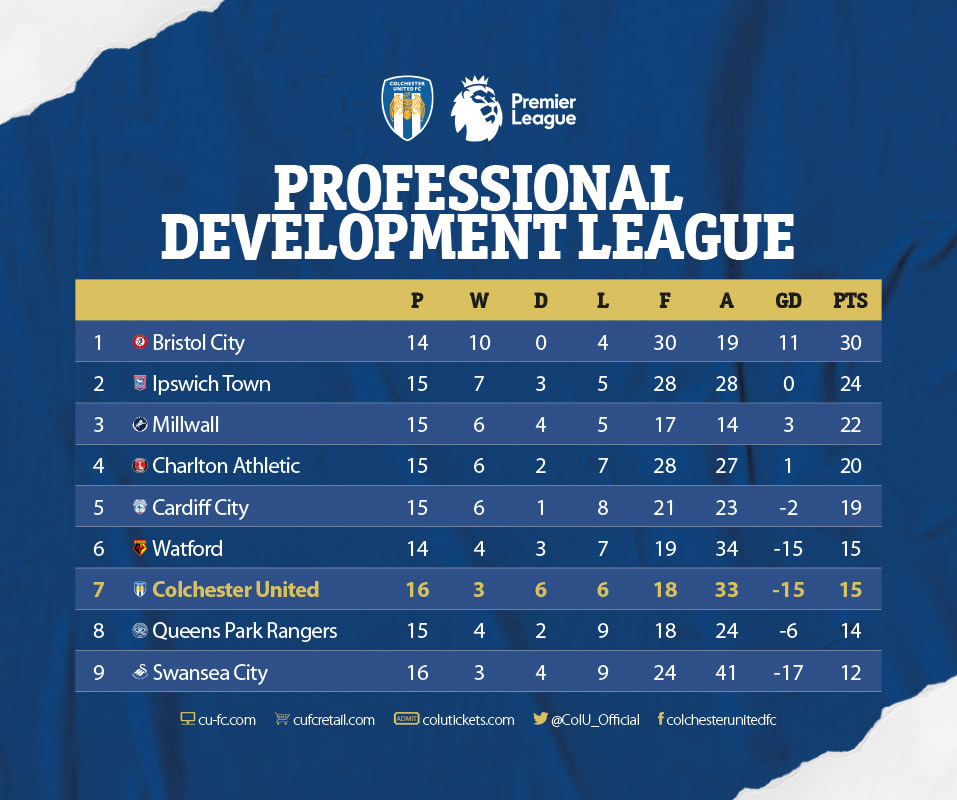