Colchester United will be looking to get their first win of 2021 underway with their first game of the year while the visitors, Cambridge United, will want to make it three wins in a row.

Saturday afternoon sees the U's first return match of the season, as the 2020/21 campaign enters its natural second half.

Earlier in the season Mark Bonner's Cambridge United side did a job on the U's, coming out 2-1 winners at the Abbey Stadium with both goals coming from the top scorer in Sky Bet League Two, Paul Mullin.

His eighteen goals have been the driving force behind the success of his side, averaging a goal every 107 minutes this season, a rate that is only beaten by Crawley's Max Watters in League Two this season.

Of course, Mullin is not the only player who is performing for this weekend's visitors this season. He is partenered up front by Joe Ironside, who himself has bagged eight goals this campaign. Add in to the mix vast experience of former Premier League midfielder Wes Hoolahan, and you would appear to have the makings of a side pushing for a top three spot.

In their last two league games, they have come from behind to take all three points, moving themselves into the top three last weekend, with a home win against Harrogate Town. Ironside and Hoolahan were on target for the home side, who took full advantage of their closest rivals not playing due to postponements or FA Cup Third Round commitments. 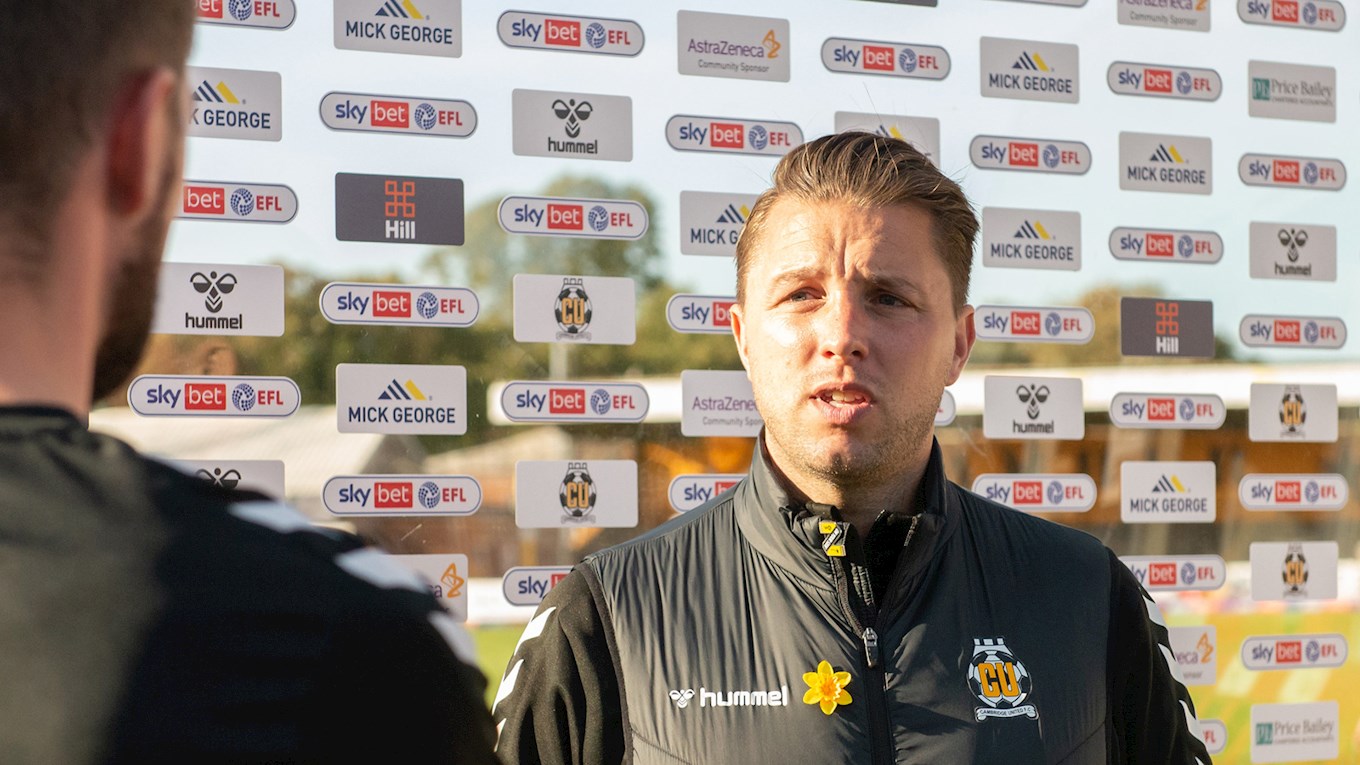 "We knew it was an opportunity because others weren't playing. We wanted to get consecutive wins, and anytime you can put together a run of wins in this league, you can start to consolidate your position." - Mark Bonner

"While the table says we are third, it doesn't mean we are promotion favourites, but it does put presure on other teams that have to play those games while we have the points in the bag."

The last game for Bonner's side was in the Third Round of the Papa John's Trophy, where his much changed team were eliminated by League One Oxford United in a 1-0 defeat at the Kassam Stadium.

Naming a line up without the top scorer first choice 'keeper, Bonner's side could only muster one shot on target through the game as they lost their first game of 2021.

With their traditional 4-4-2 formation, the visitors on Saturday will present a very attacking threat to the U's as they look to make it back into the top three, automatic promotion places for the first time since November.

The U's will be hoping they are able to get 2021 underway after two false starts this year so far, with games against Tranmere Rovers and Salford City both being called off.

Watch the game live with a £10 match pass from iFollow. Click HERE to get yours.

Programmes are available for Saturday's game. Click HERE to get yours.