Seventeenth placed Scunthorpe United are the visitors to the JobServe Community Stadium on Friday night, as they look to further the gap between themselves and the drop zone.

After a couple of wins, the Iron have managed to increase their distance to the bottom two, with a particularly handy win at home to local rivals Grimsby Town, who are currently one off the bottom.

Ryan Loft's three goals in two games have helped Cox's side to twenty-nine points, now just two behind Colchester United who are fifteenth in the table going into the game.

Last time out it was a hard-fought win for the U's who battled at the Sands Venue Stadium to pick up all three points courtesy of a first half Tommy Smith goal. In that game, Ball's side had to hold on and dig in to ensure that their opponents would not find a valuable equaliser, and thanks to some heroics from Dean Gerken, they came away with the win.

The Iron will want revenge on the U's when they visit the JobServe Community Stadium this week though, and coming to the game in good form, they will feel they have a chance against Colchester United.

Speaking after the home win against Port Vale in the week, Neil Cox was delighted with the way his team performed. 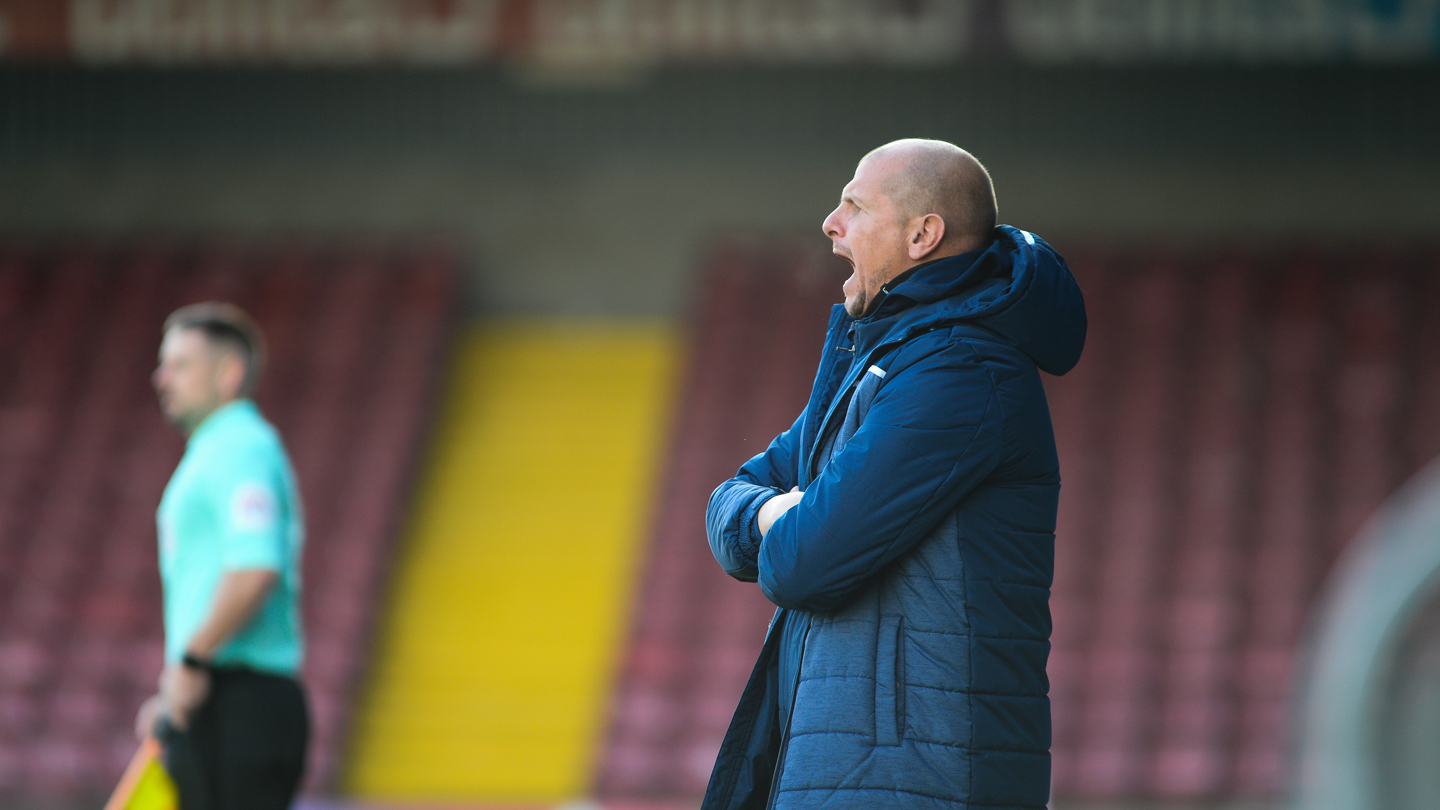 "I’m not worried about the league table. It’s about picking points up and I’m pleased with the boys who’ve turned a corner. In the last two performances we’ve got a little bit of grit and a little bit of pride back." - Neil Cox

"It feels really good. I thought the first-half performance was excellent on a difficult night for us because we had such a good result at the weekend and people were looking at us like we wouldn’t turn up.

"A couple of our lads have got knocks and I could have left them out today; Eisa with his knee, Lofty with his back and (Alex) Gilliead with an ankle problem but after the weekend they all wanted to play. Now we’ve got to have a look at them over the next two days and see which team we pick for Friday.

"It’s going to be difficult on Friday night now, we’ll get on with it."

When the Iron come to the JobServe Community Stadium on Friday night, it will be their first trip to the venue in five-and-a-half years, with their last appearance during the 2015/16 season, a game that ended in a 2-2 draw.

A change of shape has helped Cox's side over the last couple of games. He had been playing a 4-5-1 formation, with Eisa on the wing, but in the last two fixtures, the former Colchester United loanee has been shifted to a more central position in a 4-4-1-1.

Eisa had been playing just behind the club's top scorer Ryan Loft, who had bagged three in two, including both goals in their last game. There is experience throughout the rest of the lineup as well, with Jem Karacan in the centre of midfield having played in all top four division of English football.

Iron 'keeper Mark Howard brought up an impressive milestone in the last win for the club, with his 100th clean sheet in just under 300 games for the various clubs he has played for.

With two wins in their last two, the change in formation seems to have helped the fortunes of Scunthorpe United, lifting them from the bottom of the table towards the middle of the pack for the second half of the season.

Watch the U's in action on Friday evening with a £10 match pass from iFollow. Click HERE to get your match pass.