Richard Hall's side will be looking for their first win of the year this afternoon when they take on Watford at Maldon and Tiptree.

The latest Professional Development League sees the U23s come up against fifth place Watford, who are fifth in the table.

The Hornets are just a point ahead of the young U's who could leapfrog their opponents and move into fifth with a win this afternoon.

A number of the first team are set to be involved this afternoon, with some who haven't seen much game time recently getting the chance to show what they can do in front of the first team coaching staff who will be in attendance.

In the reverse fixture of the game, Richard Hall's side overcame Watford by a single goal, courtesy of Sammie McLeod, taking all three points from the Hornets on their turf. 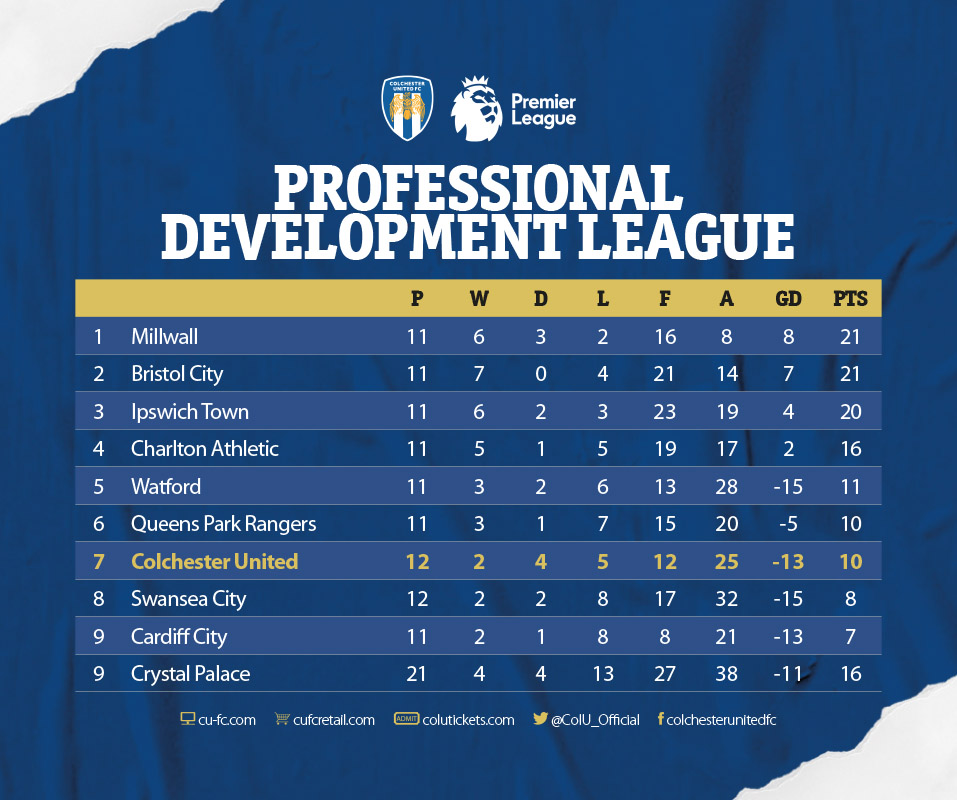