With one win in their last fourteen, Grimsby Town have sunk to the foot of the Sky Bet League Two table, looking to escape the trap door out of the EFL.

With a poor start to the season under Ian Holloway, the Mariners parted company with the experienced former Premier League manager in December 2020, resorting back to the man who returned league football to Blundell Park in Paul Hurst.

Hurst was manager at Grimsby Town between 2011 and 2016 for his first stint, where he guided his side to promotion from the National League in 2016 at the play-off final. Leaving for League One Shrewsbury Town shortly after, Hurst was successful with the Shrews, before a turbulent time at Ipswich Town and Scunthorpe United before his return to Blundell Park in January.

In the eleven games since his return, Hurst has managed one win and two draws, with their victory coming over Crawley Town at the end of February.

But in the last game, the Mariners conceded a nintieth minute equaliser to Carlisle, with Hurst left disappointed. 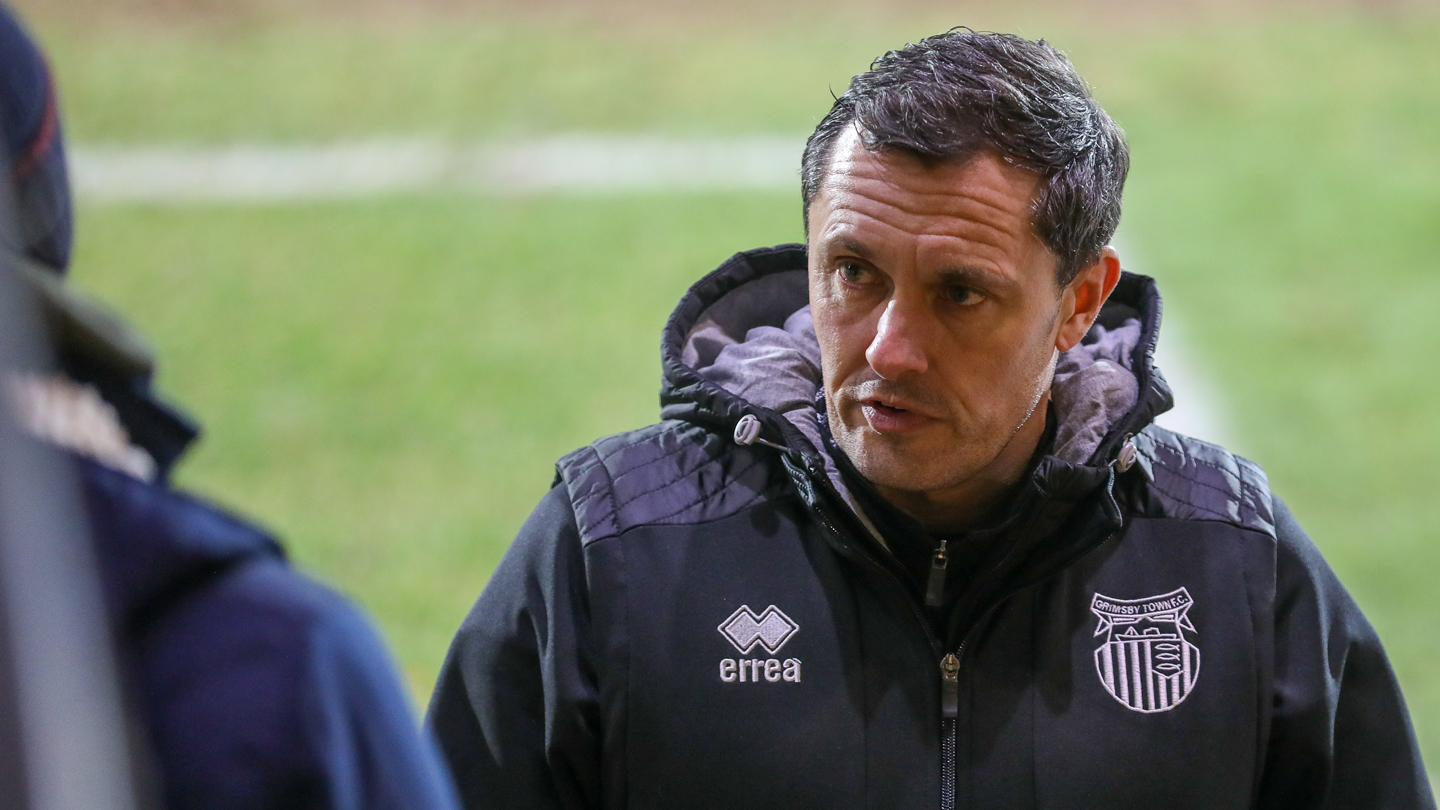 "I'm trying to take the positives from the overall game. I thought it was a better performance again in some aspects." - Paul Hurst

"So late in the day, it's never easy. For them, they're obviously going to be really delighted with it but we're the other side of that.

"Jake (Eastwood) had made one good save prior to that, and then the rebound came back to them too quickly and they put it over.

"Generally, I thought we'd kept them at bay, so it's tough to take."

Over the last couple of games, the Mariners have switched to a traditional 4-4-2 formation, with James Hanson and January signing Lenell John-Lewis leading the line. It seemed to aide the problem of goals, with just one goal in four games before, but two in the last two, with both Hanson and John-Lewis on target.

Experienced central midfielder Giles Coke has also come into the team after his February signing. The former Ipswich Town, Northampton Town and Sheffield Wednesday player has made almost 350 appearances in the Championship, League One and League Two and has anchored the Mariners' midfield in his two starts.

Former Colchester United loanee Elliott Hewitt has been playing as a central defender for the last few games, alongside on-loan Rollin Menayese who signed for Grimsby on a deal until the end of the season from Mansfield Town.

On-loan goalkeeper Jake Eastwood joined the Blundell Park side from Sheffield United in February, taking the place of long time Grimsby 'keeper James McKeown, who has been left on the bench since the start of February.

Watch the U's in action at Blundell Park with a £10 match pass from iFollow. Click HERE to get yours.