A goal in either half from Newport County meant that they left north Essex with all three points, with Colchester United unable to get past the Exiles.

Joss Labadie opened the scoring with half an hour played when he finished off a well worked move with the ball crossed into him from Josh Sheehan.

The U's were reduced to ten men in the second half when Frank Nouble was shown two yellow cards in two minutes, with Michael Flynn's side making their advantage count three minutes later with Amond striking to double the lead for his side.

Wayne Brown named a Colchester United starting eleven with two changes from the side that started the last game, a 2-1 victory over Carlisle United.

Out of the team were Miles Welch-Hayes and Omar Sowunmi, with Ryan Clampin and Michael Folivi coming in to take their place.

Both Welch-Hayes and Sowunmi were named on the bench, while Doherty, Poku and Cracknell all missed out, with Cowan-Hall and Harvey Sayer amongst the subs.

The first chance of the game fell to Nicky Maynard, but Shamal George was equal to it. Getting on the end of a knock down from Amond, Maynard couldn't connect with the ball as he would have wished with George getting down well to his right to save the Exiles from taking the lead.

Despite not having worked the Newport 'keeper, the U's were matching them outfield. It was clear that Michael Flynn's side were looking to play the ball but the home side were there trying to disrupt their game at any opportunity.

But the hosts were opened up on the half hour mark when Josh Sheehan latched onto a ball on the left flank before delivering the ball into the middle of the area. Joss Labadie was arriving and sidefooted the ball into the corner giving George no chance.

And the goal was pretty much the end of the chances for the half. Other than the goal, the visitors had only forced one other save out of Shamal George, while Wayne Brown's side were yet to test Nick Townsend at all.

The game after the break was a scrappy affair with Newport keen to take their time whenever the ball went out of play, and looking to win fouls in every area of the pitch.

But as Colchester United were still looking to get back into the game, Brown's side had to be quick and keep applying the pressure to the away side.

And the pressure almost paid off when Rem Oteh nicked the ball away from Liam Shephard in the right back position. The U's forward played the ball inside to Frank Nouble, who slid the ball over to Callum Harriott, with his effort palmed around the post by Nick Townsend.

In a game of limited chances though, Colchester United needed to be on their game to get back into the match with a goal. But it was a challenge made harder when Frank Nouble was shown two yellow cards in two minutes as he was sent off with fifteen minuted to go.

The Exiles made their man advantage count almost immediately, with Padraig Amond finding the back of the net. From a free kick out wide, Matt Dolan delivered to the back post, with Amond able to control the ball and fire back across George's goal and intot he back of the net.

The deficit was close to being halved by Callum Harriott with five minutes to go, when the U's attacker read the play well to beat Townsend to the ball and lift it over him towards the goal. But Dolan who was tracking back was able to deal with it and clear the ball away before it crossed the line.

With the final whistle blown, the U's remain in twentieth position with thirty-six points.

Wayne Brown's opponents, Harrogate Town were also beaten by a single goal with Stevenage taking all three points in their game. 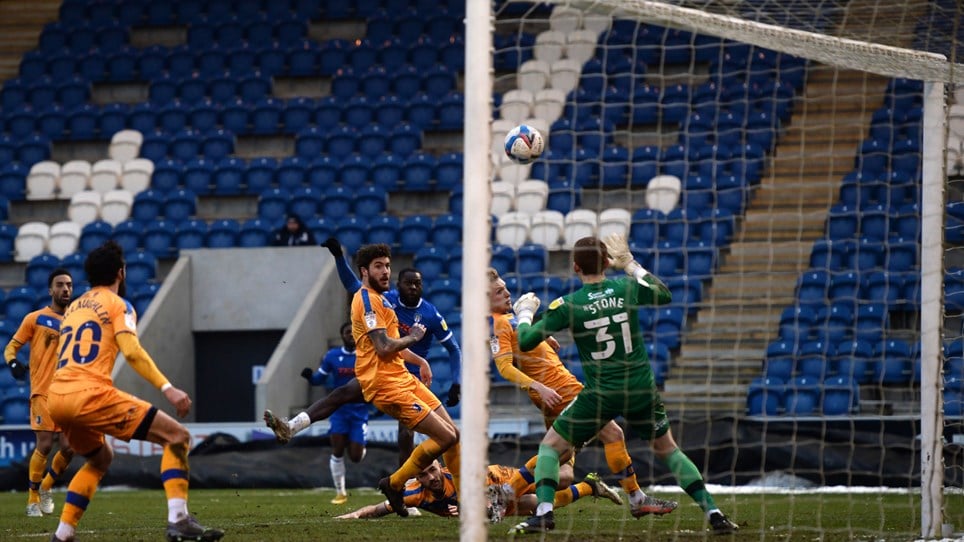 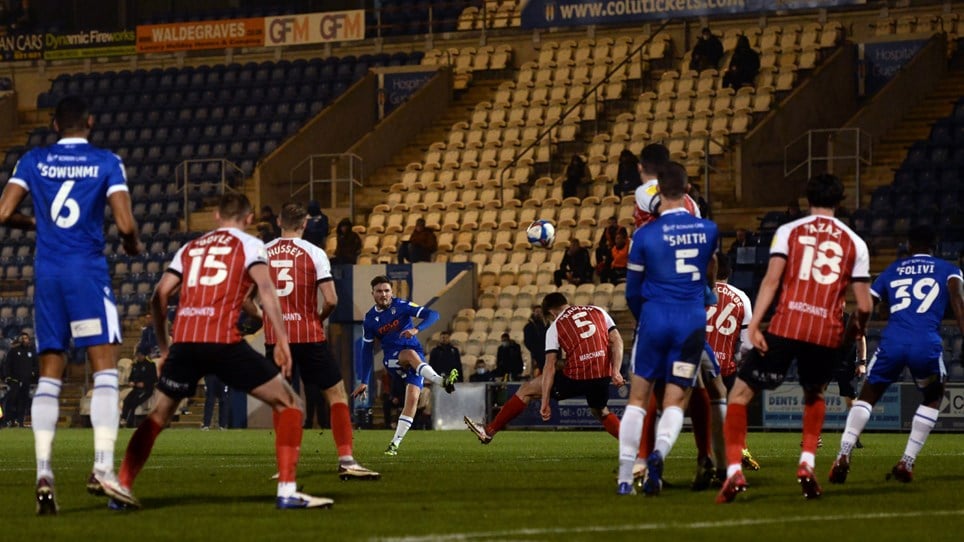