U's fans have been busy voting in the End of Season awards, and we are delighted to announce the winners in each of the six categories.

With the season complete, and the U's ensuring that they will be playing in the Football League next season, fans and players alike have been choosing their top performers from throughout the season.

Also selecting their top performers of the season were the Colchester United Supporters Association and Hospital Radio Colchester.

Player of the Season: Noah Chilvers 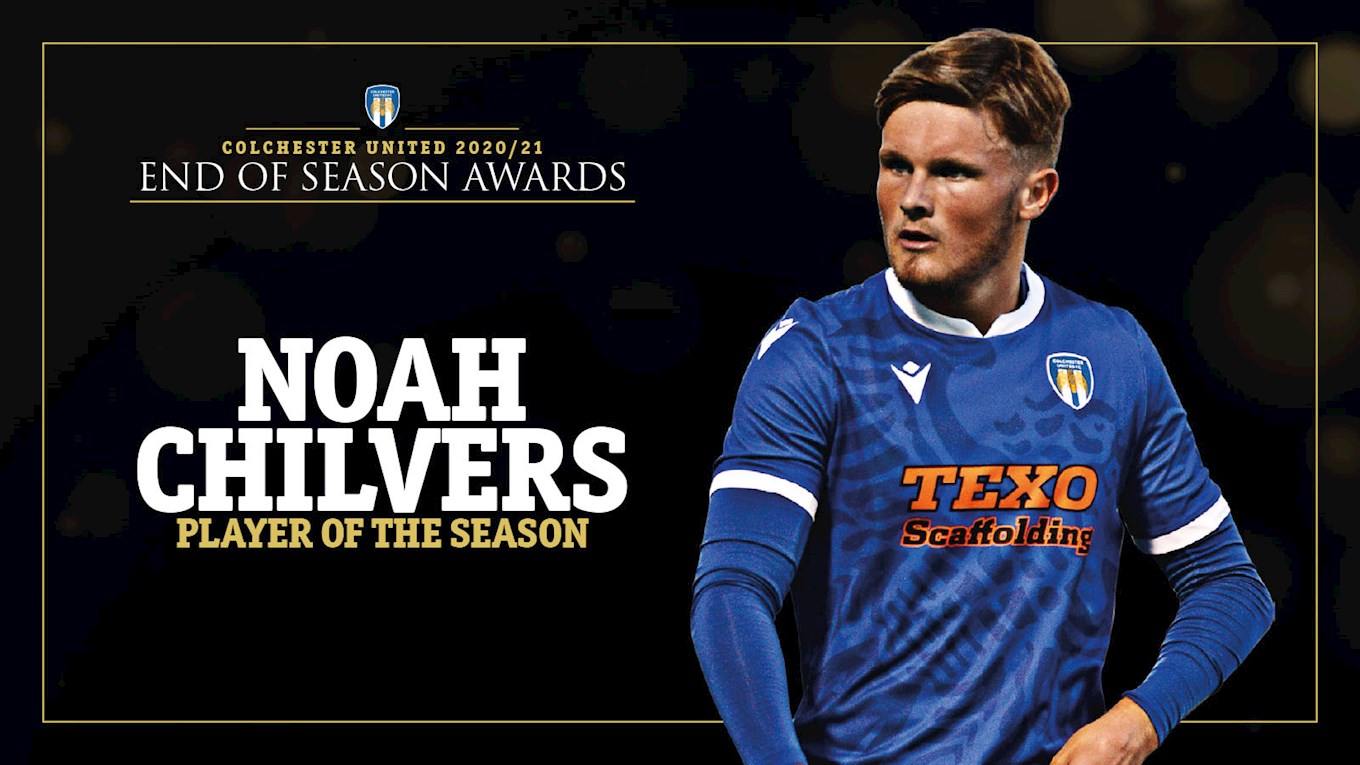 Twenty-year-old Noah Chilvers picked up the main award in his breakthrough season with the U's. After a couple of seasons of development, Chilvers came into his own throughout the 2020/21 campaign, making the third most appearances of anyone in the squad.

Holding down his position in the centre of midfield, Noah faced stiff competition for places from more experienced players to show knowledge beyond his years to be one of the most consistent performers in the U's team.

Noah becomes the youngest player to ever collect the award, being eight months younger than Alec Chamberlain when the goalkeeper picked up the prize in the 1984/85 season.

Collecting his second award, Noah Chilvers was also named the Young Player of the Season by the Colchester United supporters.

Being nineteen at the start of the season, was one of the youngest players in the squad, but was still able to make almost fifty appearances for the U's throughout the 2020/21 campaign.

Goal of the Season: Noah Chilvers vs Barrow

Completing his clean sweep for the fan voted awards, Noah Chilvers has also collected the award for Goal of the Season with his superb strike against Barrow from early in the season.

Arriving at the ball just outside the area, Chilvers' struck the ball powerfully into the top corner with his left foot to give the U's the lead, and also score his first professional goal.

After finding out he had won the three awards, Noah said "It's an honour to win these awards and get the recognition of the fans. It's a shame I didn't get to play in front of them much in the stadium, but I felt their support throughout the year on social media and want to thank them for that." 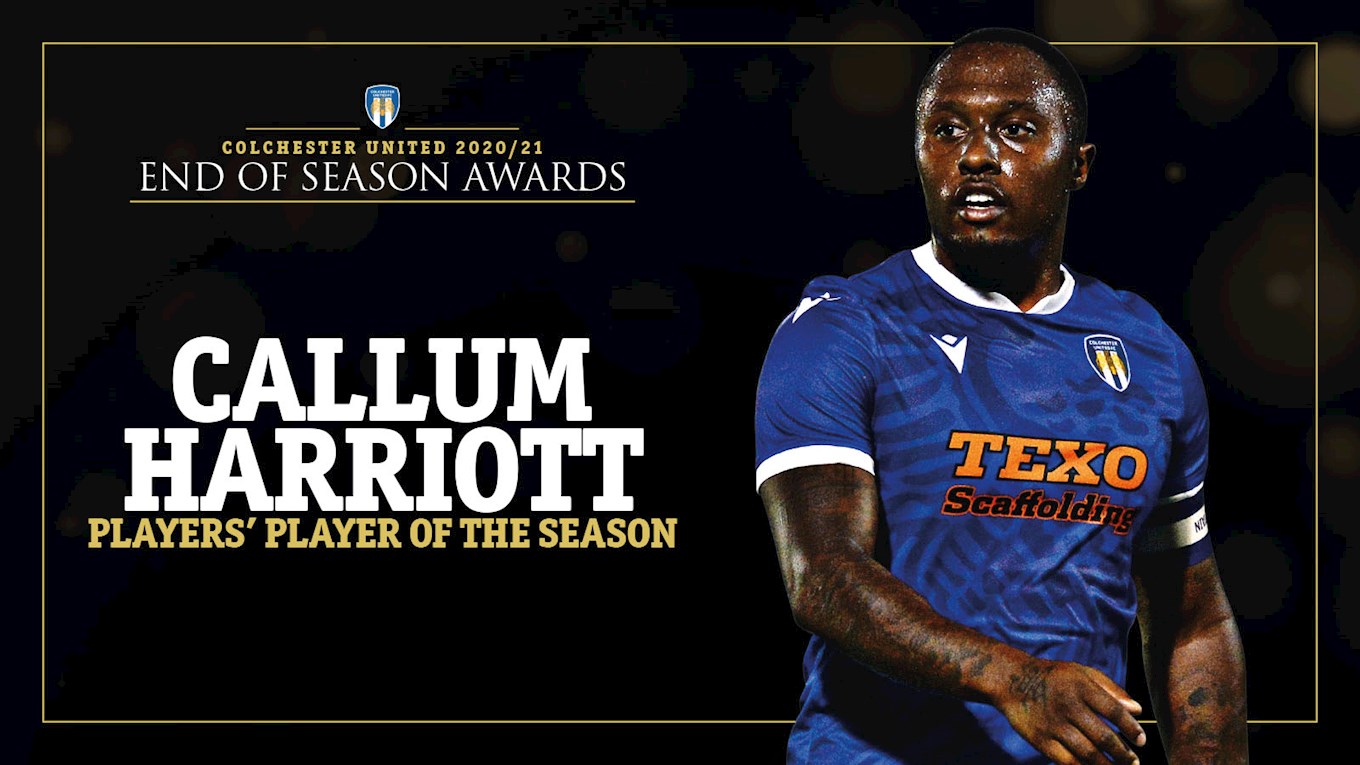 The U's league top scorer and assist maker for the 2020/21 campaign, Callum Harriott has been nominated by his fellow players as the Players' Player of the Season.

Finding the back of the net nine times and making five assists in thirty-eight games, Harriott collected the most votes from his teammates to win the award. 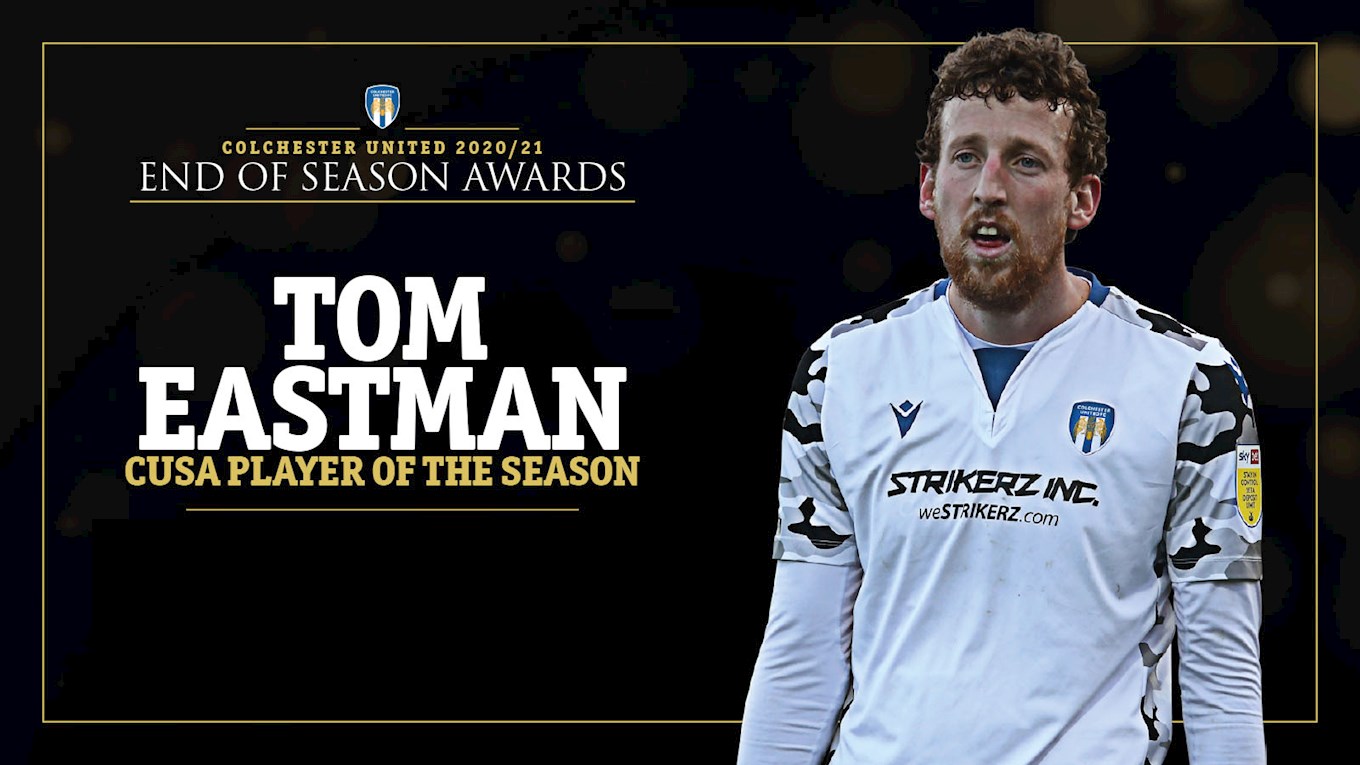 For the second consecutive season Eastman takes the award for the CUSA Player of the Season. The centre-half recently committed his future to the U's with a new two-year deal at the JobServe Community Stadium.

Chairman of the CUSA, Jon Burns said "Tom has been incredibly consistent for the U's over many years, with last season being no different and he has now won numerous CUSA awards during his time here. We will be making a special presentation to him in honour of his success and loyalty once the new season and normality resumes." 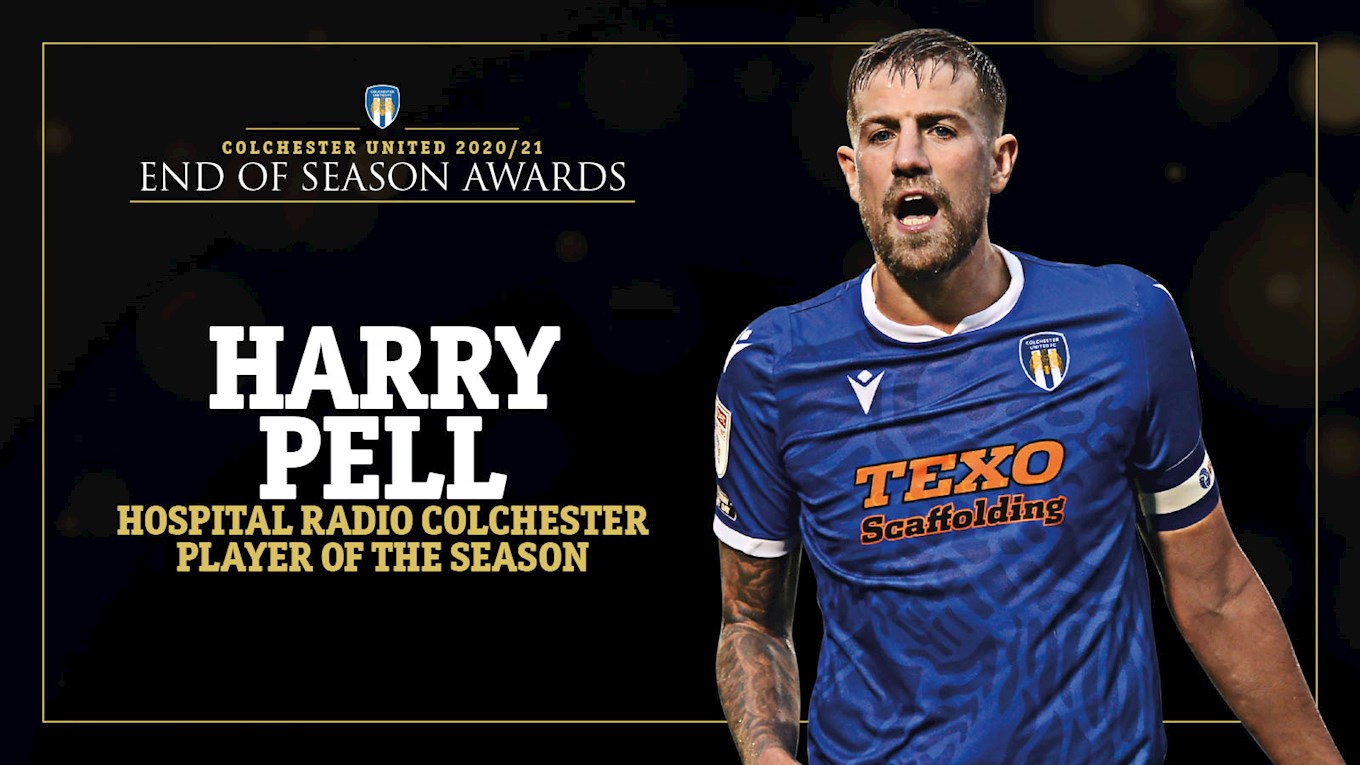 U's captain for the 2020/21 season, Harry Pell took the final award, after being named the Hospital Radio Player of the Season.

Pell helped to keep the U's in the Football League with his twenty-eight appearances and two league goals, notably scoring the second at home to Southend United with a powerful volley.

Hospital Radio Colchester commentator Ron Smyth said of Pell "Harry when he was on the pitch always gave his all either through himself or through his captaincy he always put his body on the line for the team and as with some others when he wasn't on the pitch you knew it."

Congratulations to all the winners!