Colchester United's youngsters will make the short journey up the A12 for their next Professional Development League game with Ipswich Town the opponents for Dave Huzzey's side.

It's fourth against fifth in this evening's Professional Development League clash, with the U's holding a one-point advantage over the Tractor Boys going into the eighth game of the season.

The U's have collected eleven points from their opening seven games, with three wins, two draws and two losses, including a 2-0 away win against QPR last weekend.

As always for the youngsters, it will be a good chance to showcase what they can do, with the first team staff watching on.

Click HERE for more information from the hosts for this evening's game. 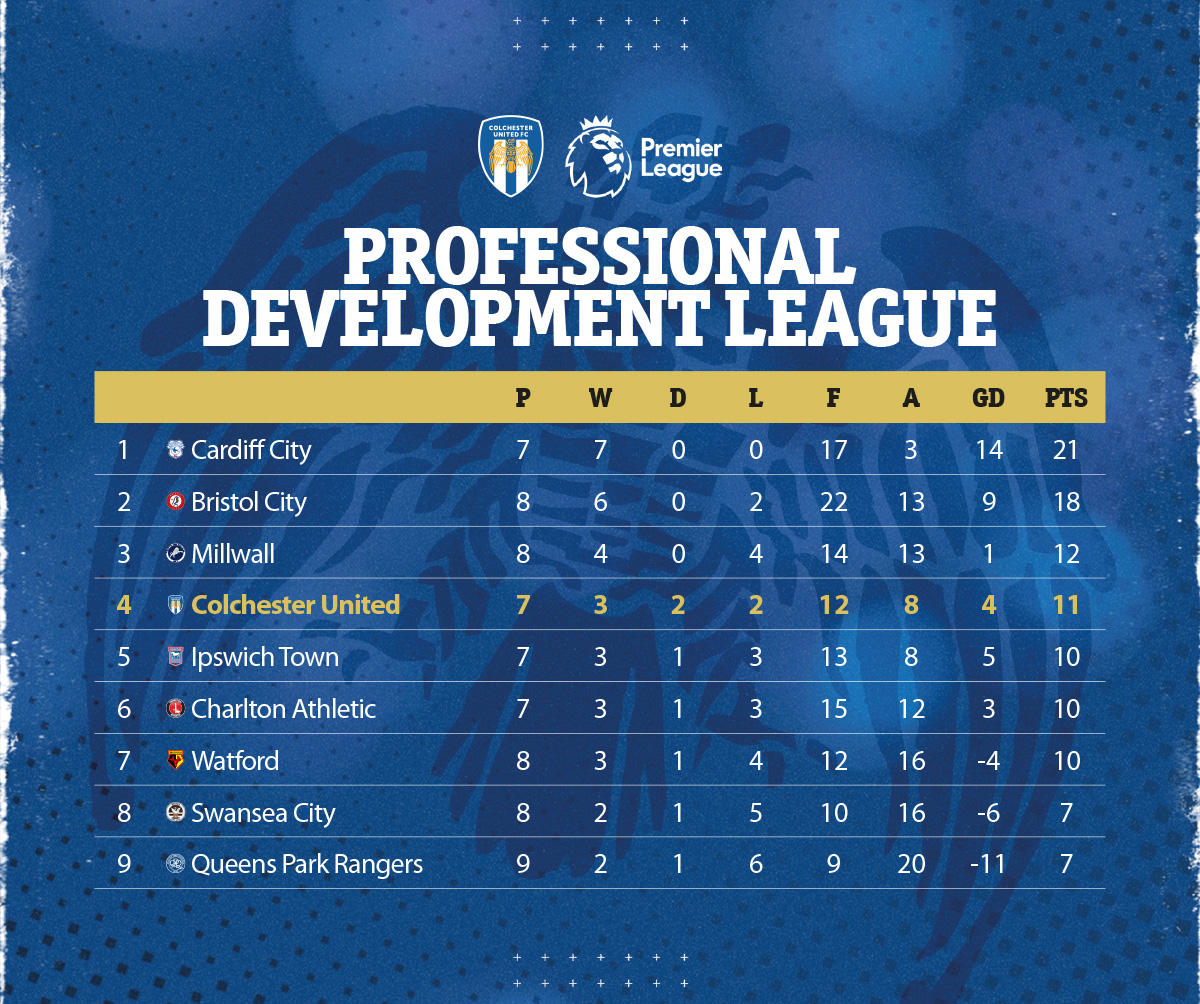