Hayden Mullins will make the fifteen-mile journey to the MEL Group Stadium on Friday night looking to avoid an FA Cup upset when the U's take on AFC Sudbury.

Colchester United will head into the game on Friday night full of confidence after picking up another home win on Saturday afternoon, with victory against Scunthorpe United at the JobServe Community Stadium.

The U's will be wanting to put in a good performance, and progress to the Second Round of the competition in front of the BBC cameras on Friday night at AFC Sudbury.

With Samson Tovide and Junior Tchamadeu returning from suspension for this weekend's match, Hayden Mullins and Alex Dyer will have some decisions to make in team selection, Shawn McCoulsky also wanting to make his club debut after signing last weekend.

The Opposition
AFC Sudbury have made it to the First Round in the competition once since the amalgamation of the two previous Sudbury teams, when they lost to Darlington in the 2000/01 competition.

This season, they have already played six games in the FA Cup, starting in the Preliminary Round against Cockfosters. Further victories against Potton United, a replay win against Stowmarket Town, Cheshunt and finally Dartford earned them a spot in the First Round against the U's.

In the final qualifying round against Dartford, Sudbury overcame the team that play two leagues above after the visitors to the MEL Group Stadium had been reduced to ten men in the second half.

U's fans may recognise a couple of players in the opposing team on Friday night, with former Colchester United youth players George Keys and Marley Andrews playing for AFC Sudbury. 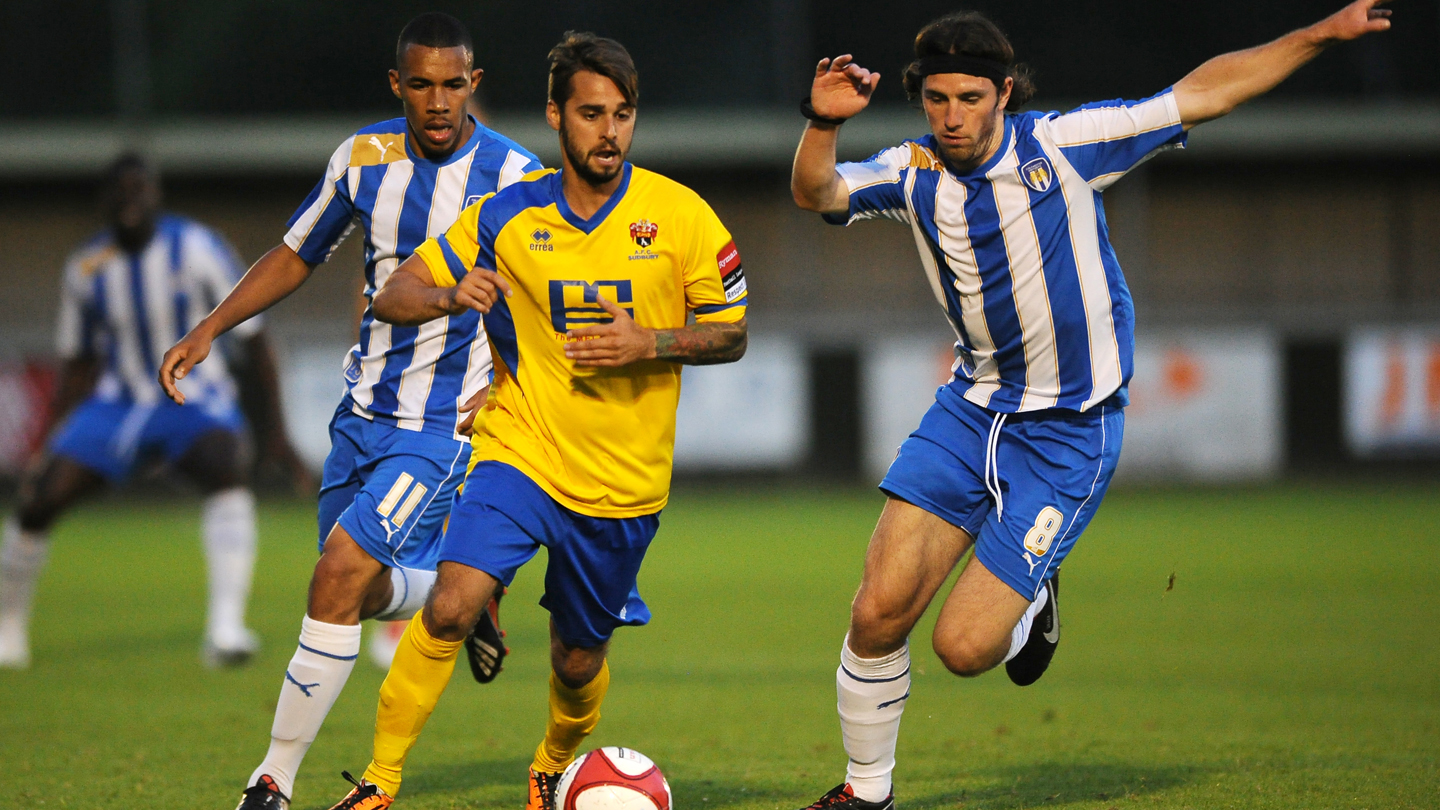 The U's took on AFC Sudbury in a pre-season friendly in 2013, with Joe Dunne's side coming out 5-0 winners at King's Marsh Stadium. John-Joe O'Toole, Marcus Bean, Phil Roberts and Sammie Szmodics (2) were all on target in the friendly on the Friday evening in early July.

TV
With all U's tickets now sold out for the fixture, the only way to watch the game is live on BBC 2 or BBC iPlayer with kick off at 7:55pm on Friday 5th November.