Colchester United's two international players helped their sides to win both games while on duty over the past few days.

The U's were without Captain Tommy Smith and Armando Dobra for last weekend's game on the road at Tranmere with the pair representing their countries on international duty.

Tommy Smith and his New Zealand teammates won their two games against Patrick Kluivert's Curaçao and then against their hosts Bahrain.

The first game against Curaçao was won 2-1 by the All Whites with both goals coming in the first half, from Bill Tuiloma and Burnely's Chris Wood. Tommy Smith was named on the bench and came on with fifteen minutes to play.

In the second game, New Zealand were winners once again, this time with a late goal to win the match 1-0 against Bahrain. Niko Kirwan netted in the eighty-ninth minute with Tommy Smith once again coming on with twenty or so minutes to go to earn his fortieth cap for his country.

Tommy was cheered on in Bahrain by the Colchester United Supporters Group In Bahrain - a twelve-strong group of exiled U's fans who were in attendance at the Bahrain National Stadium (pictured below). 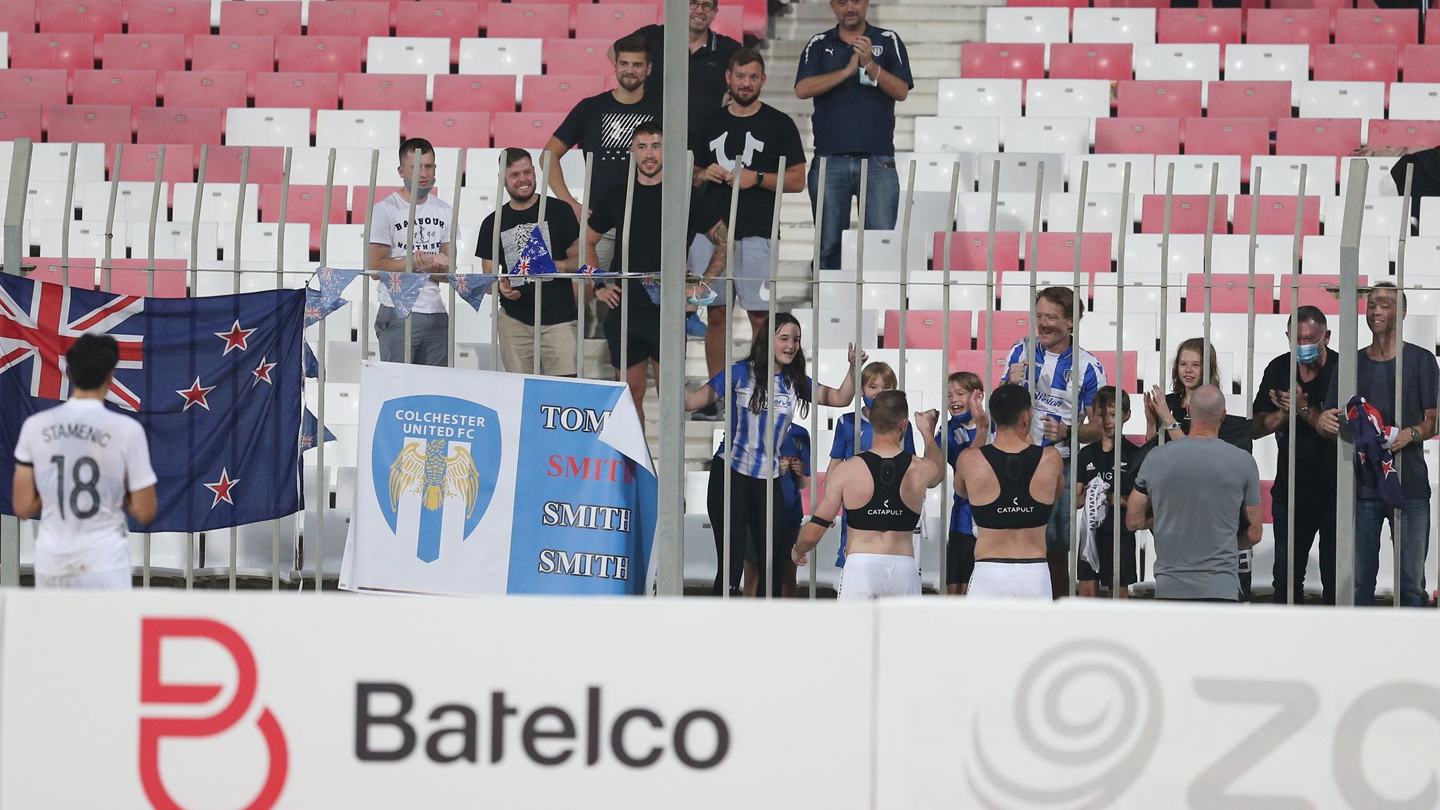 Armando Dobra was in action for Albania U21s as their look to qualify for the Euro U21 Championships in 2023.

Dobra started both games for his country, with both games being won 2-0 against Andorra and Slovenia.

In the second game the U's loanee was on target, scoring the second goal of the game against Slovenia, in the fifty-eighth minute. Dobra found the back of the net with a placed header from the centre of the penalty area, being substitued ten minutes later with Albania comfortably in control.