Colchester United will take on promotion-chasing Exeter City at St James Park this weekend, looking to bounce back from the defeat to Stevenage.

Wayne Brown's side fell to a disappointing 2-0 defeat at home to Steve Evans' side last weekend, but will be looking to rectify that against Exeter City on Good Friday.

Former Grecian Jake Taylor, and former U Luke Norris both found the target in the defeat, as Wayne Brown said he “could accept his side being out-performed, but not being second best to a team who wanted to win more.”

And now with a tough couple of games on the horizon, the U’s will have to draw on the confidence that saw them collect four wins from six matches not so long ago on the road in Devon.

Wayne Brown should have almost a full contingent of players heading to Exeter City on Friday afternoon. The U’s have been without Owura Edwards and Tom Dallison for the last few games, while Alan Judge and Emyr Huws have returned to the matchday squads.

The Opposition
Exeter City will be heading into the contest full of confidence after picking up three wins from their last three games, collecting wins against Carlisle United, Newport County and Stevenage. It forms part of their eight-game unbeaten run that has propelled the Grecians to second in the table, and teetering on promotion to Sky Bet League One. 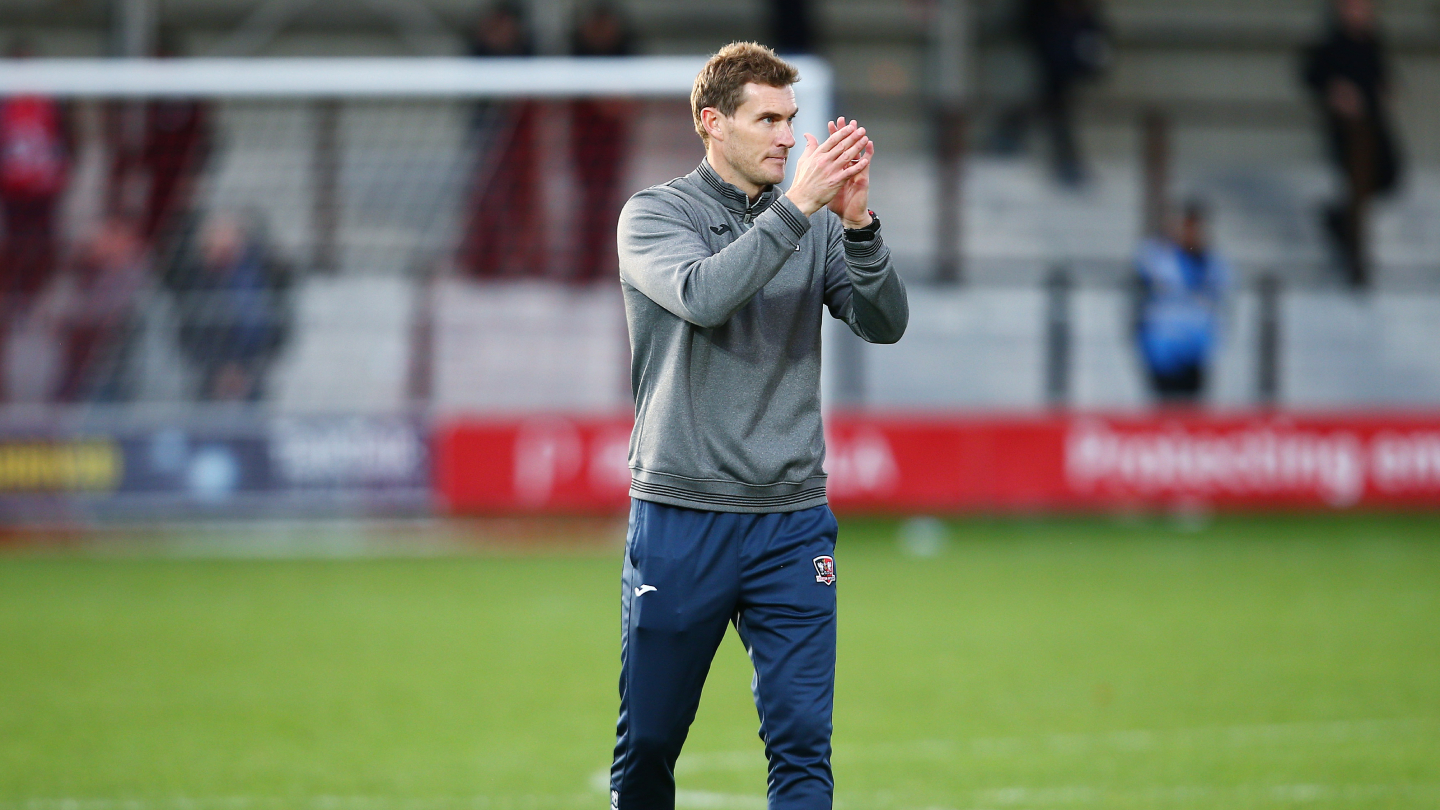 With a few changes in the summer, Matt Taylor has been able to get a consistent tune out of his players, as Exeter have lost just six league games all season – only Forest Green have lost fewer.

Their talismanic captain Matt Jay is approaching his 200th appearance for the club, and after netting fourteen in forty-five games this season he will be aiming to end the season with a first promotion on his CV.

He leads the way in the scoring charts for the club, with a good chunk of his goals coming throughout October and November, where he scored six in seven games.

Just behind Jay in the goalscoring standings is former Southend United midfielder Tim Dieng. Relegated with the Shrimpers last season, he has been rejuvenated with a move to Devon with thirteen goals in forty-one appearances, as well as being named in the League Two team of the week consistently over the last few games.

A man that U’s fans will recognise well, after two seasons at the JobServe Community Stadium, is Jevani Brown. After struggling towards the end of his U’s career, he is another that has found form at St James Park as one of the most threatening attacking players in League Two this season. 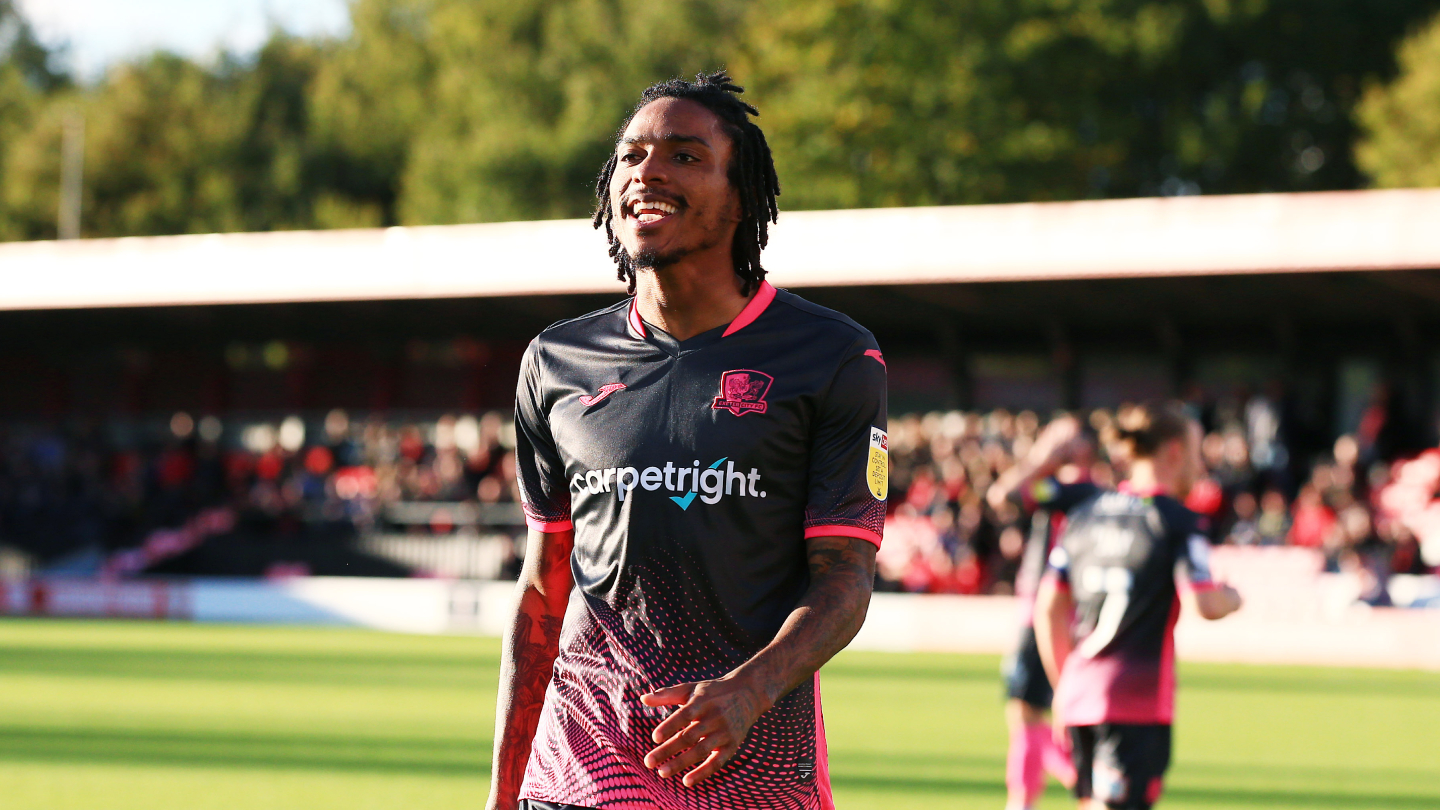 Brown has seven goals in forty-three appearances, as well as eleven assists for the club this campaign – the third highest total in League Two. His record of 100 chances created in games this season is unmatched by any other player in the fourth tier, with almost 2.5 created every game.

Further back, Exeter City have Sheffield Wednesday loanee Cameron Dawson between the sticks. With sixty-five Championship appearances to his name for the Owls, he has proven himself to be one of the most reliable ‘keepers in the division with sixteen in thirty-nine appearances, the third highest tally.

Match Officials
Will Finnie is the referee for Good Friday's game at Exeter. He has taken charge of thirty-two games this season, handing out sixty-nine yellow cards and four reds.

His last game involving the U's was the 2-0 home defeat to Barrow earlier in the season, a game that saw four cautions.

He will be assisted by Robert Dabbs, Richard Morris and Alex James.

The U's claimed victory over the Grecians earlier this season. Syl Jasper, Noah Chilvers and Freddie Sears were all on target in the win, with Padraig Amond getting the consolation for the visitors back in November.

No further tickets are available for the U's clash with Exeter - the only way to watch is with a £10 Match Pass from iFollow. Click HERE to get yours, and cheer the U's on from home.