Wayne Brown's side will be looking to make it three consecutive wins when struggling Stevenage visit the JobServe Community Stadium this weekend.

The U's have recorded wins against Tranmere Rovers, courtesy of Junior Tchamadeu's fine late strike, and Harrogate Town with Freddie Sears and Noah Chilvers both on target last weekend.

And with a relegation-threatened Stevenage in North Essex on Saturday afternoon, Wayne Brown's side will have another three points set firmly in their sights.

Tom Dallison was once again missing from the matchday eighteen, still suffering from the groin strain he picked up in the warm up against Leyton Orient at the start of February, but the U's should have Tommy Smith back in the ranks, as the Skipper returns from international duty.

Tyreik Wright also came back from internationals with Ireland U21 last weekend, with Emyr Huws and Alan Judge again taking their places on the bench. The only other injury concern for Brown would be with Owura Edwards who hasn't seen action since the U's slender defeat against Bristol Rovers.

The Opposition
Swapping Paul Tisdale for Steve Evans, Saturday's visitors will be desperately looking to take something from the game as they sit three points adrift of safety in twenty-third place.

Tisdale saw his side endure a tough run of form that meant Boro dropped from sixteenth to twenty-third in the space of eight weeks, picking up just three points from their last eleven games. 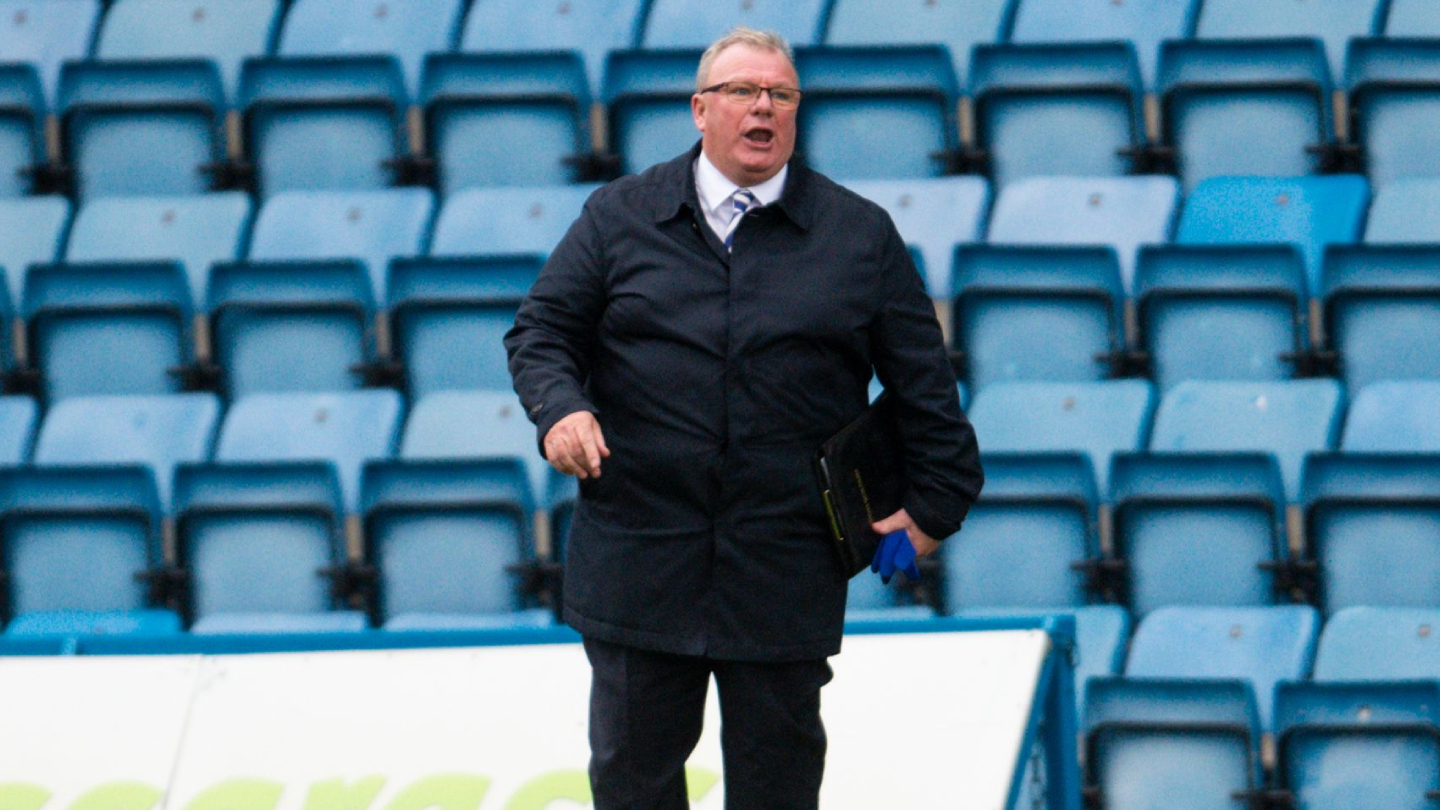 And as such, former U's advisor Tisdale was replaced with Steve Evans a couple of weeks ago, with the former Rotherham, Leeds and Mansfield boss hoping he can turn things around.

He'll have a tough job on his hands though, with two losses from his first two in charge, including a defeat last weekend to direct relegation rivals, Oldham Athletic.

"The boys gave us everything in terms of effort and energy, and I think we were outstanding in spells today. You’d have to be here to see the chances we missed to believe it, but Oldham have scored with their only chance on goal.

“But football is about winning, and we need to concentrate getting back on the training ground and keep the spirit high for the next one. We said nothing is won or lost today, and it wasn’t. We’ve got the troops and we’ll be ready when we go to Colchester.”

There could be a very familiar face lining up in opposition colours on Saturday afternoon, with Luke Norris returning to the JobServe Community Stadium for the first time since his switch to Stevenage this weekend. 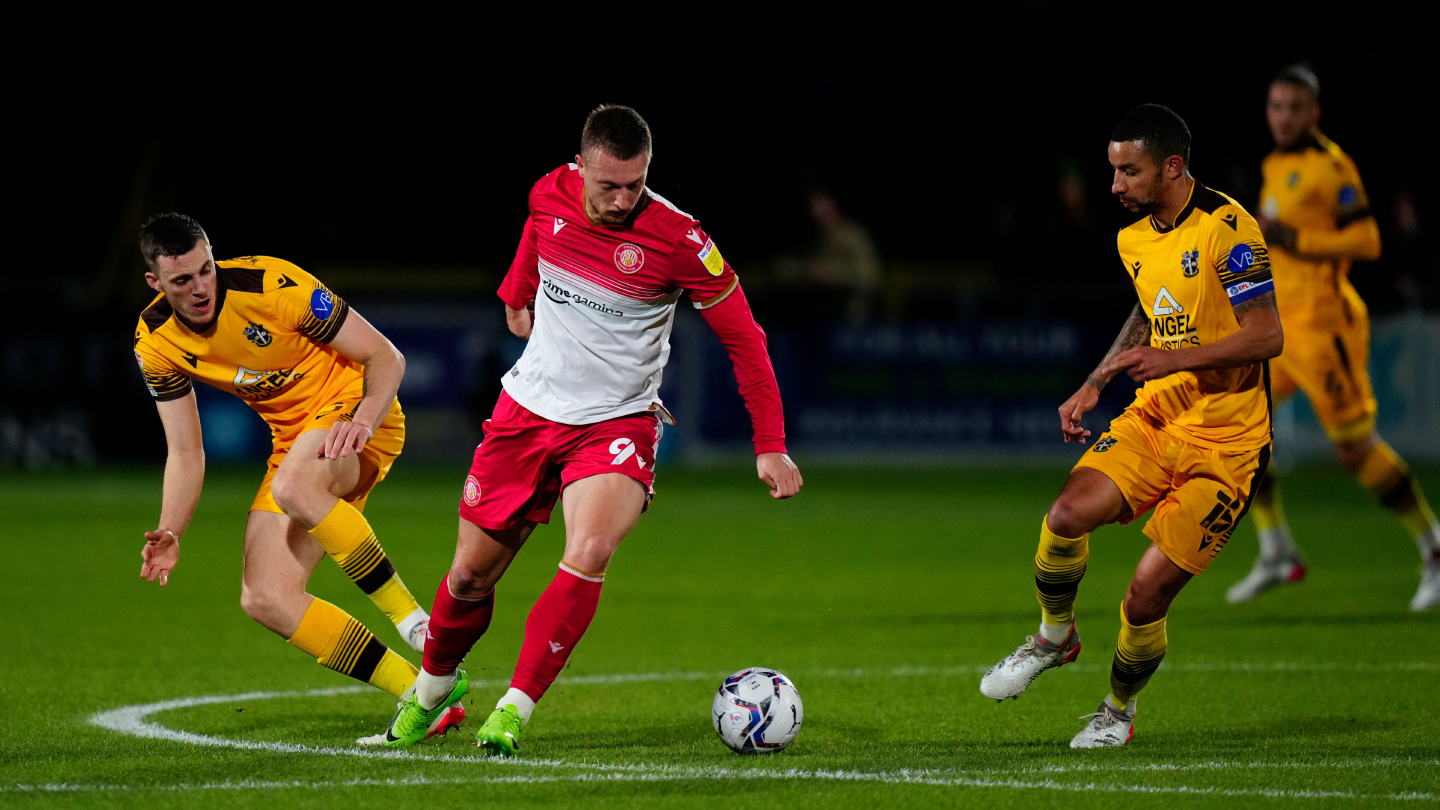 The former U's man made almost 100 apprances for the club, opting to join Stevenage in January 2021, and has hit eleven goals in forty-four appearances so far this season.

Another dangerous player that Wayne Brown and his side will have to be aware of is Elliott List, the top scorer for Stevenage this season. List's tally of twelve goals in thirty-eight appearances is boosted by another two assists, making him the most threatening player for this weekend's visitors.

Steve Evans has plenty of experience in his ranks with the likes of Jake Taylor, Scott Cuthbert and Luke Prosser all at his disposal. Former Exeter midfielder Taylor has played forty-five games this season, second to none in the Stevenage ranks, with Cuthbert just behind him.

Former U's captain Luke Prosser has been less involved, but still turned out thirty-one times for the Hertfordshire side.

In goal, Stevenage are likely to play Christy Pym, a name U's fans might recognise from his time at Exeter City a few seasons ago. Pym has been at Peterborough more recently, the club he is on loan from, having played in seven Championship games for the London Road side this season.

Match Officials
Charles Breakspear has been named referee for this weekened's home game against Stevenage. He has overseen thirty-two matches this season, handing out 145 yellow cards and six reds.

His last game involving Colchester United was the U's 2-1 defeat to Sutton United in the knockout stages of the Papa John's Trophy in January.

He will be assisted by Paul Yates, Garry Maskell and Declan O'Shea.

Elliott List's spot-kick was the difference between the two sides earlier this season, after being felled by Shamal George inside the penalty area. The U's had good chances with Charlie Daniels and Syl Jasper going close, but couldn't find a way through the resilient home defence.

Ticket Info
Tickets are currently available to purchase at the ADVANCE rate from Col U Tickets - click HERE to get yours and support the U's at home this weekend.

Tickets will also be available to purchase on the day from the Club Shop.

Click HERE for information on the car park for this weekend's fixture.