Colchester United host Leyton Orient in the third of their four consecutive home league fixtures, with the O's heading to Essex on Tuesday evening.

The U's were held to a draw by Oldham Ahletic on Saturday afternoon, with Wayne Brown's side getting a second half equaliser through Noah Chilvers' deflected cross.

The interim boss made four changes to the team, with Tom Dallison making his first start since returning from injury, while Shamal George played his first game since completing his suspension.

And the U's will have more selection dilemmas to contend with on Tuesday evening, with Wayne Brown confirming his side have a full set of players to choose from other than Ryan Clampin who is still recovering from a long-term injury.

The Opposition
Leyton Orient have gone from promotion contenders at the start of the 2021/22 season to fighting off relegation going into the last dozen games of the campaign.

With their drop in form, that has seen the O's not pick up a win since the middle of December, Kenny Jackett has lost his job, with Matt Harrold (below), Jackett's assistant, taking the reins on a temporary basis. 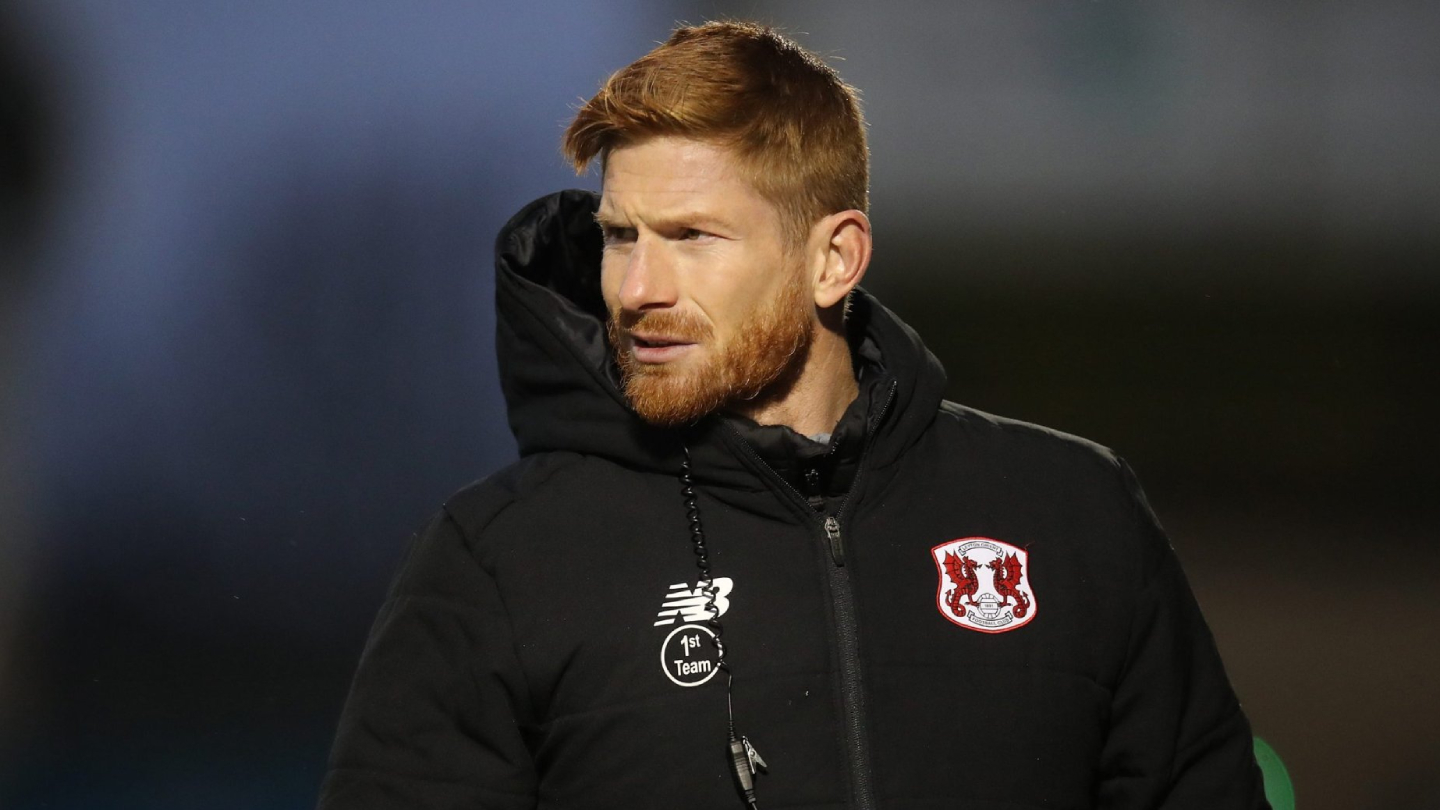 Harrold's first game in charge on Saturday saw Orient fall to defeat at home to a fellow struggler this season, with Carlisle United running out 1-0 winners in East London courtesy of Omari Patrick's sixth-minute strike.

And speaking after the game, the interim boss said he thought his players left everything on the pitch.

"I'm gutted for the players and the fans, and I thought the boys gave everything in the game. I think maybe it was a case of being a bit over-emotional early in the game.

"I warned them in the dressing room that they didn't need to win the game early. It was a ninety-five minute contest and we tried to take risks to early on. There's a lack of confidence in the group at the moment, and a touch of anxiety which is normal."

Despite their lowly position in the League Two standings, Harrold has one of the most potent attacking forces at his disposal with Aaron Drinan and Harry Smith leading the line for the O's this season, scoring a total of twenty-six goals between them.

Drinan and Smith are in a dry spell at the moment though, with both having not found the net since Orient's December win against Swindon Town.

At the other end of the pitch, Chilean goalkeeper Lawrence Vigouroux has kept eight cleen sheets for his side, although the O's defence has been leaky over the last few weeks. Conceding a goal in each of their last seven games, Vigouroux's last clean sheet was against Port Vale on the 22nd January.

Match Officials
Neil Hair is the referee for the U's game against Leyton Orient. Hair has been in the middle for twenty-three games this season, handing out seventy-six yellow cards, and no reds. He last officiated the U's during last season's goalless draw against Leyton Orient in East London.

Hair will be assisted by Gary Maskell, Paul Kelly and Stuart Butler.

Freddie Sears' fourth-minute strike earned the U's all three points in the contest at the Breyer Group Stadium just over three weeks ago. Although Wayne Brown's side won by just a single goal, they were in control of the tie, and never really looked in danger of losing the lead once they had gone in front.

Ticket Info
Tickets for the U's game against Orient are on sale, and home fans will be able to purchase from the Club Shop on Matchday. Click HERE for all the ticketing information on the game.

Streaming
If you can't make it to the game, it will be available to stream on iFollow with a £10 Match Pass. Click HERE to get yours and support the U's from home.