Colchester United are proud to partner up with Together United, a campaign launching with aims to tackle all forms of abuse and discrimination in sport, centring itself around three focal points;

The clubs involvement with the initiative will see players and key figures in and around the club acting as ambassadors, telling their story and experiences of abuse via podcasts and other content.

To further support the campaign, important messaging and together united branding will feature prominently in the concourses, washrooms and around the pitch side hoardings.

"We are excited to get involved with and collaboratively launch this campaign, abuse is a problem prevalent in today’s society, especially with the anonymity offered through social media platforms.

"We believe that our players, staff and fans alike should be able to attend games without any fear of being subjected to abuse and discrimination. I look forward to seeing the project grow and being a part of the work that Together United do to educate and create a more positive environment." 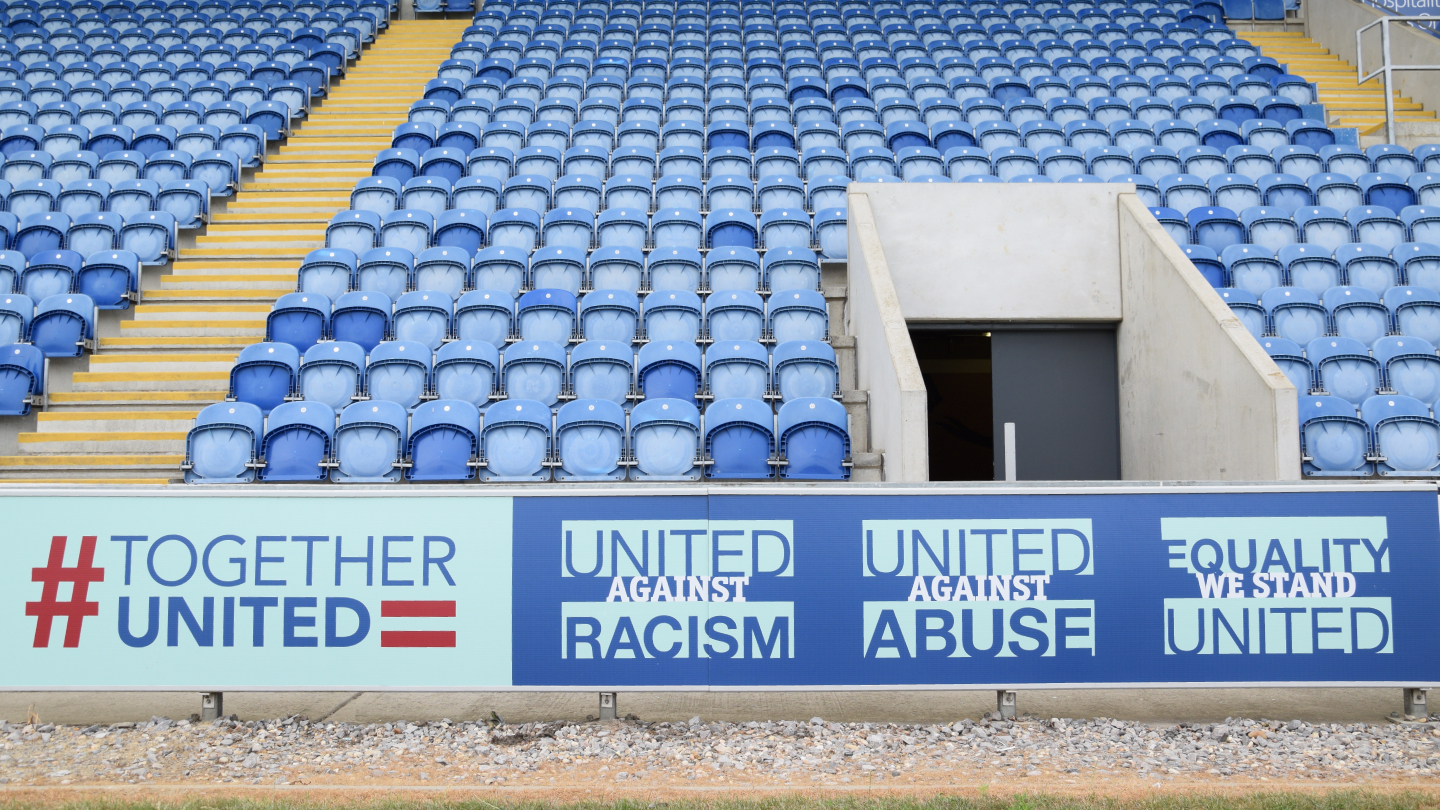 Together United Founder, Simon Dickerson added: "#TogetherUnited has been launched to highlight the effects of Abuse, Racism, and Inequality in sport and to educate everybody on these topics. It’s designed with the raw truth, the passion, and the drive to bring change in a personable, less corporate way. Bringing the whole sporting world together to find out how different sports can work together in one common goal.

"It allows you to hear from, and relate to, your heroes on the affect this has on them both professionally and personally. While also acting as a support network for all in showing how others have dealt with the related issues that are not acceptable in day-to-day life, let alone in sporting arenas.

"We are honoured to be launching this project with the support of the Colchester United family and look forward to the season ahead.

"It’s good to talk, it’s good to listen, as we all stand together, ‘United As One’. #TogetherUnited."

Together United’s website will feature a whole host of content including downloadable posters and podcasts with ambassadors, featuring Colchester United’s own Luke Hannant and Freddie Sears.

To find out more information about Together United and to see the first podcasts, head over to www.togetherunited.org.uk