Colchester United head north to take on Harrogate Town on Saturday afternoon at the EnviroVent Stadium.

Wayne Brown's side will head into the fixture full of confidence after securing a late victory over promotion-chasing Tranmere Rovers last weekend.

Junior Tchamadeu's first professional goal came at the perfect time, being pretty much the last kick of the game, and sealed a vital three points for the U's in their quest to retain their Football League status.

There were welcome returns for Alan Judge and Emyr Huws who were named as subs during the slender win, but the U's were without Bristol City loanee, Owura Edwards who was missing through injury.

Brown could be boosted by the returns of Tommy Smith, Tyreik Wright and Armando Dobra who have all been away on international duty.

The Opposition
Harrogate Town topped the League Two table after five games of the season, keeping a spot in amongst the top seven until the twentieth game of the campaign.

But a poor run of form in December for Simon Weaver's side saw them fall away to their current lower mid-table position, with little to play for during the rest of the 2021/22 season.

Last weekend, the Sulphurites picked up three points at bottom club Scunthorpe United with a 3-0 victory, and sitting fifteenth in the table with forty-seven points, they could sneak into the top half with some good end of season form. 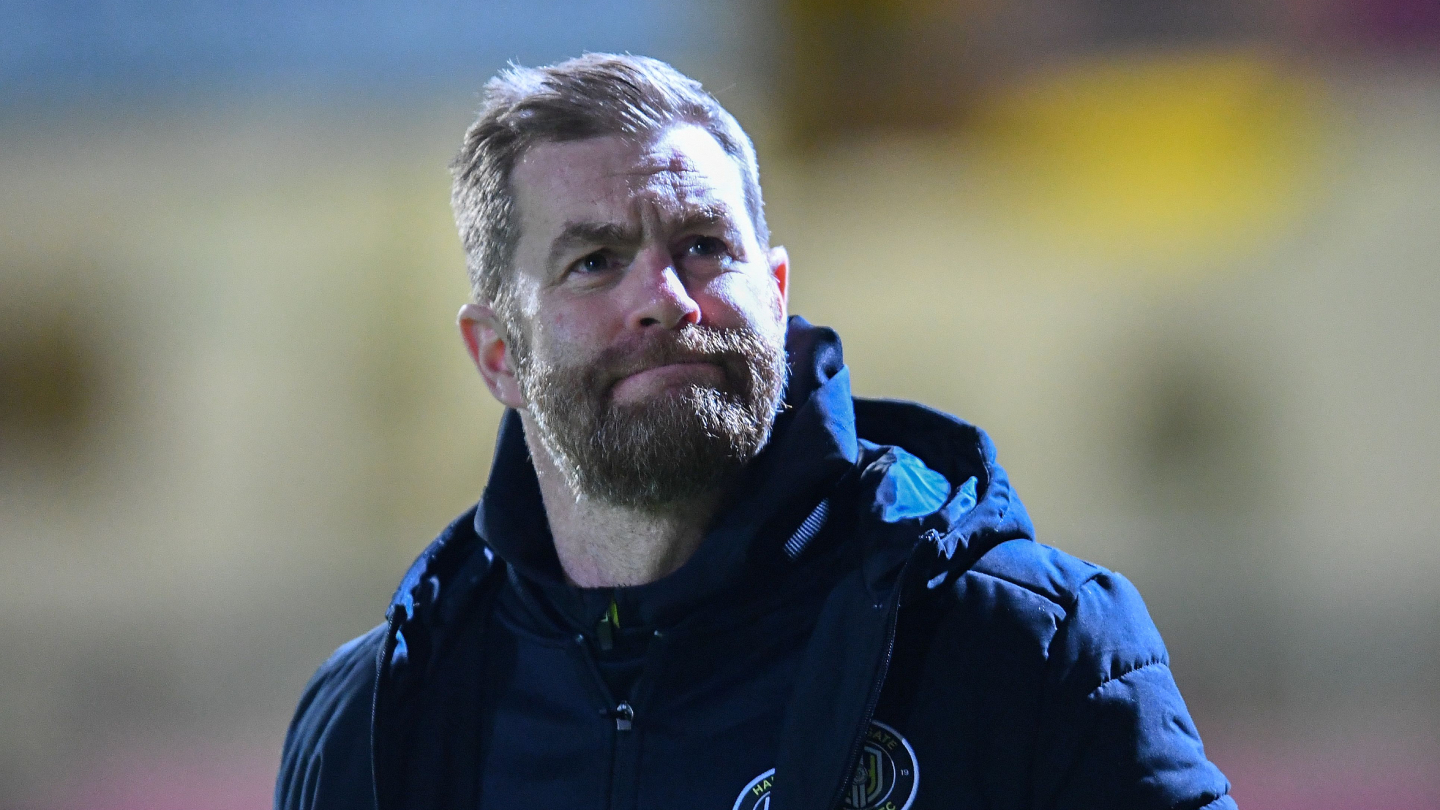 "It was a relief to get back to winning ways last weekend, I think we showed the required energy and graft. There's no easy game in the Football League, and they were fighting for their lives, and we had a lot at stake.

"The players have been great in training - it's been a hard time over the last few weeks. Sooner or later the confidence does get eroded, because we weren't picking up three points, but we've got to thank the player for keeping their spirits up.

"We want to rack up as many points as possible from now until the end of the season, and get the fans behind us."

Saturday's hosts are a side that have seen plenty of goals across the season, with only Scunthorpe United conceding more. But at the top end of the pitch, Harrogate are the top scorers outside the top ten. 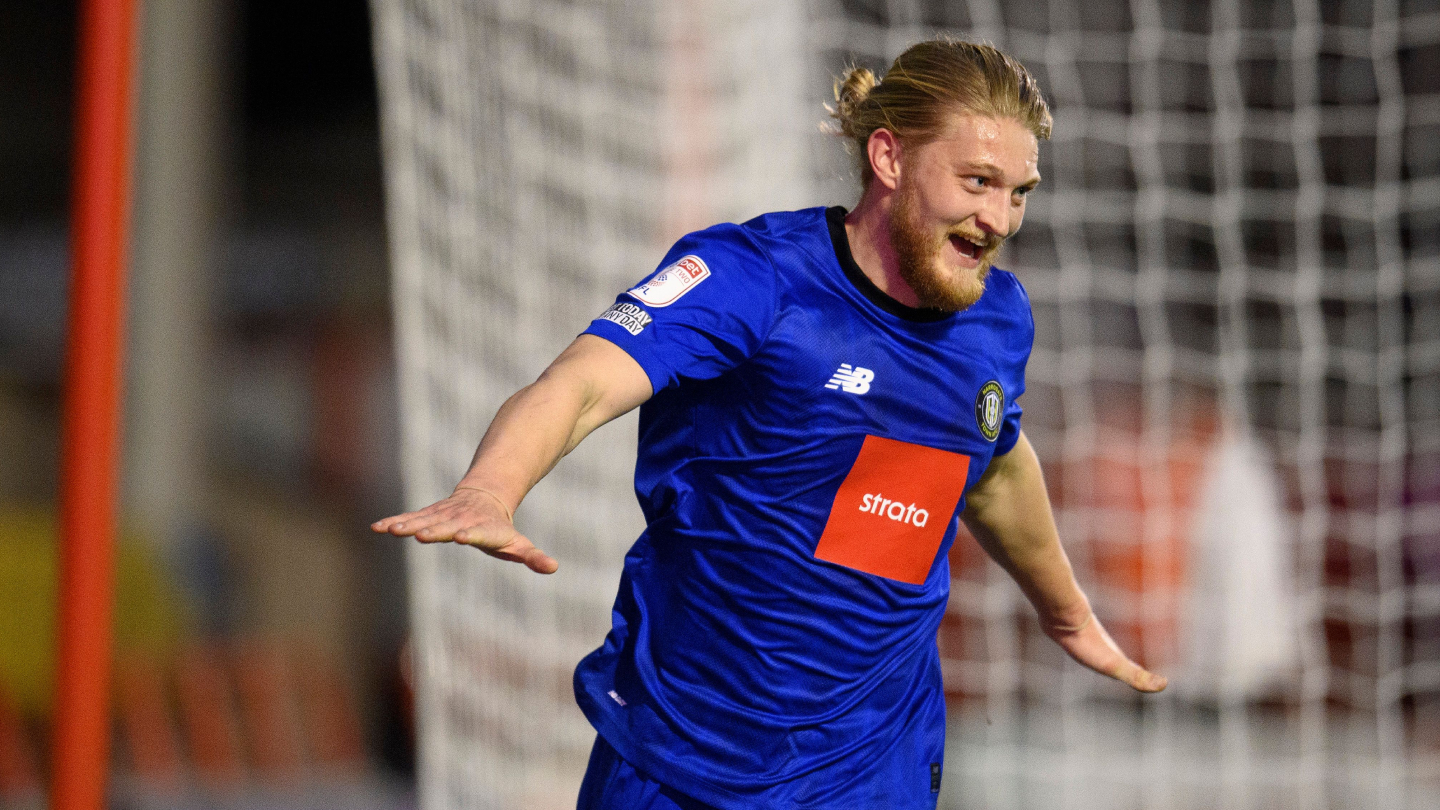 Luke Armstrong leads the way with twelve goals this season, but is closely followed by the attacking pair of Jack Diamond and Jack Muldoon who are on eleven and ten goals respectively.

Diamond has another seven assists to his name, with his latest coming last weekend during the 3-0 win against Scunthorpe United.

Weaver has familiar names from last season’s Harrogate squad at the back, with Will Burrell and Will Smith playing in the centre of defence, and Ryan Fallowfield holding on to the right-wing back spot.

But the departure of James Belshaw in the summer saw former Southend United ‘keeper, Mark Oxley brought in between the sticks. The thirty-one-year-old goalkeeper has made forty-six appearances so far this season, keeping nine clean sheets in all competitions.

Match Officials
Simon Mather will be the referee for Saturday's fixture. Overseeing twenty-six games this season, Mather has handed out 115 yellow cards and nine reds.

His last game in the middle with the U's was in September's evetful win at Barrow, with both players having a man sent off as Tom Eastman scored late on to seal victory.

Mather will be asissted by Mark Cunliffe, Bradley Hall and Thomas Kirk.

The U's left it late to grab their first home league win of the season, with Syl Jasper slotting home in the last few minutes of the game. Brendan Wiredu ran the length of the pitch before picking out the perfect pass for the Fulham loanee to net his first goal for the club, and seal a first home league win for Hayden Mullins.

Ticket Info
Tickets are on sale from the U's Ticket Office until 2pm on Friday 1st April (subject to availability).

There are NO AWAY SALES ON THE DAY. All tickets must be purchased in advance.