Colchester United take on Aston Villa in the Carabao Cup on Wednesday evening - but it's not the first time the two teams have come face to face in the League Cup.

Back in 1974, the sides came face to face at Layer Road in the quarter finals of the competition at Layer Road.

Villa were to run out winners in that match, played in front of 11,812 supporters.

Alan Little's goal after 28 minutes was the first that the U's conceded on their way to the last eight and they went two down on the hour mark as Ray Graydon doubled the advantage.

There was late hope for the U's as John Froggatt reduced the arrears with six minutes to go, but Villa progressed and went on to win the cup that year, beating Norwich 1-0 in the final thanks to another goal from Ray Graydon.

In 1979, the sides were reunited in a two legged Second Round tie.

Again, Villa took a two goal lead - Gary Shaw scoring in each half to give them the advantage going back to Villa Park.

However, the U's fought back in the second leg, with goals from Trevor Lee and Bobby Gough taking the game all the way to a penalty shoot-out.

The drama didn't stop there either, as the penalties progressed all the way to U's goalkeeper Mike Walker, who missed his kick with Villa progressing to the next round 9-8 on penalties.

The Midlands side were to lose to Everton in the next round, with Wolves eventually winning that year's trophy.

Colchester United pushed Championship side Aston Villa all the way on a wet Wednesday night, but it was the visitors who progressed 2-1 in a closely fought cup encounter.

It looked like the U's might have a mountain to climb when they found themselves two down early on in the match, but they found the spirit to get back into the game.

After Scott Hogan opened the scoring, Frankie Kent deflected a ball into his own net, but it was the U's number six who also got his side's opening goal.

In among all of that action, the U's missed a penalty won by Sammie Szmodics, with Jed Steer saving Mikael Mandron's spot kick.

And Steer was to have the final say in a strong second half display from the U's, as he turned away Szmodics' goal bound effort at full stretch.

Hogan's opener came after just seven minutes as the ball squirmed away from Sam Walker for the striker to tuck home.

The U's went straight up the other end, and after Samba felled Szmodics, Mandron saw his penalty turned away.

The game started to settle down before the visitors went further ahead, with a hint of offside about their second.

The ball was squared in from the right, but Kent could only help it into his own net beyond Walker.

Colchester responded strongly again and Szmodics thought he had pulled one back, but it was hooked off the line.

The U's began to build up a head of steam as the half came to a close and after Steer fended away Szmodics' effort with a strong hand, the home side got the goal they deserved.

A set piece was cleared into the path of Reid and his drilled shot was flicked home into the bottom corner by Kent.

They might even have got level on the stroke of half time, as Murray's header from just inside the box was tipped over by Steer.

The visitors came out strongly at the start of the second half and the impressive O'Hare drove one just over the bar as they pressed for a third.

Cameron James cleared one off the line and then Walker saved well at full stretch, but the home side remained within just one goal.

A Wright free kick was spilled at his near post by Steer in a rare lapse, but he saw his defenders smash clear.

Then Steer redeemed himself as Szmodics smacked one that looked destined for the top corner, before Steer pushed it away at full stretch.

The U's kept pressing but, with Villa happy to see off the pressure, it finished 2-1 to the visitors, who make it through to Round Two.

That said, John McGreal will have been happy with how his side dusted themselves down after the early setbacks to make a real match of it.

The U's Carabao Cup tie against Aston Villa takes place on Wednesday evening and several blocks around the stadium are now moving closer to sell out.

The U's will welcome Steve Bruce's Villa side to the Weston Homes Community Stadium, looking to bounce back from Saturday's reverse at Accrington.

With the game taking place on Wednesday evening in a 7.45pm kick-off, the following blocks are nearly full:-

Fans are advised to purchase in advance of the fixture to beat any queues on the night. 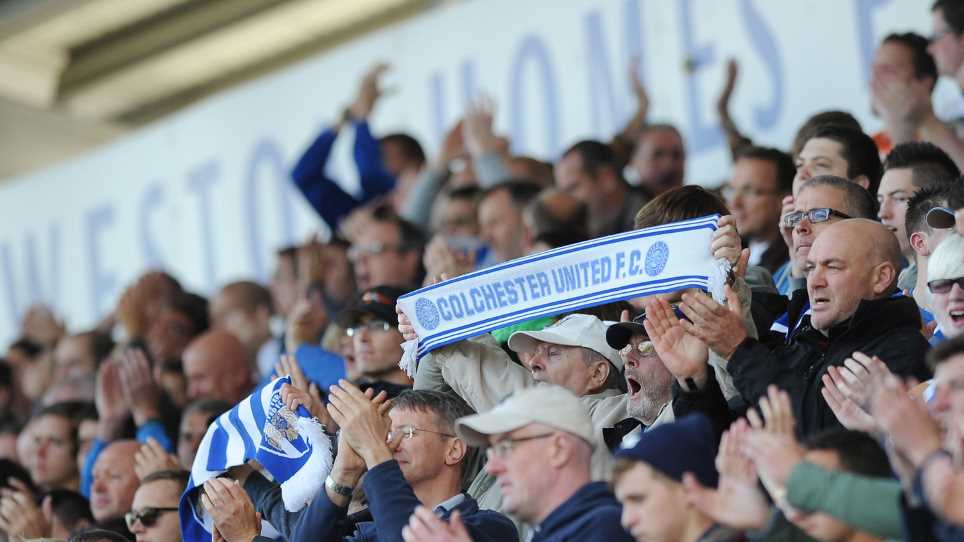 
The U's Carabao Cup tie against Aston Villa is drawing ever closer and several blocks around the stadium are now moving closer to sell out. 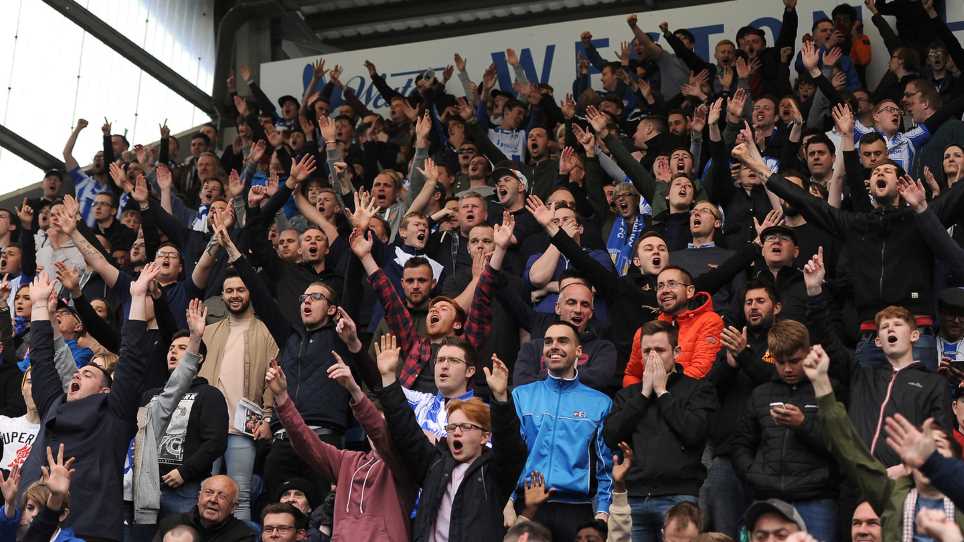 
Tickets are selling quickly for the U's upcoming Carabao Cup tie against Aston Villa at the Weston Homes Community Stadium.