Colchester United will welcome Doug Loft back into the squad for Tuesday's friendly against Ipswich, as they look to continue their positive pre-season record.

Doug has sat out the last two games with a tight calf as a precautionary measure, but will be in contention for a place in Tuesday's side.

Ryan Jackson also came through his return to action unscathed on Saturday and is in the squad for the midweek fixture.

And it will be the first chance for U's fans to see Mikael Mandron on home turf after his arrival at the back end of last week.

Head Coach John McGreal has two friendlies remaining to decide on his starting eleven for the season opener against Accrington Stanley and the games against Town and Gillingham will be a further measure of the team's readiness for the new campaign.

Tickets are available to both sets of supporters online at our www.colutickets.com website, and fans are advised to buy in advance to avoid any queues at the Ticket Office.

Colchester United’s 100% pre-season record was ended by a 1-0 home defeat to Ipswich on Tuesday evening.

After an even stevens first half, the visitors stepped it up after the interval and Joe Garner's powerful header was enough to separate the two sides in the latest friendly between the two teams.

His 57th minute effort was the first - and only - goal that the U's have conceded in pre-season, as Town added this win to their 3-1 victory over Peterborough United.

The best chances of the first half switched between the two sides as Sean Murray’s free kick was punched away by returning keeper Gerken in the sixth minute.

Ipswich’s best opportunity of the first 45 minutes came when Sam Walker came rushing off his line to clear a through ball out of the box. It immediately fell to Ipswich’s Danny Rowe, whose long range effort was headed onto the crossbar by Cameron James and then the following rebound was comfortably saved by Walker.

The U’s had a good chance later in the half when Eastman’s header at the back post from a corner was cleared off the line by defender Kenlock.

The away side’s Conor McKendry saw two strikes go wide of the post as his first one was hit from distance but failed to test Walker, while the second one was shot just outside the area and rolled to the right-hand side of the goal after cutting inside from the right wing.

Clear cut chances were hard to come by and both defences will have been pleased with their first half efforts.

Town made three changes at the break and they had an impact on their performance after the restart.

Manchester City loanee Celina picked up the ball on the left wing and curled an effort towards the far corner, which was pushed away for a corner by Sam Walker.

The U’s had the next opportunity of the second half as on 53 minutes new signing Ryan Jackson cleverly dribbled the ball through the legs of the Ipswich defender and sent in a cross which no home player could connect with to score the first goal.

However just four minutes later, the first goal of the game did come and it was scored by Ipswich.

It began with Miles Kenlock who picked the ball up near the touchline of the left wing, he ran past Jackson and then crossed the ball into a crowded penalty area.

The first player to get to it was Joe Garner, who powerfully headed past the helpless Walker from six yards.

The U's, who had to work hard for any possession after the break, did have a few chances to equalise but failed to do so as Kinsella’s cross was taken away from the run of the incoming Szmodics.

A corner 15 minutes later found Johnstone, and his header unfortunately went across the goal and wide past the post.

The final opportunity of the match came to former Colchester player Freddie Sears, whose powerful effort couldn’t get past Walker who saved it at his near post in order to prevent it from going in and forcing a corner.

It was another useful exercise for the U's and more valuable minutes in the bank, but it was Town who won the Alderton Trusler Trophy for the second year in a row.

The U's take on Ipswich Town in their latest pre-season friendly on Tuesday night in a 7.30pm kick-off.

John McGreal's men have won five out of five so far, but will face their sternest test when they take on their Suffolk neighbours.

It is expected to be busy at the Ticket Office before the match, and we would strongly advise purchasing in advance, making use of our Print At Home service.

Tickets can be bought HERE and we look forward to seeing you at Tuesday's game!

Don't forget, too, that with the match kicking off earlier, there is an amended shuttle bus timetable for the latest friendly game. 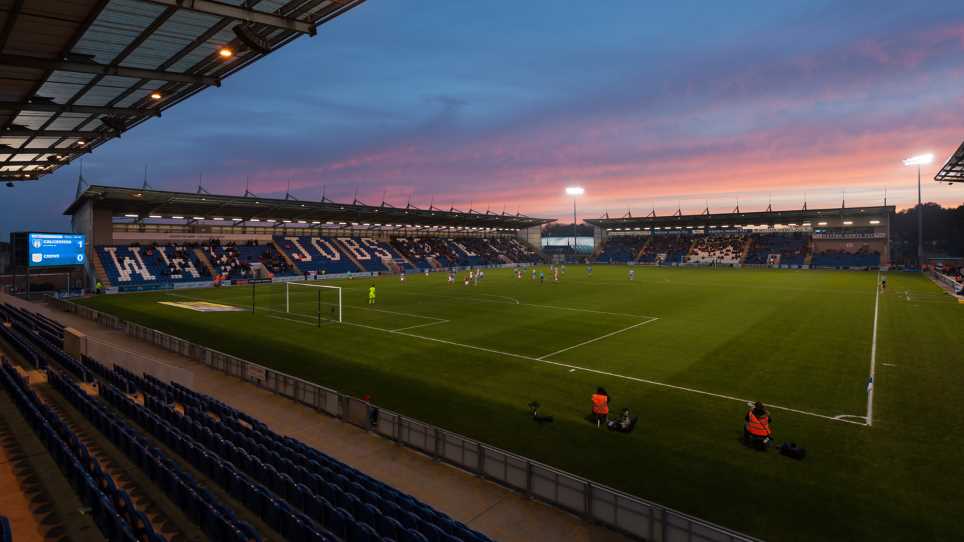 
Friday will be the last day for posting out tickets and parking permits for the U's upcoming friendly against Ipswich Town.