Colchester United go to League Two Champions Lincoln City on the final day of the season, knowing they need a win at Sincil Bank to move into the play-off spots by the time the final whistle blows.

The U's are chasing down Newport who currently occupy seventh spot, and they will also need to leapfrog Exeter City during the ninety minutes of the final weekend of the league season.

John McGreal's men have picked up seven points in their last three games to give themselves a chance of getting into the top seven, and the Head Coach is looking forward to trying to complete a league double over the Imps.

"We know we have to win a game of football – Lincoln will be there to spoil the party but also enjoy their party, because they’ve won the league.

"It’s great that the fans are coming in numbers and it was great against MK. The bond between the players and the fans is there for all to see and we need to continue that, if we want to be successful.

"We’ve not been too bad on our travels and if we win, it’ll be the best away record we’ve had for a number of years which is another little challenge we set ourselves."

Tickets for the game are now off sale to U's fans, but we will be backed by around 700 supporters at Sincil Bank on the final day.

There was late, late heartbreak for Colchester United on Saturday, as they came within three minutes of sealing a play-off spot, only for equaliser in the dying moments of their match to snatch it away from the U’s.

In an outstanding first forty-five minutes, the U’s swept Lincoln away with a display of high tempo, livewire attacking matched with some resilient defending when required.

For 80-odd minutes, it looked like the dream was on, with Newport trailing to Morecambe and Exeter unable to get the goal they needed against Forest Green Rovers.

But Jamille Matt found the back of the net with three minutes to go at the Globe Arena, and the U’s were left to rue what might have been on Saturday.

The home side had started the game the stronger, but the U’s held them at bay and went on to put on one of their best forty-five minutes of the season as they raced into the lead.

First, Brennan Dickenson whipped home a corner to give the U’s the advantage, before Sammie Szmodics stooped to conquer as his low header beat Josh Vickers.

Szmodics then hit the post, before ten minutes later his hard running saw him block Vickers’ clearance and react to slide the ball home into the empty net.

The Imps left the pitch to boos at half time, with the U’s fans knowing that their side were well on their way to a play-off spot.

They started the second half on the front foot, too, as a driving Nouble run saw him crash another shot off the post with Vickers beaten.

Lincoln prompted and probed, without truly worrying the U’s back four, and the visiting side’s spirit was exemplified when they charged out to close down a close range free kick after Ross picked up a back pass.

The game started to slow down, with the U’s fans happy to sit in a protect their advantage, and Lincoln already settled as champions.

All eyes were on results elsewhere, with the scorelines still as they were at half time and, as the clock ticked down, the U’s were beginning to believe.

But, late on, the dream was snatched away from John McGreal’s men, as Newport got the equaliser that they craved.

The U’s had been in the play-offs for much of the season, in the top seven for much of this game, but Matt’s effort for Newport ensured it would be they that took the spot on Thursday night against Mansfield Town.

The U's task is now clear as they head to Lincoln City on Saturday - and we need your support at Sincil Bank!

John McGreal's men must win against the champions on Saturday and hope that Newport and Exeter's results go in their favour at the weekend.

Tickets have been selling well for the U's final league game of the season, and prices for this ALL TICKET game are as follows:-

Tickets will come off sale at midday on Friday 3rd May - please contact us by 2pm on Friday if your tickets have not arrived in the post. 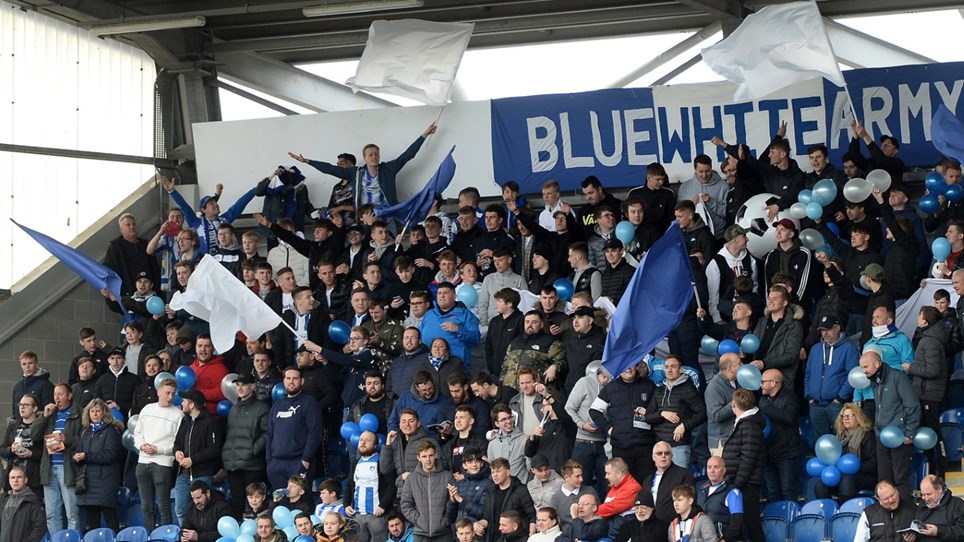 
There are currently just under 700 tickets remaining for the U's massive away day at Lincoln City.