The pacey 20-year-old had had to bide his time to make an appearance after injuring his anterior cruciate ligaments ahead of the 2016/17 season.

But, after being introduced from the bench late in the game on Saturday, he marked his debut with a goal right on the brink of full time.

"It was a really special day for me," Courtney said after the game.

"It was hard to take when I first got injured and there have been plenty of ups and downs along the way, but I am really happy to be back now.

"I have been working really hard to get fit with Tony Flynn and Alex Pacey and I knew I had to make sure I was ready and do all I could to make sure the injury didn't come back.

"I had trained with the first team through this week and obviously the manager liked what he saw, so it was great to be able to come on and make an impact." 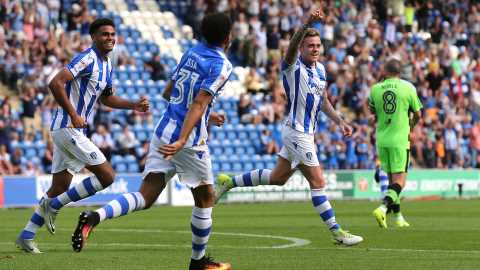 The former Brentford man is in the squad for the U's game against Reading U21s in the Checkatrade Trophy and is eager to get back out onto the pitch in the U's latest outing.

"Hopefully I can play again on Tuesday and get more minutes under my belt, whether that's starting or coming on and making an impact again.

"Saturday was a great day for me and the club and now we have to build on that."