Colchester United extended their unbeaten start to the season with a 1-1 draw away at newly promoted Barrow AFC.

The U's lined up with one change from last weekend's victory over Bolton Wanderers, with Callum Harriott coming into the starting eleven, with Luke Gambin dropping to the bench.

Luke Norris was included in the matchday squad for the first time this season after recovering from injury.

Barrow were the first side to work a chance in the game through Scott Quigley. His weaving run got the better of Welch-Hayes before he dragged the shot wide of Gerken's far post.

United were playing some good football in the opening fifteen minutes as well with Brown, Senior and Poku all combining well.

But it was Callum Harriott who went closest for the U's on seventeen minutes. His looping shot was palmed over by a backpedaling Joel Dixon in the Bluebirds' goal.

The vsitors were lucky not to be behind after twenty-seven minutes when Scott Quiqley met a corner unapposed at the back post. His header flew wide, as the U's were let off.

But it was United who got their noses in front, and in spectacular fashion, with thirty-four minutes played.

Noah Chilvers rocketed the ball into the top corner with his left foot to give the U's the lead and score his first professional goal.

Chilvers' strike was the difference as the sides went into the break.

It took the home side just nine minutes to equalise as the teams came out for the second half though.

A fine drive from Mike Jones found the top corner with Gerken having no chance.

Bramall went close to retaking the lead for the U's three minutes later when his driven free kick had to be punched away by Dixon.

With sixty-eight minutes played, Barrow went closest to taking the lead through Scott Quigley. He cut in from the left hand side and curled a shot towards the far post, only to be denied by the post with Gerken rooted to the spot.

Both teams were going for the win in the final fifteen, taking it in turns to press forwards in an end to end finish.

But Welch-Hayes had the best chance to win it for United in injury time. He was left free at the back and attacked the header but was unable to keep it down as the ball whistled over the top of the bar.

As the full time whistle blew, the scores were level, with both teams deservedly taking a point.

The result leaves Colchester United in eighth position in the table, with five points from three games.

Next up for the U's is the second group match in the EFL Trophy as West Ham U21s come to the JobServe Community Stadium on Tuesday night. 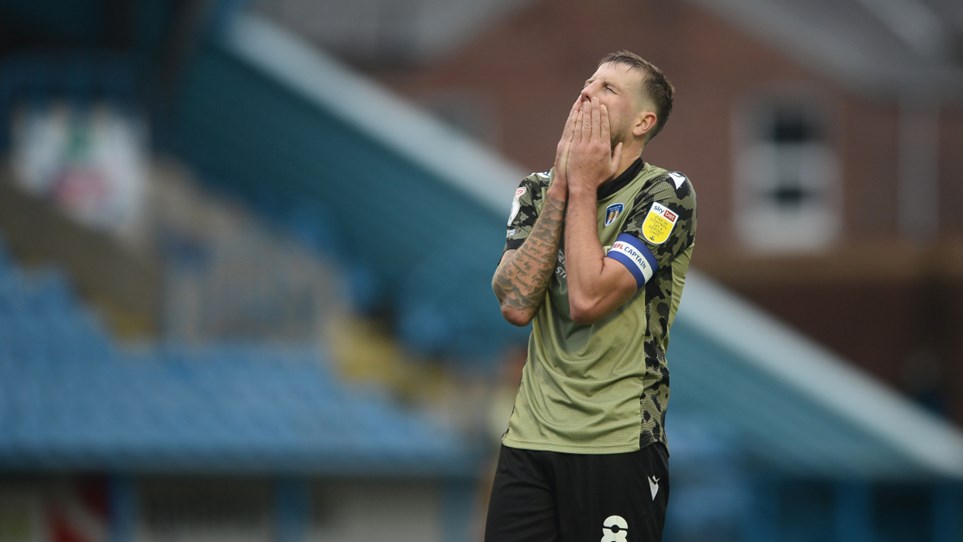