A first half goal from Jon Guthrie condemned the U's to defeat in their first home game of the season on Saturday afternoon, despite the visitors playing the last few minutes of the game with ten men.

Colchester United lined up with two changes to the starting line up from Tuesday evening's defeat at Birmingham City, with Luke Chambers and Alan Judge recalled to eleven against Northampton Town.

They replaced Miles Welch-Hayes and Noah Chilvers, with Luke Hannant replacing Samson Tovide on the bench to be included in the first matchday eighteen of the season.

The game started in a fairly even fashion, with both sides happy to feel their way into the opening twenty minutes. Colchester United had the better of the half chances created, with Luke Chambers winning a couple of quickfire corners in front of the travelling fans.

But was the those travelling fans that were cheering after twenty-five minutes when Jon Guthrie nodded his side ahead. From a curling, in-swinging free kick, Guthrie had slipped his marker and attacked the ball with George making a good initial save. But the U's 'keeper could do nothing about the follow up as Guthrie was allowed the space to tap into the empty net.

The U's tried to rally and get themselves a foothold in the game, with Jasper looking to create as he did against Birmingham City in the Carabao Cup on Tuesday evening. Despite their efforts, the U's were a little lucky not to be trailing by two goals at the break, when Luke Chambers had cleared an effort off the line from Etete in the five minutes of added time.

There were no further goals before the break, as the U's trailed 0-1 heading into the changing rooms.

As they had to at the start of the second half, Colchester United started brightly, but were still unable to break down a stubborn visiting defence. The best chance of the game for Hayden Mullins' side came with twenty-five minutes to play when second half sub Freddie Sears found himself clean through. But the pressure from the onrushing Liam Roberts meant that he was able to palm the ball away and out for a corner, which was subsequently cleared.

Sylvester Jasper had an equally good chance to get his first goal for the U's with less than twenty minutes remaining. Good work from Freddie Sears allowed Ryan Clampin to deliver a cross to the Fulham loanee who saw his effort blocked by Shaun McWilliams inside the six-yard area.

The task of holding out for a slender victory for the away side became more difficult late on when Fraser Horsfall was sent off for handball when the U's would have been clean through, though there was only five minutes left to play.

The final big chance of the game fell to Tom Eastman who saw his header across the goal mouth bounce through a number of players before finally dribbling out for a goal kick, as the U's fell to a 0-1 defeat at home.

The result leaves the U's in seventeenth position with one point. The next visitors to the JobServe Community Stadium are Mansfield Town, who picked up a second league win today over Newport County, leaving them third in the League table. 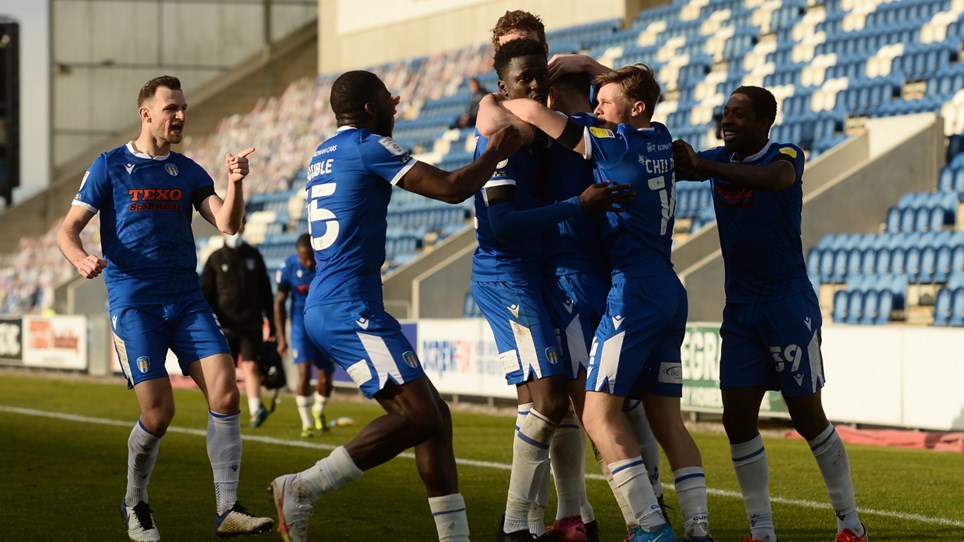