After playing out an entertaining draw against Watford last week, the U23s are on the road this week looking to get the better of the current league leaders, Ipswich Town.

The Tractor Boys headed to the top of the league last week with a win against the then leaders Millwall, winning 1-0 on the road.

Josh Bohui and Trialist were on target for the U's last week who added a point to their tally in a 2-2 draw, moving them up one place to sixth in the table.

Earlier in the season, Richard Hall's side were beaten 2-0 at the JobServe Community Stadium by the Ipswich U23s side, with Keanen Bennetts and Albie Armin on target for the visitors.

Hall's side will be wanting to get one over on their neighbours with a result at Playford Road this afternoon. 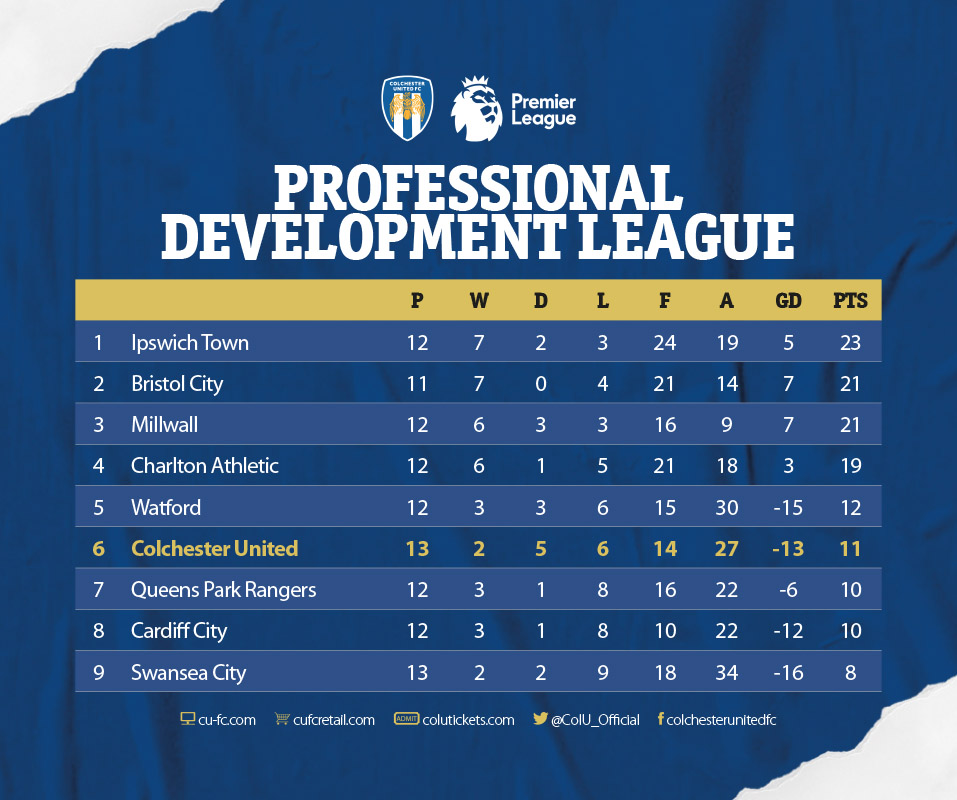