Colchester were looking to get back to winning ways against Salford City after Gillingham ended their unbeaten streak to start 2023 at the weekend.

The first half was a well contested affair, with both sides only able to fashion half chances and neither keeper being tested with any dangerous efforts.

A chilly first half in Essex came to a close with John Akinde going close for the U’s, but his header could not beat the Salford ‘keeper.

Tom Dallison was withdrawn just after half an hour with Fiacre Kelleher coming on to make his home debut.

Salford scored early in the second half. Connor McAleny poked the ball home after Matt Smith’s headed effort had hit the woodwork.

However, the U’s found a way back into the game courtesy of Kelleher, who sent a looping header home to level the scoring.

The U’s had more opportunities to win it throughout the second half, but the match ended in a draw with both sides picking up a single point.

Matt Bloomfield made two changes to the side that suffered defeat at the weekend, Arthur Read and Samson Tovide were named in the starting XI in place of Ossama Ashley and Matt Jay.

Salford came into the game on the back off their own mini winning streak, having won their last two league fixtures.

The Head Coach’s changes saw a return of two strikers and both Akinde and Tovide worked well together in the opening exchanges, forcing the visitors back and retaining the ball in dangerous areas.

Salford had the best chance of the first ten minutes, Smith powering a header across goal, but Kieran O’Hara was equal to it and pushed the ball out for a corner.

Bloomfield’s men countered with a well work attack. A well-placed ball from Connor Hall to Noah Chilvers saw the youngster with space in behind, but his attempted cross to Akinde was blocked by the head of Theo Vassell.

The Ammies grew into the game as it went on, fashioning a few half chances that were of no concern to the U’s defence.

Tom Dallison was called into action on the twenty-two-minute mark after Salford had successfully broken in behind. The U’s No. 6 flew across and managed to clear the ball for a corner.

McAleny then had a big chance to open the scoring, latching on to a ball over the top before lashing his volley into the south stand.

Junior Tchamadeu had a chance up the other end for the U’s, unleashing a strike from outside the box that sailed into the opposite stand at the Jobserve Community Stadium.

Dallison picked up a knock after making a heavy challenge on a Salford player. He could not continue, and Kelleher came on to play in front of a home crowd for the first time.

A scramble in the box occurred in the closing stages of the first half, with the ball loose from a Salford corner, there were a series of deflections that eventually led to O’Hara gathering the ball.

Akinde had a free header in stoppage time after the U’s worked a free-kick well, but his effort was straight into the hands of Alex Cairns.

The half-time whistle blew not long after Tovide received some treatment for a head injury, with neither side able to break the deadlock.

With no changes from either side at the break, the U’s were looking to find a way through the Salford defence and into the lead.

Chilvers had the first real opportunity of the second half, he broke found space inside the box after some good work from Tovide, but his driven strike was blocked by Vassell.

However, the visitors struck just moments later, McAleny pouncing on a Smith rebound to knock the ball past a scrambling O’Hara to give Salford the lead.

Akinde nearly had an opportunity to equalise for the U’s soon after, a ball played in by Tchamadeu was taken well by the striker, but he could not get his shot away in time.

The pressure was mounting from the boys in stripes with Salford forced back into their own box for a period. A series of crosses entered the area, but there was no one on hand to convert.

Chances kept on coming for Bloomfield’s side, with Akinde and Chilvers having more opportunities to level the scoring but never able to find the finishing touch.

Eventually, the pressure amounted to a goal and it was the substitute, Kelleher, who got it.

His looping header from a ball delivered by Luke Chambers settled in the far corner to draw the U’s level.

Matt Jay replaced Akinde after the leveller went in, as Colchester looked to capitalise on their momentum.

Read sent a dipping effort towards the bottom corner from thirty yards out, forcing Cairns into a superb save once again.

Tovide again went inches away with fifteen left to go. He controlled the ball in the box with excellence and pulled the trigger, but a last gasp blocked prevented the ball from flying towards goal.

Tchamadeu then pulled the trigger having found space on the right hand side, but his attempt whistled over the crossbar.

Chilvers pulled off some special moves to beat three Salford players on the far touchline, winning the U’s a corner that Chambers was nearly able to convert.

With four minutes to play, Cairns pulled off an incredible save to deny Skuse from a winner. His thunderous effort required a fingertip stop to prevent the ball from rifling into the top corner.

As we entered three minutes of additional time, it looked like either team could win it. Salford came close through a set piece but the match ended 1-1 in the end.

The U’s move up to eighteen with the addition of a point, with a trip to twenty-second placed Hartlepool United on Saturday afternoon. 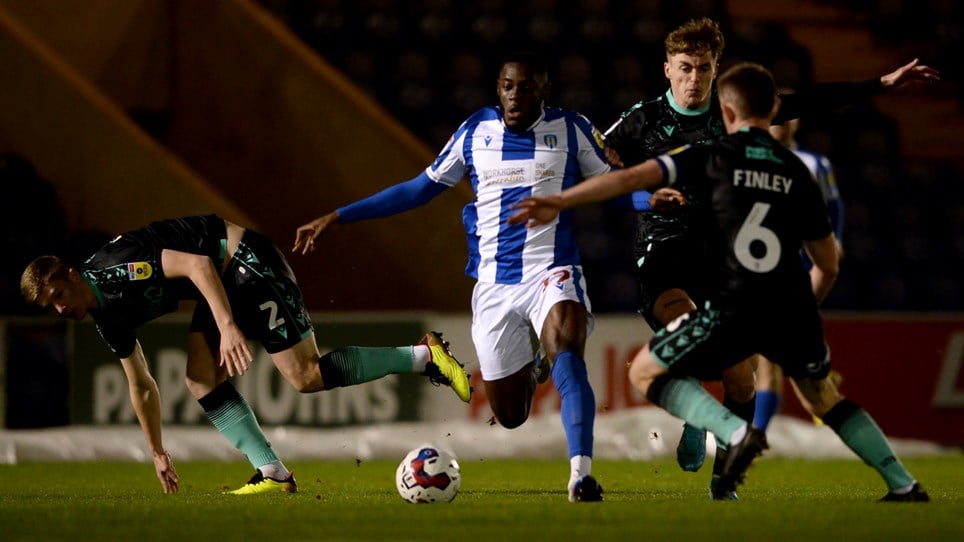 
Colchester United exited the Papa Johns Trophy after a 2-1 defeat to League One Bristol Rovers at the JobServe Community Stadium. 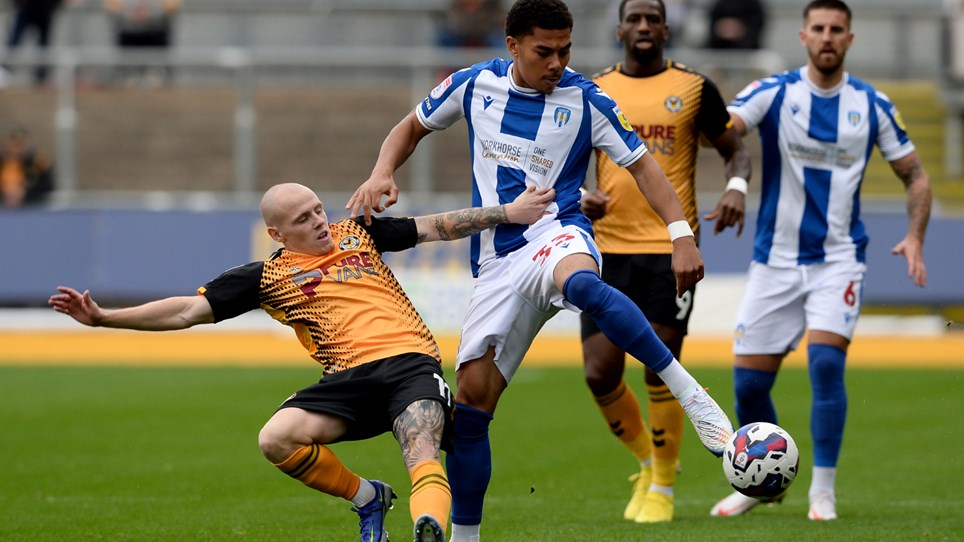 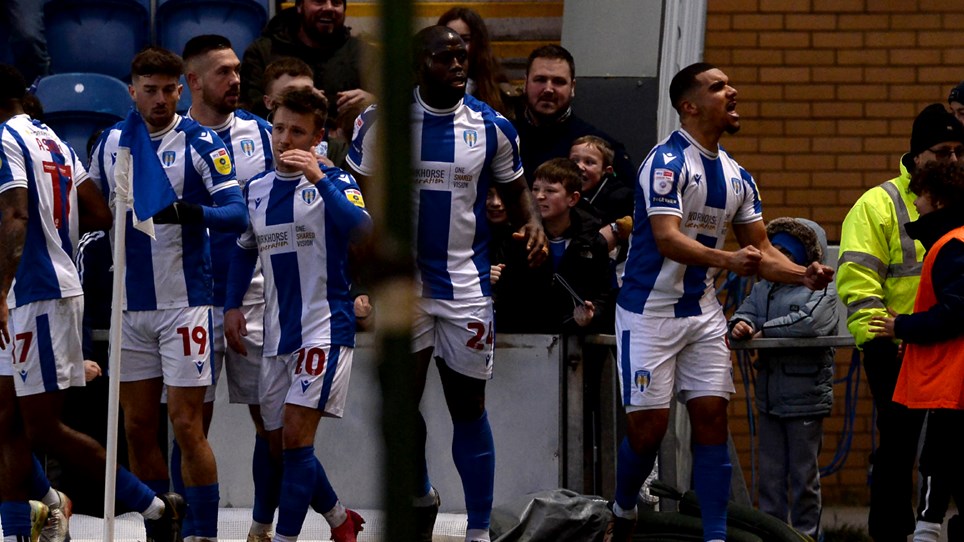 
Matt Bloomfield’s side left it late to snatch a point against Barrow after a feisty affair at the JobServe Community Stadium. 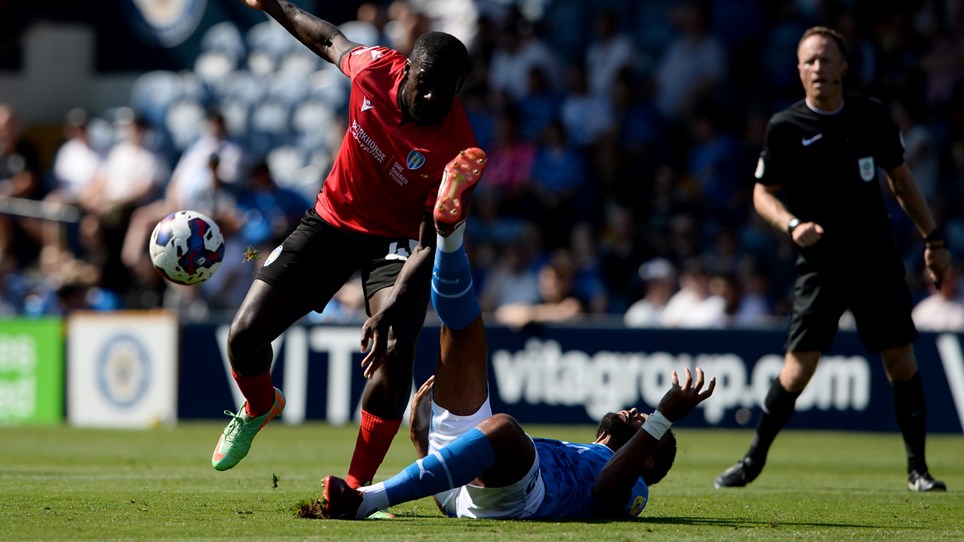 Watch The Midweek Show on Col U TV


Lee Partridge is back in the Col U TV studio to bring you all the latest news from the JobServe Community Stadium. 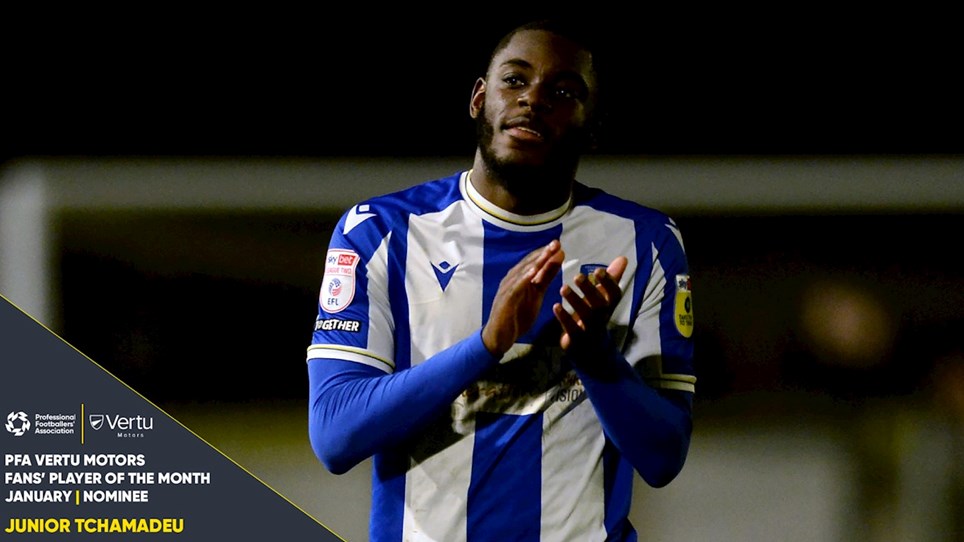 Tchamadeu Nominated For PFA Player Of The Month


Colchester United defender Junior Tchamadeu has been nominated for the PFA Vertu Motors Fans’ Player of the Month. 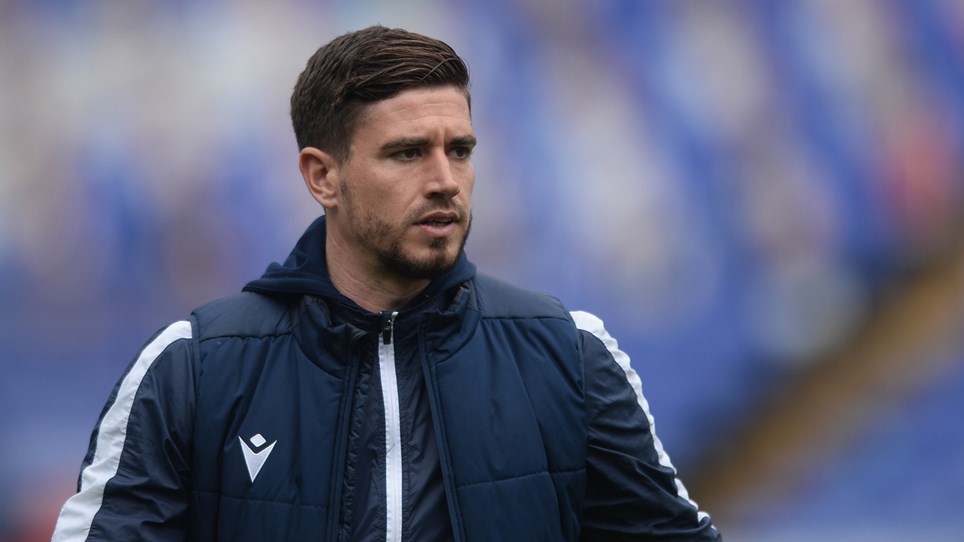 U's Out Of Essex Senior Cup


Colchester United have been eliminated from the Essex Senior Cup after a second half comeback by Braintree Town - the visitors winning 3-2. 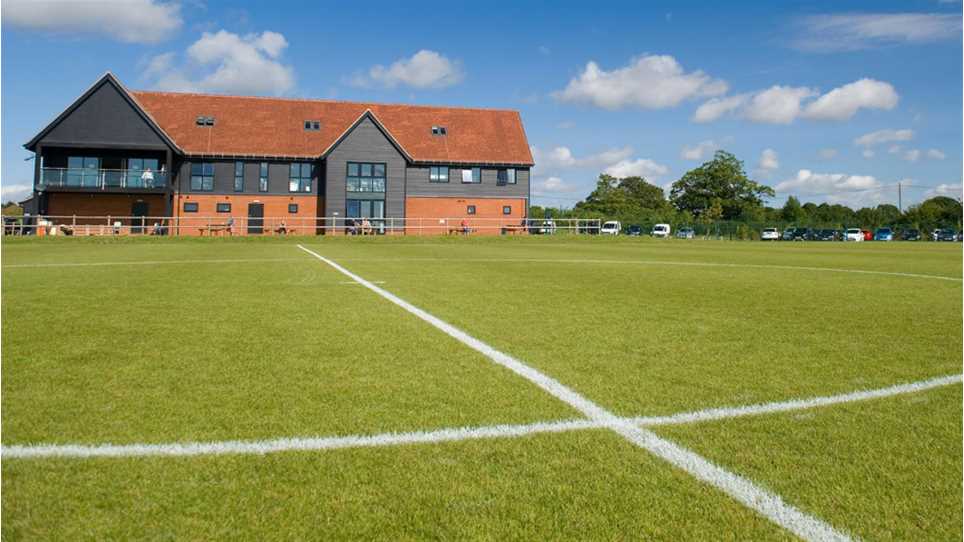 
In a game of four goals, two red cards and lots of incidents, the points were shared in the Professional Development League match between the young U’s and QPR.